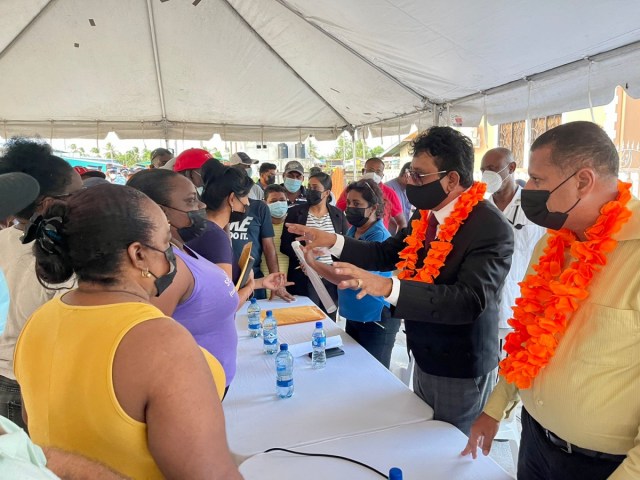 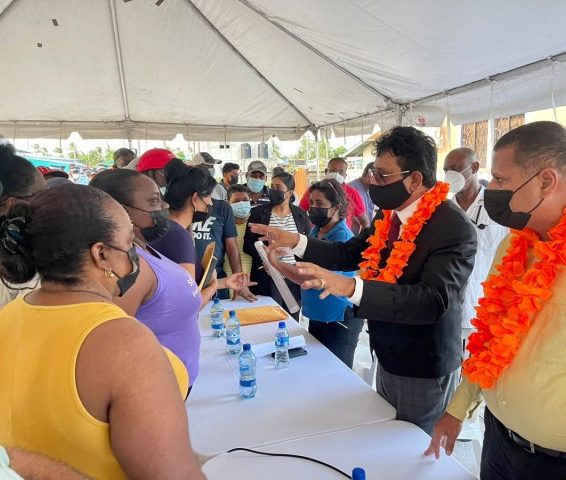 Zeelugt residents to get land titles after more than 20 years

In about three months, residents of Zeelugt, East Bank Essequibo, Region Three will finally receive their land titles after more than 20 years of waiting.

On Friday, Attorney General and Minister of Legal Affairs Mohabir, Anil Nandlall, SC, and Housing and Water Minister, Collin Croal, led officials from their respective Ministries and officers from the Sugar Welfare Fund (SILWIF) to meet with Zeelugt residents.

The purpose of the meeting was to commence a process that will eventually result in the grant of Certificate of Titles to approximately eighty-seven (87) households in that community. These persons were either employees of GuySuCo or their descendants who had been allotted house lots as far back as 1997. Unfortunately, titles for these lands were never granted to the allottees, although the block title was passed from GuySuCo to SILWIF. An occupational survey plan has already been completed and the processing of the titles to individual allottees will now begin.

Residents of Zeelugt at the meeting with the ministers on Friday

”It embraces several components, including allocation of house lots, allocation of houses, partnerships with the private sector in the establishment of housing schemes, regularization of squatter settlements, as well as, addressing anomalous situations where for some technical reason persons have not received Titles for lands they have been occupying for protracted periods. The current exercise falls into the latter category.”

Minister Nandlall also stated that President Dr. Irfaan Ali has given him a special mandate to work in collaboration with other government agencies to address these technical legal deficiencies, which frustrate the process of persons receiving Titles to land to which they are entitled. The Minister reminded that a similar process was recently concluded which saw Certificates of Title being granted to over fifty (50) families at Non Pariel, East Coast Demerara. Similar processes are currently ongoing at Number. 46 village Corentyne, Cotton Tree and Number. 3 village, West Coast Berbice.

Minister Croal used the occasion to update the residents on the activities of his Ministry in Region 3, specifically in the drilling of a new well at Parika which will improve water supply on the East Bank of Essequibo, including Zeelugt. The Minister also addressed a number of other issues raised by the residents in relation to the Housing and Water sectors.