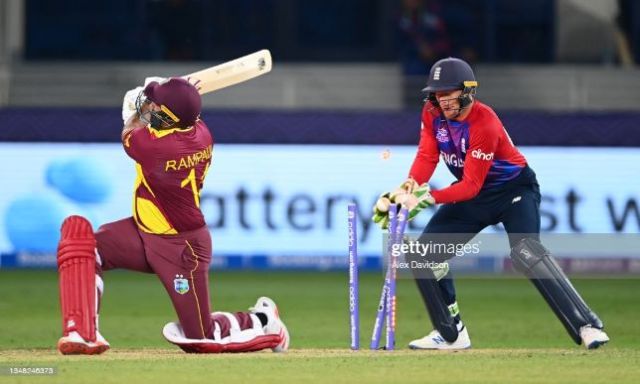 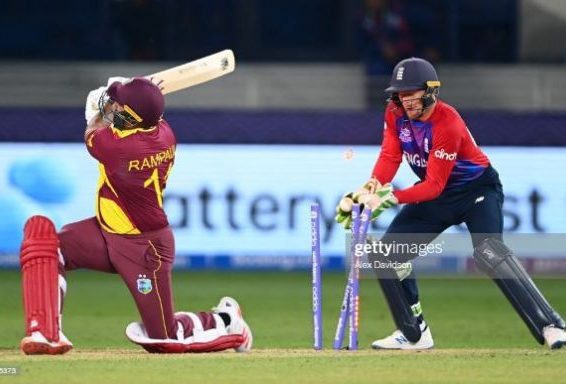 England bowled West Indies out for 55 as they made a stunning start to their Men’s T20 World Cup campaign with a six-wicket win in Dubai.

In a near-perfect bowling performance, England humiliated the defending champions by dismissing them in 14.2 overs.

Adil Rashid took a barely believable 4-2, while Moeen Ali and Tymal Mills were brilliant, both claiming 2-17.

Chris Gayle was the only West Indies batter to reach double figures in a feeble batting display – their second-lowest total against England in T20s.

Although England lost four wickets as they attempted to wrap up victory and increase their net run-rate in Group 1 of the Super 12s, it was still a statement opening win from the world’s top-ranked side and one of the tournament favourites.

Opener Jos Buttler ended 24 not out as the chase was completed with a massive 11.4 overs to spare.

England – bidding to become the first team to hold the 50-over and 20-over World Cups at the same time – face Bangladesh in Abu Dhabi on Wednesday and Australia in Dubai next Saturday.

Earlier on Saturday, Australia held their nerve to chase 119 and beat South Africa by five wickets in Abu Dhabi. (BBC.COM)