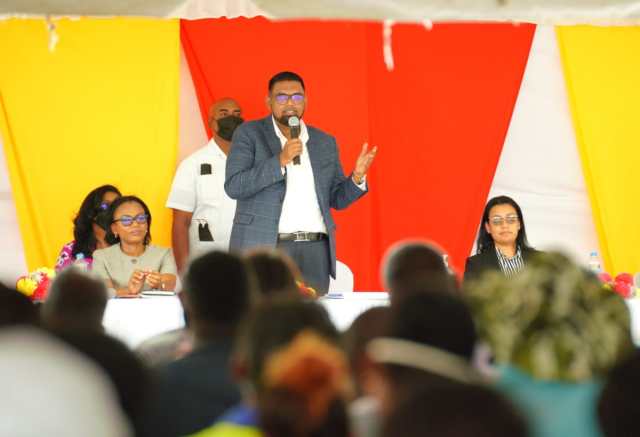 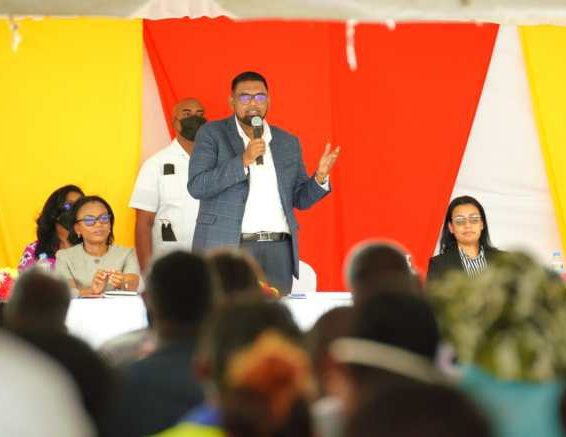 President Dr Irfaan Ali today announced that Region Six (East Berbice-Corentyne) is slated for a massive transformation across all sectors.

The Head of State and his Cabinet are on an outreach exercise to the region.

During his first stop at the Drop-in Centre in Smithfield, New Amsterdam, the Head of State made a few major announcements.

It was also announced that more than six proposals for small refineries in the Region have been received.

To supplement the possibility of refineries and other related projects, the Guyana National Training Centre will also be established in the region.

He said that more than $160m will be spent in “phase one alone” of the training centre, which will be used to train young people in oil and gas and the hospitality sector.

“These are the real investments.”

The President added that Berbice will also see the construction of its own national stadium, which will be supported by the development of an urban centre.

“To support that national stadium, we are going to build a new urban centre. We already have proposals for state-of-the-art modern hotels, malls, private hospitals and a whole lot more other commercial activity that will come here and commence before the end of this year.” 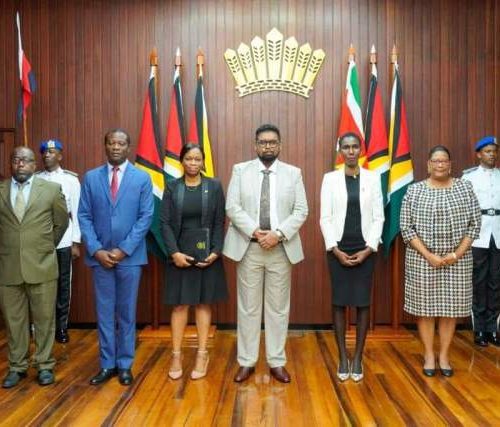 He also said that plans are in the pipeline to upgrade the Canje/Rose Hall aerodrome to make it into a municipal airport, similar to the Ogle Airport on the East Coast of Demerara.

It was announced that the region will get two call centres. He said that resources for their construction have already been budgeted and that work will commence soon. This initiative, the President noted, will bring hundreds of jobs to East Berbice-Corentyne.

He explained that in the region alone, billions of dollars have been spent within the last two years to uplift the lives of its people.

The President also listed the current developmental programmes, from road construction to housing, to benefits for the health sector. He said that all of these things are happening while his Government continues to navigate global issues, including Covid-19, the War in Ukraine and the Supply Chain crisis.

“Our job is to work with every single stakeholder to ensure that we build a region and a country that create sustainable opportunities for all.”