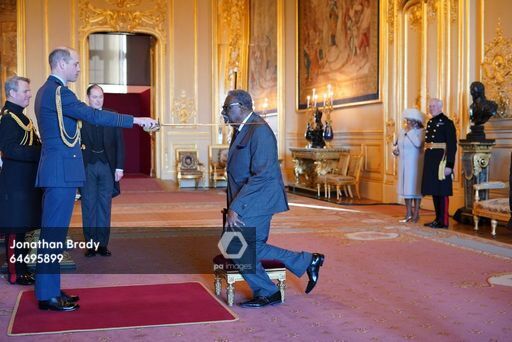 Cricket legend Clive Lloyd has finally received his knighthood after the ceremony was delayed due to Covid.

He made a huge contribution to Lancashire’s one-day successes and went on to win two One-Day League titles in 1969 and 1970 and four Gillette Cups between 1970 and 1975, with a memorable 126 against Warwickshire in the 1972 final at Lord’s.

After retiring Lloyd, who is a huge Everton fan, coached the West Indies and worked for the International Cricket Council before settling in Greater Manchester.

The Lancashire legend is a Vice President at Emirates Old Trafford and was on the Club’s Committee from 1993 until 2012.

Lloyd, a left-handed batsman, played in 110 Tests and 87 One-Day Internationals, making his Test debut in December 1966 against India.

He captained the West Indies between 1974-84 and is one of the most successful Test captains of all time. During his captaincy the side had a run of 27 matches without defeat, which included 11 wins in a row.

He was also the first West Indian player to earn 100 international caps.

In 1971, Lloyd was also named as Wisden’s Cricketer of the Year, while in 2009 he was inducted into the ICC Cricket Hall of Fame. (Itv.COM)