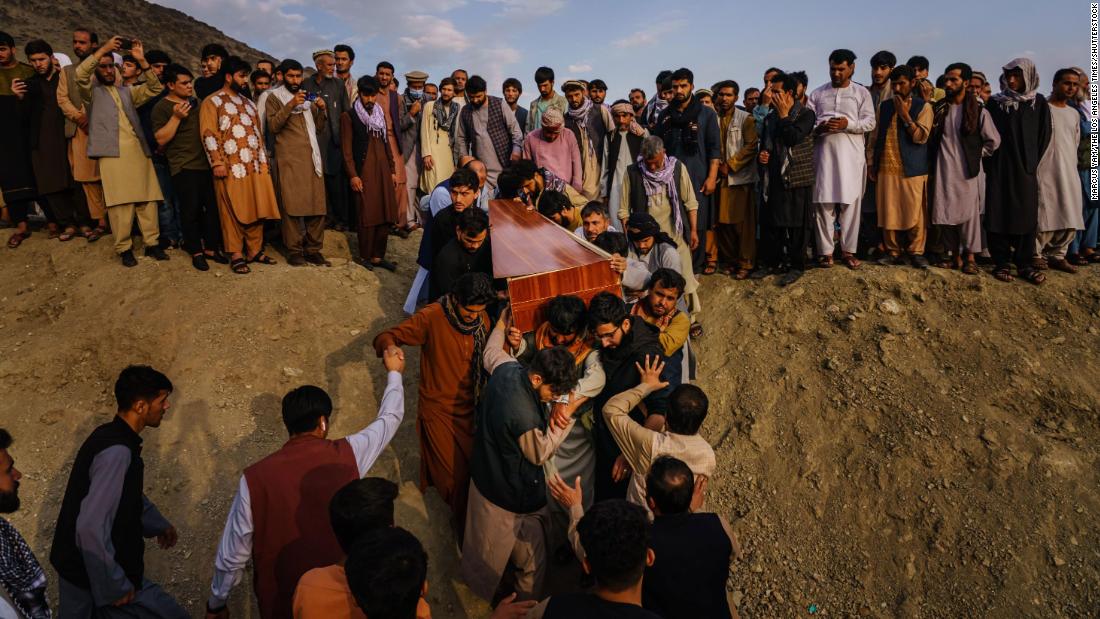 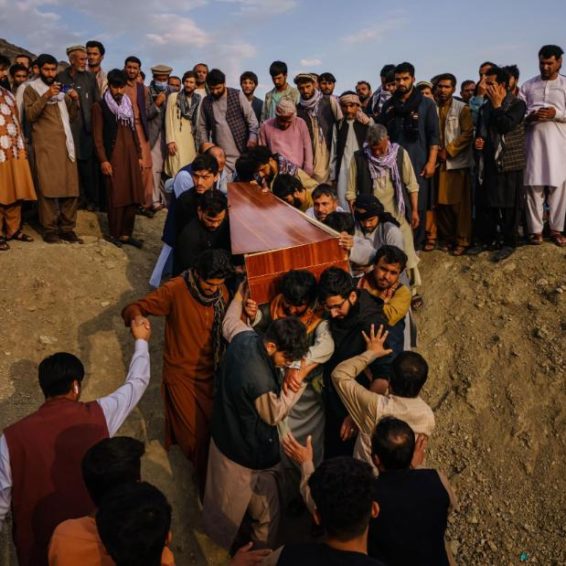 ‘We want justice,’ say relatives of 10 killed in US airstrike that officials now call ‘a mistake’

1 month ago·2 min read
ShareTweetPinShare
Home
World News
‘We want justice,’ say relatives of 10 killed in US airstrike that officials now call ‘a mistake’
Zamarai Ahmadi and nine other civilians, including seven children, were killed in a US airstrike in Kabul on August 29. For nearly three weeks, US officials kept insisting the strike was “righteous” and that at least one ISIS-K facilitator was killed.
On Friday, the Pentagon admitted it was a tragic mistake. Zamarai Ahmadi, a 43-year-old technical engineer at Nutrition and Education International, a US nonprofit, had no ties with ISIS-K.
Emal Ahmadi told CNN that while the acknowledgement by the US that his older brother was a victim and not a terrorist brought the family some solace, they are still struggling to understand what happened.
They wanted a new life in America. Instead they were killed by the US military
“The US [knew] that inside this area, inside the car, [were] children, why [did] they target innocent [people] in this area?” he asked.
Read More
His daughter Malika was killed in the attack alongside her uncle, her seven cousins and another child. She was just two years old.
“They are, all of them, innocent, like my cute daughter … she was so lovely,” Emal Ahmadi said.
He spoke to CNN inside the damaged family home, a two-story house in a tidy Kabul neighborhood that Zamarai Ahmadi shared with his three brothers and their wives and children. The green metal gate, pierced through with shrapnel three weeks ago, is now guarded by the Taliban. On the streets outside, children are playing.
No one has cleaned the site or removed the debris still scattered around the compound. The burnt skeleton of a white Toyota Corolla, the target of the drone strike, is still in the middle of the yard, its roof blown off. Several of the children were in the car when the missile hit, the family said. Their little sandals, charred and deformed by the heat of the explosion, lying on top of the debris.
On the kitchen counter upstairs, two potatoes, a knife and bright red spice rest prepared next to the cooking pot. A reminder of a family dinner that never happened.
CIA warned children were possibly present seconds before US missile killed 10
Emal Ahmadi said no US officials have reached out to the family directly.
US Secretary of Defense Lloyd J. Austin III has offered his condolences in a statement issued on Friday, calling Ahmadi an “innocent victim” whose activities were “completely harmless.” “We apologize, and we will endeavor to learn from this horrible mistake,” he said.
Gen. Frank McKenzie, commander of US Central Command, said the Pentagon was considering reparations payments to the family and said that while it was “very difficult” to reach out to people “on the ground in Afghanistan,” they will be attempting to do so.
When asked what they want from the US, Emal Ahmadi and his brother Romal, whose three children — Aayat, 2, Binyamen, 6, and Armin, 7 — were also killed in the strike, said “justice.”
At a dusty Kabul cemetery where his children, brother and other family members were laid to rest just few weeks ago, Romal Ahmadi told CNN he wants the drone operators to to be tried for the killings in court.
The family had to borrow money to pay for the funerals, there were so many at one time they couldn’t afford to pay from their own pocket.
Asked whether he could ever forgive the US for what happened, Emal Ahmadi said “maybe.”
“But how should I do [that] … I lost my family … no one is able to return them back,” he said.