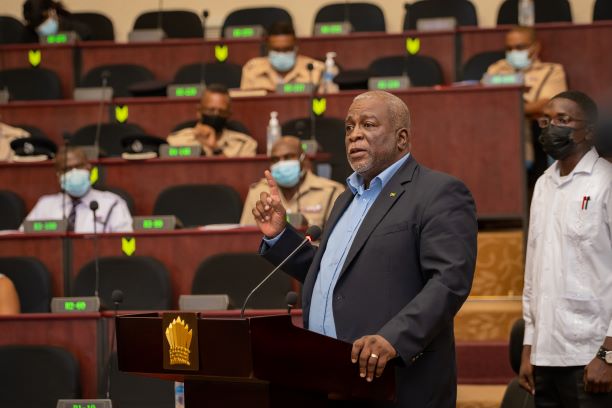 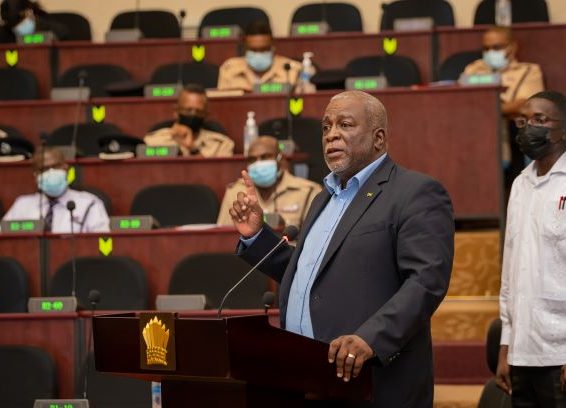 We have to expose corruption, uphold integrity – PM tells police

Acting President, Brigadier (Ret’d), the Honourable Mark Phillips today charged officers of the Guyana Police Force (GPF) to create a culture where “integrity is seen as important for the success of the individual and for the trust and confidence of the force by the wider Guyanese society”.

The acting Head of State reminded officers gathered at the Arthur Chung Conference Centre, for the GPF’s inaugural Integrity in Policing Symposium, that covering-up is a culture that will lead to the failure of any organisation.

“When you see something wrong, you have to report it, you have to investigate it, not cover up…you cannot have a command culture or climate where people are waiting their turn to get into a position to commit abuses and misappropriations; that will not help the force…if you don’t have integrity, your organisation will suffer”.

He also charged the leadership of the GPF to manage the organisation in a consistent and transparent manner, while upholding the tenets of good policing, since one bad apple could tarnish the image of the entire force.

“If we have an officer who sets the bar and is leading and has the right command climate, no-nonsense, not accepting or covering up matters that impinge on the integrity of his subordinates and then we have another commander who is doing something different, it wouldn’t be long before you see the difference”.

The Prime Minister then told the Commissioner of Police (Ag) Nigel Hoppie DSM that every member of the force should have a booklet at all times, with the values and standards of the organisation.

Mr Hoppie, during his remarks, said that some of the ranks do not demonstrate characteristics that are in keeping with the core values of the force when interfacing with members of the public.

This uncharacteristic attitude, according to the Acting Commissioner, results in some ranks being discourteous and unprofessional, using abusive language and excessive force and attempting to use public office for private gains by collecting money for police services.

Aroaima Primary excels at NGSA despite a plethora of hardships

“Some frontline ranks engage members of the public in an impolite, unethical and disrespectful manner, which results in dissatisfaction with police services”.

He called it a challenge that must be remedied.

Among the items on the agenda for today’s symposium was a discussion on approaches to improve integrity by British consultant, Michelle King.

Minister of Home Affairs, the Honourable Robeson Benn; National Security Advisor, Captain Gerry Gouveia and members of the Joint Services were also at the event. (Department of Public Information)