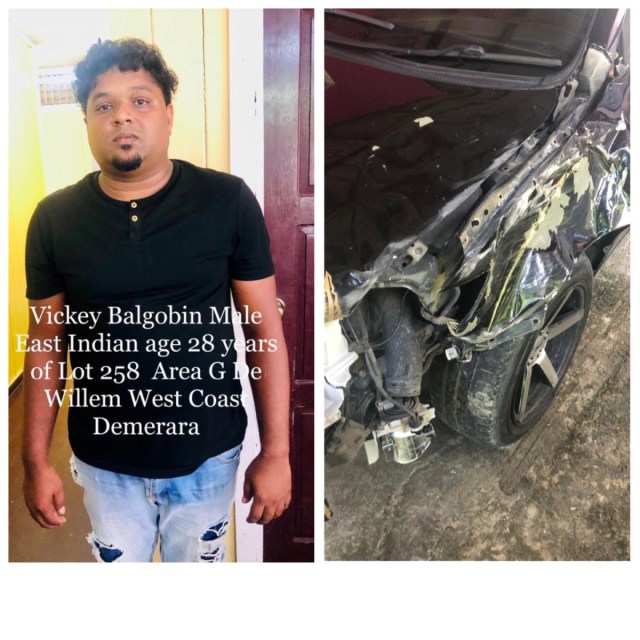 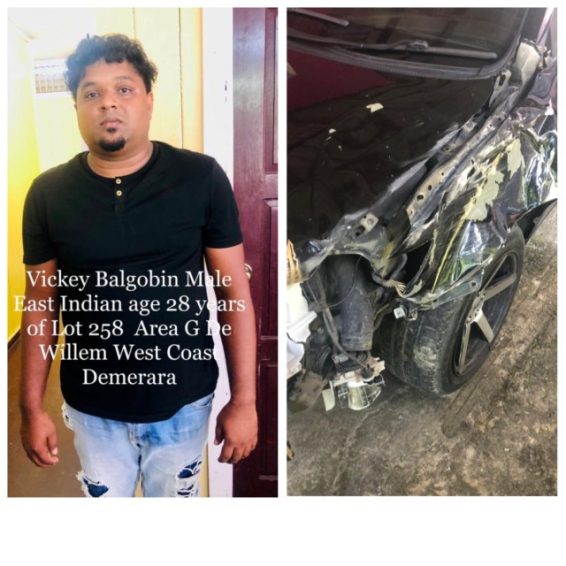 The driver of the motor car, who drove away after fatally hitting a male pedestrian on Saturday night along the West Coast Demerara road and severing his foot, has been arrested.

Commander for Regional Police Division #3 (Essequibo Islands-West Demerara), Assistant Commissioner Mahendra Siwnarine, this afternoon confirmed that the vehicle involved in Saturday night’s hit-and-run fatal accident has been found and the driver is presently in custody.

According to the police, the driver, 28-year-old Vickey Balgobin of De Willem, WCD, has since admitted that he was in fact the driver of the vehicle at the time of the accident.

Balgobin told investigators that the reason he fled the scene was because he “panicked”.

It was reported that 42-year-old Azaad Khan, of Lot ‘S’ Blankenburg, WCD, was crossing the Public Road in the vicinity of the Blankenburg Nursery School when he was struck by a car sometime around 19:45h on Saturday. 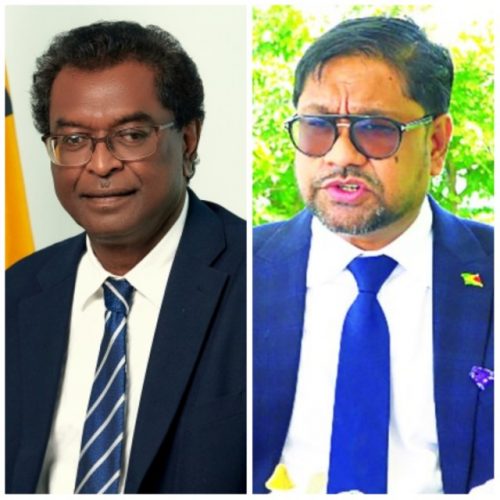 As a result of the collision, Khan fell on the southern side of the road and his left leg, which was severed, landed in a yard four houses away.

The motionless body of the pedestrian was picked up by CPG (Community Policing Group) members along with the Police and taken to the West Demerara Regional Hospital where he was seen, examined and pronounced dead by the doctor on duty.

Khan was positively identified by his relatives, subsequently. The body was then escorted to Ezekiel Mortuary for storage, awaiting a Post Mortem Examination.