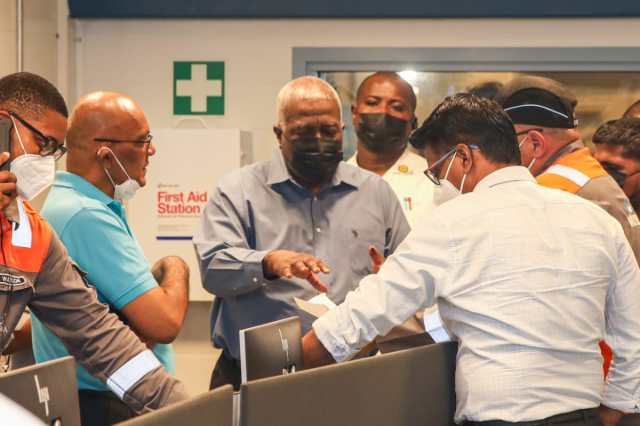 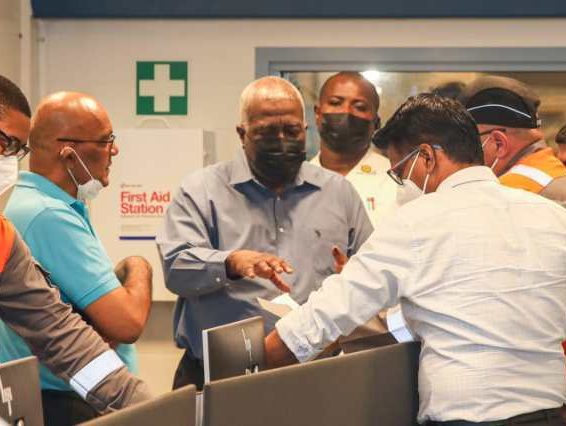 Wartsila liable for any repairs, damages at Garden of Eden Power Station – PM

1 week ago·2 min read
ShareTweetPinShare
Home
Local News
Wartsila liable for any repairs, damages at Garden of Eden Power Station – PM
The content originally appeared on: INews Guyana
Prime Minister Mark Phillips along with GPL CEO Bharrat Dindyal and other officials at the Garden of Eden power plant on Friday

Prime Minister, Brigadier (Ret’d), the Honourable Mark Phillips, held a special emergency meeting with the management of the Wartsila Corporation this evening, where they agreed to immediately dispatch a team of engineers to Guyana to correct the technical challenges that have temporarily halted operations at the Garden of Eden Power Station.

According to the Prime Minister, the facility is still under warranty, and as a result, the
contracted Finnish company would be liable for any and all expenses.

“As a Government, we will ensure that this project is fixed and that Wartsila covers the
cost since there is a warranty in place.”

He said that poor project management during the initial stage of the project by the
APNU/AFC administration has resulted in numerous hindrances.

The Wartsila engines at Garden of Eden

“This 46.5-megawatt project was problematic from the start. The APNU/AFC
Government embarked on this project in a rushed manner. From August 2, 2020, we have
been dealing with a lot of corrective work as we seek to implement this project.”

The Prime Minister added that the generators were also reportedly manufactured in 2018,
before the commencement of the project in 2019.

Late Friday afternoon, the senior government official visited the power station and
announced that operations at the facility will be temporarily halted as a result of technical
challenges being experienced with the generators.

On the advice of the technical officials, a decision was taken to shut down the generators
to avert any occupational safety and health challenges or damages that may occur to the
facility as a result.

“This is a decision that was made based on safety. This is a 55-million US dollar
investment, and precautions are necessary. We don’t want anybody to be hurt just
because we decide to ignore what is happening and run the plant.”

Prime Minister Phillips said that with the Demerara Berbice Interconnected system now
having less supply to cater to the demand for electricity, there may be load-shedding, but
called on Guyanese to be patient.

“I want the people of Guyana to understand from a safety and precautionary standpoint
that it is necessary that we shut down this plant to do further checks. We will make sure
that the problems are fixed. Unlike the previous administration, we intend to ensure that
our people are given the best. One of the objectives of our Government is to end blackouts, and I intend to see that come to past.”