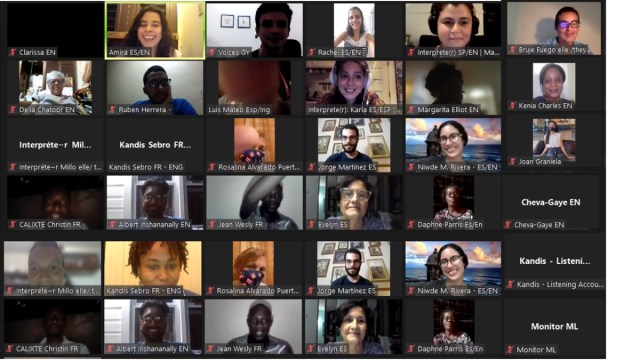 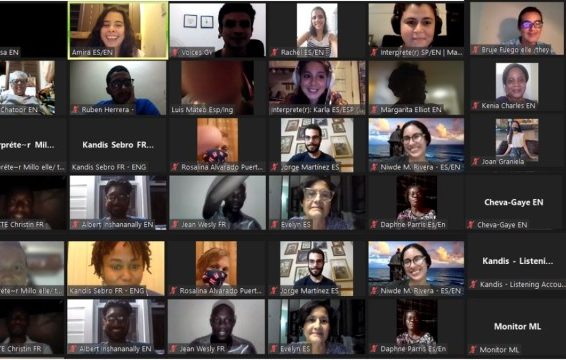 Climate change affects every person, and unless we start making tangible efforts to combat its effects, the world as we know it would soon be drastically different. We are already seeing the ice caps melting at record pace, sea levels rising, hotter days, inconsistent weather patterns and raging wildfires, among other phenomena.

Climate change impacts at the regional level are critical. In Barbados, 85 per cent of coral cover was bleached, and 7 per cent died by 2006. In Jamaica, since the 80s, hurricanes have been damaging coral and fishing stocks. A few years back, change in rainfall patterns caused high fish mortalities due to the Amazon and Orinoco River basins releasing large volumes of freshwater runoff into the Caribbean and affecting mainly Trinidad, Grenada, the Grenadines and Barbados.

In Guyana, serious erosion and flooding at Region One’s Almond Beach caused community displacement, loss of habitat and livelihoods. During this year, many hinterland communities were affected by the floods, affecting also agriculture and livelihood activities, and leaving thousands of families living under the water.

One of the most important climate resilience initiatives in Guyana is the Mangrove Restoration Project, which, in 2010, replanted over 300,000 seedlings along the coast to restore habitats and act as a soft stabilisation mechanism. Mangrove forests stabilise the coastline, reducing erosion from storm surges, currents, waves, and tides. The intricate root system of mangroves also makes these forests attractive to fish and other organisms seeking food and shelter from predators. They absorb a large amount of CO2 – more than any other tree.

In an effort to bring about more education in respect to climate change and its effects in the Caribbean, local non-profit organisation Voices GY has partnered with 350.org, an international organisation, to introduce the Caribbean School of Climate.

The Caribbean School of Climate is a project that supports the efforts towards a better understanding from the science and ethical point of view in regard to climate change, conservation, and the environment in the Caribbean. Voices GY and 350.org have been collaborating since 2020 at the regional level, since the creation of the Caribbean Climate network of which Voices GY is part.

More than 130 people registered in August 2021 for the Caribbean School of Climate, and 60 were selected from 18 different countries, including Guyana, Puerto Rico, Cuba, Barbados, Trinidad and Tobago, US Virgin Islands, Martinique, Haiti, Dominican Republic, Grenada, Venezuela, and other small island states in the Caribbean.

Meshach Pierre, a student at the University of Florida, who has, over the years, researched about birds and mammals in Guyana, was invited as a speaker to introduce the topic ‘Human-wildlife conflict’. His new research interests led him to analyse the conflicts that humans have with wildlife. These conflicts threaten local support of conservation as well as they are a major concern for large carnivores such as jaguars and pumas.

Because conservation is about people, conservation should be led and owned by communities. Meshach continues researching the human-jaguar conflict in the Rupununi.

Marine and Environmental Biologist Felicia Collins told the participants that Belize is one of the regional leaders in ocean conservation. That small country has 14 marine protected areas (MPAs), 13 protected fish spawning aggregation sites, and a sustainable commercial fishing industry.

GECOM to begin advertising to fill top positions from Oct 1

Felicia is a current protected areas officer working for the Protected Areas Commission. She has been researching and gathering data in the area of Shell Beach Protected Area.

In Guyana, many initiatives are taking place, such as community conservation projects, but there is a lot of work to do. During this year, Voices GY also consulted for Conservation International in the context of ‘Our Future Forests – Amazonia Verde’, a regional initiative that aims to conserve 12 per cent of the total Amazon Forest by 2025. The organisation developed online courses for CI in the areas of gender in conservation and Prevention of Sexual Exploitation and Abuse.

Voices GY works with community led-projects that benefit conservation initiatives as a whole. They just finalised a project that supports Indigenous languages in Region One, working with communities such as Yarakita and Smith’s Creek. The organisation will continue developing projects at national and regional levels in the areas of climate change, climate resilience, community participation and conservation.

If you wish to watch the recorded sessions, you can visit www.voicesgy.org/environment. You can also join Voices GY as a volunteer for climate change initiatives by writing to [email protected]