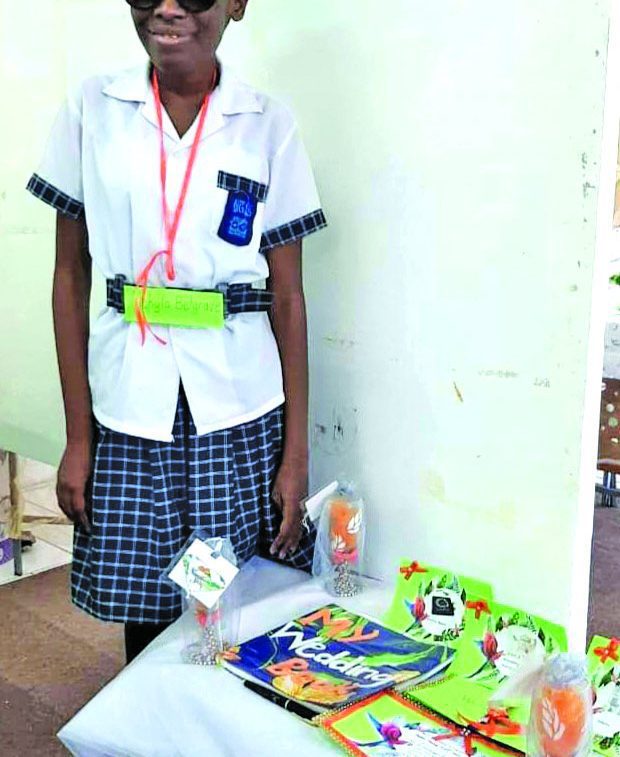 …prepares to enroll at UG

She continues to surpass her goals, and when the Caribbean Secondary Education Certificate examinations’ (CSEC) results were released this month, visually-impaired teen Mekyla Belgrave waited anxiously to see how she fared at the regional exams.

The results: Mekyla, who had her eyes removed as a baby because of a cancerous tumour, passed the three subjects she sat at the examinations; those being English B, History and Family Resource Management.

“She got a grade 1 in Family Resource Management, a grade 3 in History, and a grade 2 in English B,” her ecstatic mother Celeste Hercules related.

The soft-spoken teen told this publication this past weekthat she tried her utmost while preparing for and during the regional examinations. She expressed appreciation to her teachers, whom she noted had “dedicated their time and energy to help me.”

Mekyla has said she plans to relax for the next few months, but that relaxation won’t be for long, as she has plans to read for a Bachelor’s Degree in Social Work at the University of Guyana next year.

She also had some valuable advice for persons who are visually-impaired or who may be differently-abled. “My advice to them is to remember that despite their ability, the sky is the limit,” the ambitious teenager said.

With the three passes she scored this year, Mekyla, who is a student of the North Georgetown Secondary School, now has a total of six CSEC passes under her belt. In last year’s sitting of the examinations, she braved the challenges of her disability as well as the pandemic and scored three passes at CSEC; those being English A, Social Studies, and Human and Social Biology. At the time, she was still in Grade 10.

In March this year, her mother had told this publication that her daughter wrote the examinations privately through the Guyana Society for the Blind, which came to her aid when the pandemic hit the public school system during the teen’s preparation in 2020.

This time around, young Mekyla received assistance from the Ministry of Education’s Unit for the Blind. The unit offers classes to students who are visually impaired, and as such, they attend classes at the unit’s offices in Alberttown. Mekyla has been receiving much-needed assistance from the unit ever since she entered the school system. 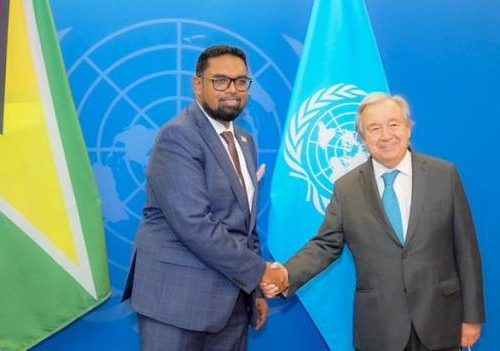 The former St Agnes Primary School student surprised her family members, relatives and friends in 2016 when she scored 494 marks at the National Grade Six Examinations (NGSA) that year.

As a baby, she was diagnosed with retinoblastoma, which is a cancer of the eyes. In March, her mother explained to Guyana Times that when her daughter was five months old, her eyes appeared glossy.

Several months later, a scan revealed that a cancerous tumour was affecting her eyes. In 2005, she was diagnosed with cancer following a visit to the Eric Williams Medical Sciences Complex in Trinidad and Tobago, and following extensive discussions with the family, medical personnel there undertook surgery to remove both of her eyes. Although the surgeries were performed close to her brain, they never affected her cerebral functions.

Mekyla said this week that while she is taking a much-needed break from studies, she is anxious to continue studying after her recess.

Her rise throughout the school system thus far has surprised many, and her mother has described her as a blessed child, noting that she has beaten the odds thus far as she conquers the many challenges she has faced since she was a baby.