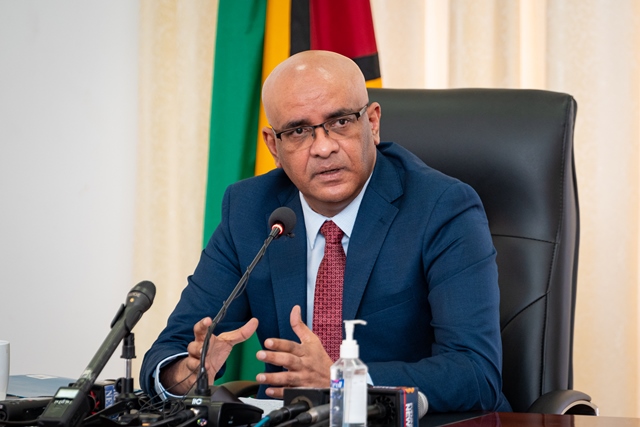 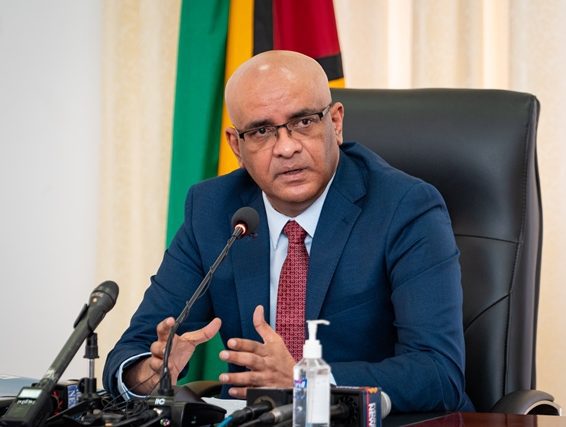 Vice President Dr Bharrat Jagdeo hosted a news conference today to respond to the 16-minute report produced by US agency Vice News which sought to implicate him in corrupt activities – something, Jagdeo pointed out, was a failed attempt.

The Vice President reasoned that even in his most “unguarded moment”, Vice News was unable to capture him taking part in such activities. He further reasoned that the news agency spent six weeks in the country, conducting undercover operations, and yet, they produced a “disappointing” exposé.

“Vice came into my house with the sole purpose of catching me engaged in doing something illegal and taking a bribe or the ‘service fee’ that they call it and [they] couldn’t do that when I was in my most unguarded moment, because I didn’t know I was being recorded,” Jagdeo highlighted.

“They have done this around the world where a number of leaders, they have taking money and all of that,” he added.

Recalling the events that played out in the Vice News feature, the Vice President explained how he came to meet with the undercover team of journalists posing as investors.

Jagdeo explained that he was friends with Chinese businessman Su Zhi Rong who is also his tenant. The Vice President noted that Su was repeatedly asking him to meet with the ‘investor’.

“He’d been trying to set up this interview for several days, he said to me there is someone here who is investing in his project, not a government project…he has an investor and he would like me to meet with the investor.”

“When he said that, I said I’m busy and days past, so the afternoon I went home and he come to my gate and said the guy is leaving the following they if I can’t see him, so I said ‘alright when I change let him over for a few minutes’, that is how they got access to me.”

Jagdeo said the project that Su and the undercover report came to discuss was a hotel and casino agreement, which the Chinese businessman was embarking on after securing a Memorandum of Understanding (MoU) through a transparent process following government’s request for proposals back in 2021.

“In the [secret] recording, they were repeatedly trying to get me to say that I was part of or whether I would be part of the hotel and casino deal and I kept saying ‘no, I am not a part…I’m in government, I dealt with government issues, that’s Su’s business…throughout it all, I don’t get involved in business’,” the Vice President explained.

“Well now I know because he was speaking to him in Chinese, that he wanted to offer me a bribe and Su told him, I’m going based on their interpretation, ‘no he will not take it, I’ll collect it’…the Guy could have easily turn to me in English and said ‘I have some money for you, so will you take it’,” Jagdeo contended.

The Vice President further revealed that throughout the secretly recorded conversation, which lasted some 20 minutes, the ‘investor’ was trying to get him to commit to granting the casino licence exclusively.

But Jagdeo said he explained to the investor that the MOU that Su received for the hotel and casino project does not include any special treatment.

“All are standard, you can get a ten-year tax holiday, you get the concessions on machinery equipment and everything for the hotel, that’s free concession and if you have a hotel that is above 150 rooms and has four star service, you can then get a casino licence… and that’s the standard regime for the country. He (Su) got one like that,” the Vice President said.

“This arrangement here was to try to get to me to say he will get an exclusive licence too and I said ‘no, I deal with government side of things…so Su did not get anything special there’,” he added.

A few days later, Jagdeo said Vice News was desperate to conduct a sit-down interview with him and used several channels to access him for that interview.

“They had this [secret] recording, so I think the interview with me which they desperately sought to arrange because I was busy and I didn’t have time to meet with them for the interview, so they got a number of people to call me and if I tell who the people are some of them are linked to the Opposition too.”

“So, people were calling, ‘can’t you see these people’,” Jagdeo related, reminding that at this point, he was still unaware that it was the Vice News team who had visited him at his home and secretly recorded him.

The Vice President noted that he eventually agreed to the interview which was conducted on day that the National Assembly was in session.

“I decided to do it just downstairs in the Parliament Building (Arthur Chung Conference Centre where sessions of the National Assembly are currently being held due to the Covid-19 pandemic), that is the two hours interview. So, when they came to do that interview, they had this recording that was done at my home, so I think that was to verify whether I was going to lie,” Jagdeo said.

“I don’t think they got the inconsistency that they were hoping for,” he added.

The Vice President also reminded that after he realised what had happened and he figured out Vice News’ agenda, he had released the full two-hour interview to the public in the interest of transparency. Jagdeo reasoned that the Vice News episode which aired on Sunday did not even touch on a number of allegations which the reporter had thrown at him during the sit-down. He also contended that even the secret recording was cut short to just under one minute. 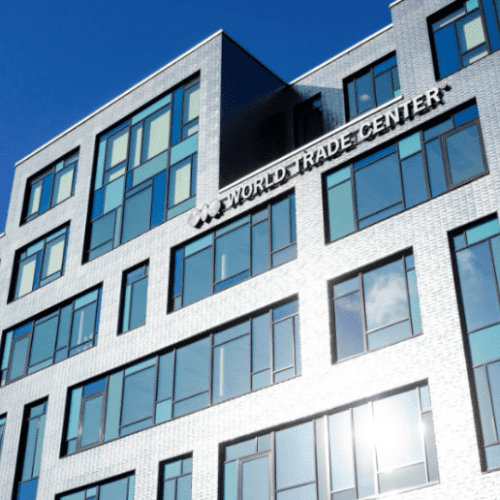 These situations, he indicated, do not tell the full story of what transpired.

Jagdeo posited that it is no secret that Vice News has reputational problems and that the agency’s goal was clearly to present him as a ‘corrupt leader of a third world country’ – a narrative that sells in the US.

“Vice News has reputational problems globally…but Vice News has to make a programme that sells and what sells globally, as I said in my interview showing corrupt third world leaders or alternately showing China dominating the world,” Jagdeo expressed.

“So, they had to show that Guyana is up for sale and for the Chinese particularly, although China is not the biggest investor here, in fact many countries have overtaken China by far, a major investor,” he added.

In this regard, the Vice President reiterated that Guyana will not become involved in any anti-China hysteria.

“The framing of their report, one can clearly see, that we’re vindicated, when I spoke about us not wanting to become a geopolitical pawn. When I was pressed in the two-hour interview about China and its role in Guyana and the western hemisphere, I made it clear that we are not going to participate in an anti-China hysteria, that we will lookout for our country and what is best for our people, that we have extremely good and growing relations with the United States of America at the bilateral level, that United States was our largest investor.”

“Nevertheless, we will work with many others including China, I made that clear.”

Meanwhile, Jagdeo also reaffirmed his intention to take legal actions against the Chinese business, Su, who made the allegations which formed the basis of the Vice News report.

“I made it clear that if what Su said in his statement was not accurate, then I’ll take legal action, the people who he has ripped off can take criminal action and I’m going to take reputational action, I’m going to sue him,” Jagdeo asserted.

“And I made it clear whether he’d be a tenant of mine, if I find out that he’s actually said some of these things and I said once that comes out to contrary…I’m looking for him to throw him out, I can’t find him so far, but as soon as I find him, this will happen.”

The Chinese Ambassador to Guyana Guo Haiyan has already condemned the Vice News report as malicious, saying that “this so-called journalist, the undercover journalist, came with predetermined agenda and I think the purpose is clear, to smear the Chinese companies here and to attack the Guyana-China cooperation…it’s quite clear its content was edited with malicious purpose.”