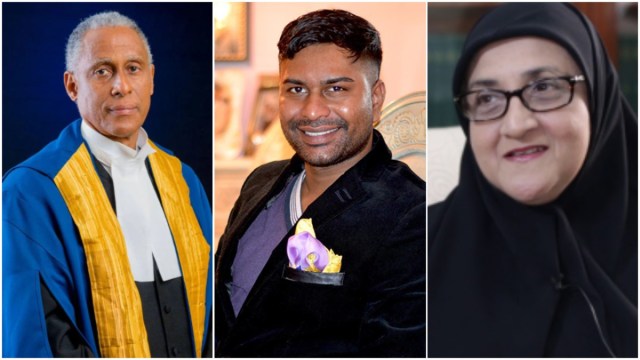 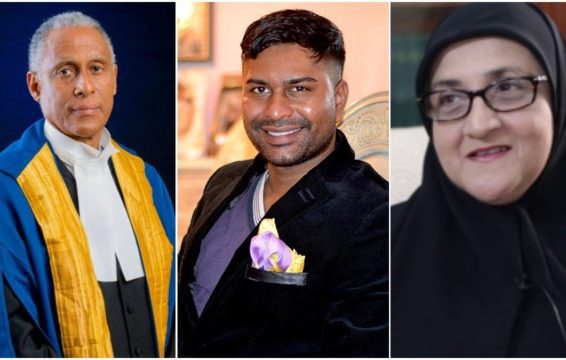 The Caribbean Court of Justice (CCJ) on Thursday expressed concern over the powers granted to the Director of Public Prosecutions (DPP) under section 72 (1) and (2) (ii) (b) of Guyana’s Criminal Law (Procedure) Act, and said it would be engaging the DPP on possibly modifying this statute.

This statute empowers the DPP to direct a magistrate, after a discharge in a preliminary inquiry (PI), to reopen the said PI with a view to committing an accused person to stand trial.

On Thursday, the regional court entertained arguments in an appeal filed by murder accused Marcus Bisram against a ruling by the Guyana Court of Appeal for him to be committed to stand trial at the High Court in Berbice for the October 2016 murder of Berbice carpenter and father of two, Faiyaz Narinedatt.

The appeal stemmed from a directive given to Magistrate Renita Singh by the DPP, Ms Shalimar Ali-Hack, SC.

Bisram was charged with murder on the basis that he counselled and procured the death of Narinedatt. On two occasions, Magistrate Singh, who conducted a PI, found that there was not sufficient evidence to commit Bisram to stand trial for the capital offence, and accordingly discharged him. The Magistrate, nevertheless, committed him to stand trial on the direction of the DPP.

Bisram then filed judicial review proceedings, challenging the DPP’s directive. High Court Judge Simone Morris-Ramlall, having reviewed those proceedings, quashed the decisions of the DPP and the Magistrate.

Bisram was granted special leave to appeal the decision of the Appeal Court to the CCJ.

During the hearing, which spanned over three hours, Bisram’s lawyer Darshan Ramdhani, QC, contended that the DPP is part of the executive, and that her directive amounts to judicial interference. He told the seven-bench panel led by CCJ President Justice Adrian Saunders that Ali-Hack’s directive is unlawful because it infringes his client’s constitutional rights provided for in Articles 122 A and 144 (1) of the Constitution.

Article 122 A reads: “All courts and all persons presiding over the courts shall exercise their functions independently of the control and direction of any other person or authority; and shall be free and independent from political, executive and any other form of direction.”
Article 144 (1) states: “If any person is charged with a criminal offence, then, unless the charge is withdrawn, the case shall be afforded a fair hearing within a reasonable time by an independent and impartial court established by law.”

The Queen’s Counsel urged the CCJ to strike down, as being unconstitutional, the offending parts/provisions/ words in section 72 (1) and (2) (ii) (b) of the Criminal Law (Procedure) Act, as they encroach on the judicial determination of a Magistrate, while he noted that such encroachment offends the separation of powers doctrine.

The DPP, however, submitted that as a constitutional office holder, she was merely exercising a quasi-judicial function when she directed the Magistrate to commit Bisram.
Ali-Hack argued, “That direction itself does not affect any judicial powers. I say this because the PI is only a stage in the trial. When the DPP directs the Magistrate to reopen and to commit, who hears those matters? It goes before a judge and jury…the DPP has no control over what decision the judge…or jury makes.”

According to her, the powers vested in her pursuant to section 72 are just a matter of convenience to expedite the charge, and do not in any way collide with Articles 122 A and 144 of the Constitution. She insisted that her directive to the Magistrate does not usurp the functions of the judiciary.

Given that Article 122 (A) is intended to secure the court’s financial and administrative independence, Justice Saunders asked the DPP whether the purpose of this constitutional provision is not to ensure that “no one can direct a court how it must decide cases.” Ali-Hack agreed.

The CCJ President asked the DPP if she does not consider the language of section 72 to be in conflict with Article 122 A, since it empowers her to direct a court to commit someone and reverse a decision to discharge made by a sitting Magistrate. The DPP, however, did not hold this view.

The Senior Counsel explained that when she gives a directive to commit, she is not making a final decision, because when the Magistrate follows her directive, it is the High Court that will be making the final decision, and not her.

Justice Saunders then asked the DPP, “In this day and age, does it sit comfortably with you that an authority, even if that authority is not considered to be part of the executive, but an authority which is not a Court of Appeal, is not a part of the core judiciary, can actually direct a court as to how it must dispose of a matter before that court… doesn’t that strike you as being incongruous?

“A litigant [DPP] before that court is vested with the power to direct the court on what it should and should not do in a matter in which that litigant is a party, and I’m asking you: does that strike you as being too odd?” the CCJ President again asked Ali-Hack.

“Whether the DPP is or is not a member of the executive, to me, it does not detract from the fact whether a court ought not to be directed by some other authority other than a Court of Appeal; only a Court of Appeal can direct a court. It is very incongruous if someone is invested with a power to direct a court,” he noted.

Meanwhile, CCJ Justice Jacob Witt described the directions outlined in section 72 (1) and (2) (ii) (b) of the Criminal Law (Procedure) Act as a “really remarkable concept.”

He said, “When the Magistrate decides not to commit, the [DPP] can then say, ‘Listen here, I don’t agree; you have to do what I tell you, and so you have to commit’. I don’t know of any legal system where that happens. I also wonder, if that is the case, why, in the first place, do we have the committal procedure? Why is it necessary that the Magistrate should commit, because if he doesn’t, then you [DPP] can tell them to do it anyway.”

Considering the foregoing, he expressed that he was “puzzled”, and asked Ali-Hack to shed some light on the process. She replied, “That is how the legislation was created, and that has been the system here in the criminal law procedure in Guyana all the years.”

The DPP went on to remind the panel that she cannot act whimsically, but rather from an informed position based on the evidence and the public’s interest. According to her, section 72 takes into account that the Magistrate can discharge a case where there ought to have been a committal.

“We are in this together” – President Ali reassures Region 2 farmers

While noting that the evidence against Bisram established a prima facie case, the DPP said that any reasonable jury, if properly directed, might convict. The DPP argued that the Magistrate in Bisram’s case was assessing the credibility of the prosecution’s main witness, Chaman Chunilall.

But this, she pointed out, is “strictly” a duty for the jury, while her task is to assess whether the evidence is sufficient and admissible. Considering this, she argued that Chunilall’s evidence is admissible, that her directive to the Magistrate was lawful, and that there is nothing unconstitutional about section 72.

For his part, CCJ Justice Denys Barrow said the statute is unfortunately framed in a way “where it seems as though the DPP is telling the Magistrate what to do.”

He explained that the Belize legislation regarding indictable matters allows the DPP to ask the Magistrate to send the depositions to him/her, or a High Court Judge and the Judge would then examine the depositions upon the DPP’s request to commit an accused.

Justice Barrow reasoned that he is of the view that the Guyanese legislation did not intend for the DPP to be a judge over, or to interfere with, the judicial functions of the Magistrate, but rather to take the process to another tribunal for determination.

In closing, the CCJ President noted that the DPP’s argument to the court should be on how “we will modify” section 72 (1) and (2) (ii) (b) of the Criminal Law (Procedure) Act to make it consistent with Articles 122 A and 144 of the Constitution.

CCJ Justice Peter Jamadar questioned whether this law can be modified to facilitate the core intention of the DPP under section 72, while at the same time not infringing on the independence of the judiciary and the fundamental right to a fair hearing by an independent and impartial tribunal.

In response, Ali-Hack said that for the law to be modified, it would have to go to Parliament. “Excuse me!” Justice Anderson replied, and went on to ask the DPP, “Who has the modification power under the Constitution?” The court can also do it, she responded.

In the end, the CCJ disclosed that it would engage the DPP and Bisram’s lawyer on possible modification of section 72 (1) and (2) (ii) (b) of the Criminal Law (Procedure) Act, which allows the DPP to ask a High Court Judge to review the depositions from a PI and exercise his/her independent discretion on whether to direct a committal or not.

With the law modified this way, Justice Jamadar pointed out, the PI process will “stay within the separation of powers, it stays within the [judiciary], preserves the independence of the judiciary, and in terms of the human rights…conforms to the right to a fair hearing by an independent and impartial court.”

The Director of Public Prosecutions and Bisram’s lawyer were asked by the CCJ to file written submissions regarding the scope of the modification. The court has reserved its ruling in this matter. [First published in the Guyana Times]