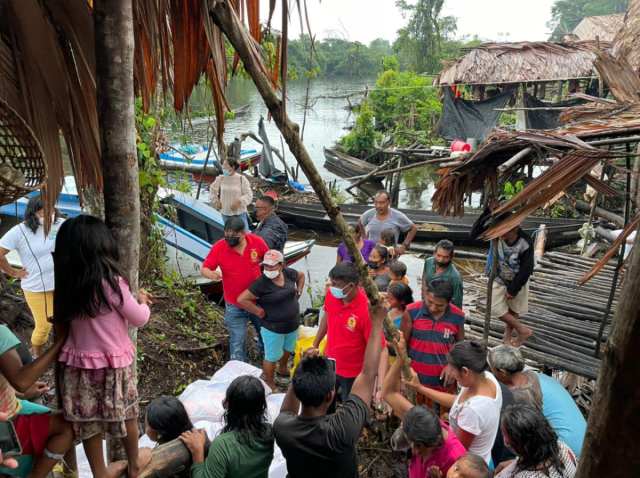 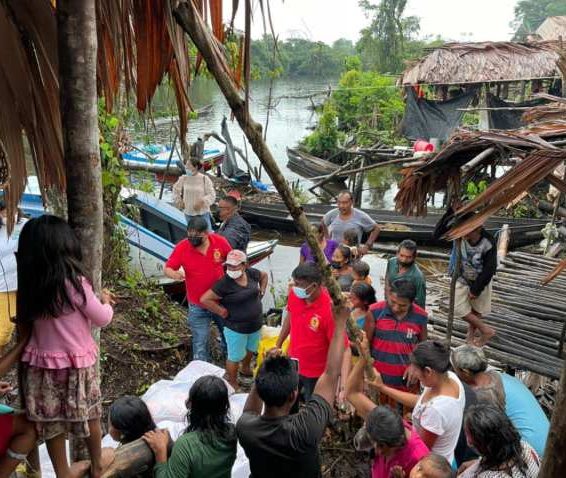 Systems are now in place for Venezuelan migrants to access medical services at the Port Kaituma District Hospital, following a recent government outreach to the Anabisi, Barima-Waini (Region One).

Minister of Health, Dr Frank Anthony on Monday explained that persons from the community have been identified to liaise with the regional health officers and the hospital to access the services.

“If they have any medical challenges, they will be able to sort them out very quickly. They don’t have to wait on an intervention like this. They now have a systematic way if they have any problems, that they can come to the Port Kaituma hospital and get access to medical service.”

On Saturday, Minister Anthony and other ministers of government, along with a medical team visited the Region One community to provide medical care and assess the needs in response to reports of the circumstances migrants are facing.

Reports state some 198 persons from 25 families have settled in the area, located approximately 15 minutes from Port Kaituma.

Dr. Anthony noted that in addition to providing healthcare services, measures are being put in place to ensure that the migrants are living in a clean and sanitary environment.

“So, because of the unhygienic conditions, they’re using the same water from the river and they’re using the river to wash and do other things there. So, the water is not of good quality and what we were able to do on Sunday, we gave them some what is called jerry cans which have filters in them so when they take the water from the river, they can do some level of filtration … which will help to purify the contaminated water, making it better for them to drink and which will prevent some of the diarrhoeal disease that they are experiencing…

In addition to that, a senior health environmental officer would have explained to them how to dispose of their garbage and to work with them to find an area next to the community where they can dispose of their garbage. We also worked with them to find a suitable area where they can set up toilets and so forth so that they are not defecating in the same water that they’re using to drink.”

Mosquito nets for hammocks will also be distributed to the migrants, so that they may have some protection from vector borne diseases.

The Government of Guyana remains committed to the humane management of the migrant situation stemming from the socio-economic situation in neighbouring Venezuela. [Extracted and Modified from DPI]