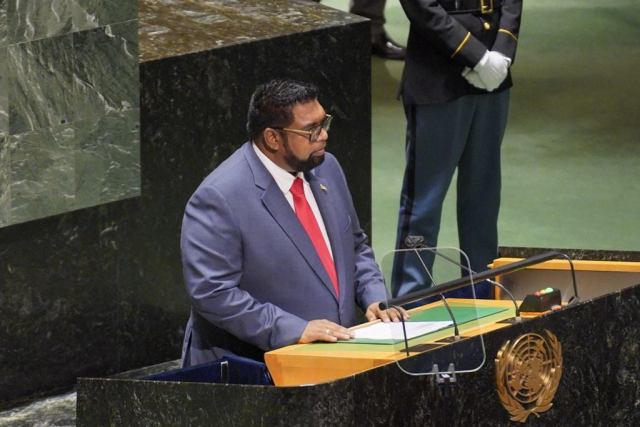 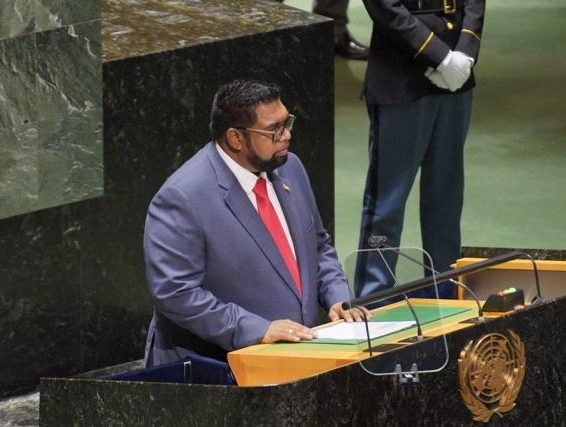 – in wake of Pres Ali’s rebuttal of Venezuelan tactics at CELAC, UNGA

Talks between the Venezuelan Government and its Opposition, which were supposed to have continued in Mexico City, Mexico on Friday, had to be suspended after the Government team was a no-show.

The development was reported by AP news, which had quoted unnamed sources attached to the process as having said that the first session of the round of talks had to be suspended. According to the news report, the talks were supposed to resume on Saturday if the Government delegation arrived.

The news report also stated that the Government delegates did not provide a reason for their absence on Friday, and even though the Government side was a no-show, the Opposition delegates would continue their participation.

Venezuela Opposition Leader Juan Guaido was quoted as saying he would remain in Mexico.

News of the collapse of Venezuelan political talks comes after Guyana had used the forum of the United Nations (UN) last week to make strong rebuttals of Venezuela’s recent reignition of its illegal claims to Guyana’s territory.

In his address to the 76th Session of the UN General Assembly, President Dr. Irfaan Ali had informed the world about Venezuela’s continued disregard for international norm in pushing its illegal claim to Guyana’s Essequibo and the Exclusive Economic Zone (EEZ).

“Just recently, an agreement was issued in Mexico City by which the contending internal factions in Venezuela renewed a baseless claim to two-thirds of Guyana’s territory… Guyana cannot be used as an altar of sacrifice for the settlement of Venezuela’s internal political differences,” Ali had said.

“While my Government welcomes efforts to bring about domestic harmony within Venezuela, agreements that defy international law and processes can be no basis for mediating such harmony. Guyana does not promote the use of violence or threats to settle disputes,” President Ali had added, going on to remind that Venezuela is bound to adhere to the International Court of Justice’s (ICJ’s) final decision based on the 1966 Geneva Agreement.

President Ali also used recent meetings with the Heads of Government of the Caribbean Community (CARICOM) and the Community of Latin American and Caribbean States (CELAC) to update them on Venezuelan’s actions.

Following his meeting with Caricom, the community issued a statement rebuking Venezuela and urging it to adhere to the ICJ process.

The Venezuelan Government and political Opposition met in Mexico earlier this month to iron out their differences at home. It was supposed to be a discussion about Venezuela’s domestic politics, with a number of other countries, including the Netherlands, Russia, Turkey, Norway and Bolivia, taking part.

Instead, the two sides ratified partial agreements reinforcing Venezuela’s illegal claim to Essequibo. The partial agreements almost immediately drew stinging rebukes from the Ministry of Foreign Affairs and the parliamentary Opposition A Partnership for National Unity/Alliance For Change (APNU/AFC).

Guyana filed its case against Venezuela with the World Court on March 29, 2018, seeking a final and binding judgement that the 1899 Arbitral Award which established the location of the land boundary between the then-British Guiana and Venezuela remains valid and binding, and that Guyana’s Essequibo region belongs to Guyana and not Venezuela, as is being claimed by the Spanish-speaking country.

Guyana moved to the World Court after exhausting all means of negotiation with Venezuela.

Back in March 2021, the ICJ had granted Guyana until March 8, 2022 to file its written submissions for the case, after requesting 12 months. Venezuela was given until March 8, 2023 to submit its counter memorial.