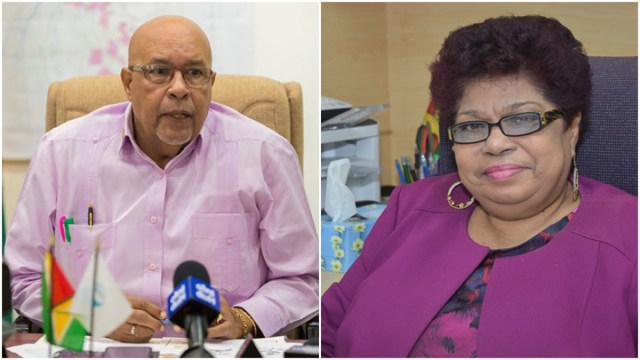 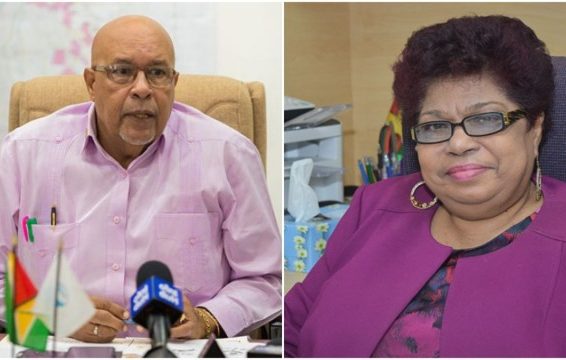 As the People’s National Congress Reform (PNCR) leadership race heats up, Dr Richard Van West-Charles, one of the contenders for leadership of the party, has demanded that party General Secretary Amna Ally recuse herself from the electoral process.

Van West-Charles released a statement, in which he cited the need for freedom and transparency when it comes to the voting process. He claimed that Ally has shown partiality towards one candidate and has openly taken sides, prompting the need for her to recuse herself.

“The role of the GS, as head of the party’s secretariat, in the instance of an election, is to ensure the process is free, fair and transparent and represents the true and legitimate will of its members.

“It must be said at all times members, particularly the leadership – incumbent and aspiring – should embrace ethical behaviour and hold in esteem the values of the party. Ms Ally’s continued presence as GS threatens and undermines these values,” Van West-Charles said.

Meanwhile, Van West-Charles also alleged in another section of his statement that a list was being circulated which is seeking to influence the votes of the delegates. This list purports to suggest who should be elected as Leader, Chairman, Vice Chairman, Treasurer and the 15-member Central Executive Committee (CEC).

According to Van West-Charles, the list is alleged to have emanated from one of the candidates for leadership and proposes him as a committee member. The former Guyana Water Inc (GWI) boss distanced himself from the list.

“Dr Van West-Charles distances himself from this list… the presentation of such a list is deceptive, disingenuous and misleading at best. It is also disrespectful of candidate Dr Richard Van West-Charles and other candidates who are likely to come forward in other positions.

“The party holds in high regard its members’ right to exercise free will to elect the candidate of choice… further, Dr Van West-Charles was not consulted… in the composing of a list that is offensive to the candidate and his campaign,” he also said in the statement.

Meanwhile, when this publication made contact with GS Ally herself, for a response to the statement. While she declined to get into a detailed response to Van West-Charles’ allegations, Ally made it clear that “Van West-Charles did not employ me” in defiance of his call that she recuse herself.

Amid internal party struggles, there has been mounting pressure for the party to host its biennial congress for new leadership to be elected. But incumbent PNCR Leader David Granger has previously cited COVID-19 as the reason behind the delays.

PNCR’s last biennial congress was in 2018, when Granger was returned unopposed as Leader of the party. The PNCR CEC had agreed earlier in the year that the party’s 22nd biennial congress should be held by the end of November 2021, but not later than December 13, 2021. This publication subsequently reported that December 11 had been set for the holding of the congress and November 11 for the nomination of the candidates.

Unlike in 2018, when Granger was returned as Leader uncontested, there are several challengers for the post of Leader. They include Van West-Charles, Opposition Leader Joseph Harmon, and Aubrey Norton.