…750 persons to be employed during construction – American investor

A US$200 million oil refinery and integrated petrochemical manufacturing complex, which will employ 750 persons during its construction and 300 permanent workers, is being planned by a United States (US) investor, Chemtech Limited, for the East Bank of Demerara (EBD).

According to Chemtech in its project summary, they have already received no-objection letters from the Guyana Office for Investment (GO-Invest) and the Region Four Regional Democratic Council (RDC) for the project which has a proposed site on 492 acres of land at Plantation York.

“The Government of the Republic of Guyana is seeking to further diversify the economy from oil and gas, mining and the export of logs, there is a need to develop the downstream industry,” the special purpose company explained.

“This oil refinery will produce the products which is being imported at this time, the excess will be for the markets in the Caribbean, these products are being imported and sold at very high cost to the end users, the integrated complex will be a pioneer in processing 1st stage downstream products.”

An oil refinery and fertilizer plant site in the Ibeju Lekki district, outside of Lagos, Nigeria.Photographer: Tom Saater/Bloomberg

The company went on to list some of the downstream products of the oil and gas sector it will be processing, such as methanol, urea and melamine, as well as marketable products such as veneer board, formaldehyde and fertiliser. These products, they noted, can generate revenue from exports and domestic profit, as well as the training opportunities for employees.

Its first phase will be focused on the integrated chemical complex, while its second phase will see a port being built to service the oil and gas sector and provide ship building and repairs. All in all, the company estimates the project will cost US$200 million.

“A strategic partnership with the Guyana Government to supply the feedstock for the oil refinery and/or private sector to supply the raw material to support the Veneer Board and Oriented Strand Board (OSB) plant and other related products in the Integrated Complex. Chemtech board industry in Guyana will utilise the adhesives manufactured from the chemical complex; the excess will be for the export market.”

“This project will create several jobs for the wood industry, the engineered board will be termite resistance, and not forgetting this will generate foreign currency. The Engineered Board (OSB) Oriented Strand Board will be an opportunity to build low-income houses, luxury homes and pre-fabricated homes for the export market. Veneer Board will allow the manufacturing sector to export world class furniture,” the company also explained. 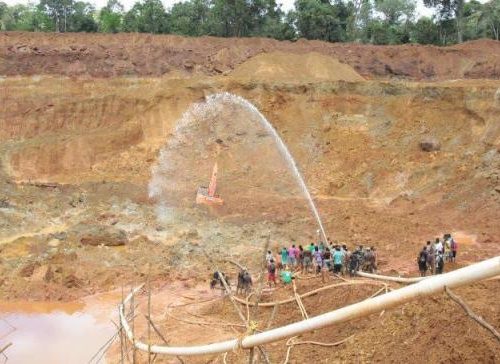 When it comes to the Environmental Protection Agency (EPA), the company assured that the agency’s requirements will be adhered to and that process and technical data will be available for each plant. They also listed their source of financing as United Securities Trust of Switzerland. According to the company, the oil refinery will take between 24 and 30 months to construct, while the integrated complex will take between 18 and 24. The project, it assured, would not need natural gas but would utilise products already made from the natural gas, such as methanol and urea.

This is even as procurement has already been started by the Government of Guyana for a gas-to-shore project that will have a 25-year lifespan and is expected to employ up to 800 workers during the peak construction stage, as well as some 40 full-time workers during the operations stage, and another 50 workers during the decommissioning stage. The gas-to-shore project will include a power plant and a Natural Gas Liquid (NGL) plant, all of which will be constructed under a combined Engineering, Procurement and Construction (EPC) process within the Wales Development Zone (WDZ). The aim is to deliver rich gas by the end of 2024 for the power plant while the NGL facility is slated to be online by 2025.

The Guyana Government has already invited interested parties to make investments in the WDZ, which will be heavily industrialised and for which approximately 150 acres of land has been allocated. Those lands were previously used by the Wales Sugar Estate.