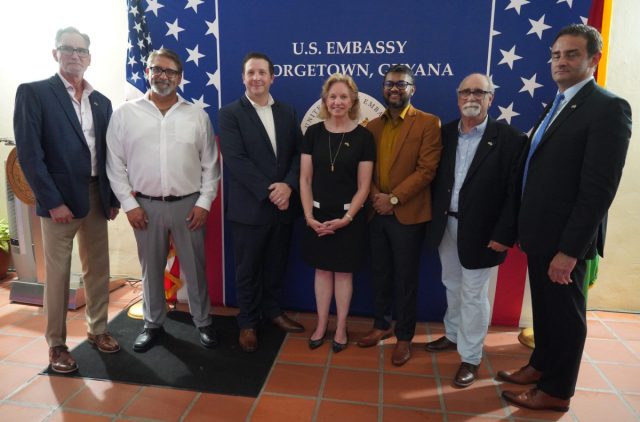 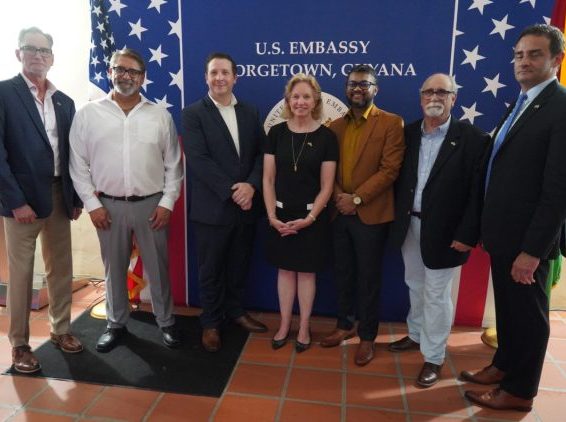 1 month ago·1 min read
ShareTweetPinShare
Home
Local News
US$1.4B in trade between Guyana & US in 1st half of 2022
The content originally appeared on: INews Guyana
US Ambassador Sarah Ann Lynch with Trade Mission Delegation

From October 25-28, the U.S. Embassy in Georgetown hosted a Department of Commerce “Trade In the Americas” delegation consisting of five firms representing approximately $205 million in revenue from across the United States.

The firms were part of a larger trade conference that took place in Miami and brought together nearly 200 firms who were interested in the Caribbean market.  Select firms traveled to Guyana and other Caribbean nations during the week.  U.S. businesses participated in meetings with local firms throughout the Caribbean’s key sectors such as energy, infrastructure and agriculture.

While in Guyana, the companies held a productive day of meetings with key private sector contacts and experts to highlight Guyana’s business environment, learn about the Government of Guyana’s efforts to promote investment and economic diversification, explore market entry strategies, foster partnerships, and develop closer trade ties between Guyana and the U.S.

U.S. and Guyanese participants stressed the serious potential for future partnerships and business deals as a result of their meetings. The U.S. firms were very impressed with Guyana’s private sector and the opportunities their over 30 engagements with local organizations provided for partnerships. 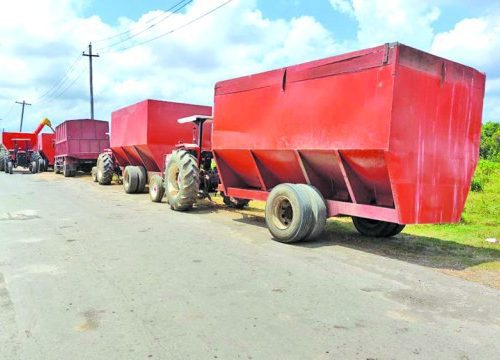 With 23 markets and 41 million people, the Caribbean presents a growing opportunity for U.S. companies.  The delegation sought to capitalize on the strong bilateral trade relationship between the U.S. and Guyana, with bilateral trade reaching $1.4 billion USD in the first half of this year alone.

These initiatives are part of the United States’ goal to advance prosperity in Guyana and the region.