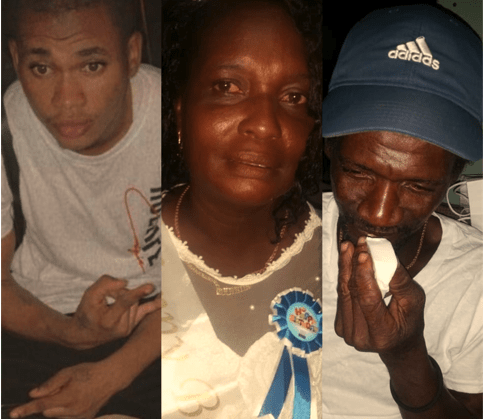 As police continue their investigations into the tragedy that struck at Ann’s Grove, East Coast Demerara (ECD) this morning, details are emerging about the unfortunate circumstances leading to the bloodshed that left a young man dead and his mother critical while their abuser committed suicide.

Seon Scott, 21, a security guard, was brutally chopped to death by his father whilst he was still asleep. Scott is the only son shared between Sharon Scott, 53, and her 57-year-old husband, Leon Bobb.

INews was informed that Scott and his father were often at loggerheads, mainly because of the man’s abusive tendencies towards his mother. In fact, the young man often slept on the verandah of their house – something which neighbours suspect was a means of keeping the peace in the home.

However, on Tuesday evening, the young Scott slept inside the house.

At around 01:45hrs today, neighbours said they heard the woman screaming and upon checking, saw the husband armed with a cutlass, chasing her around the yard.

It is presumed that at this point, the son was already dead since he never showed up to rescue his mother, as he had done so many times in the past.

During the commotion, the suspect’s brothers turned up at the scene and tried to pacify him but to no avail. Bobb, a farmer, eventually chopped the woman about her body and also set her on fire.

Subsequently, the man attempted to end his life but when police arrived on the scene, the man was still breathing.

Both the suspect and his wife were rushed to the Georgetown Public Hospital. Bobb succumbed to his injuries while the woman is battling for her life.

Speaking to this publication, a neighbour recalled several instances whereby she heard the woman screaming at the hands of her abuser. “Sometimes he beating her for sex, all them things he does be doing…,” the neighbour explained. 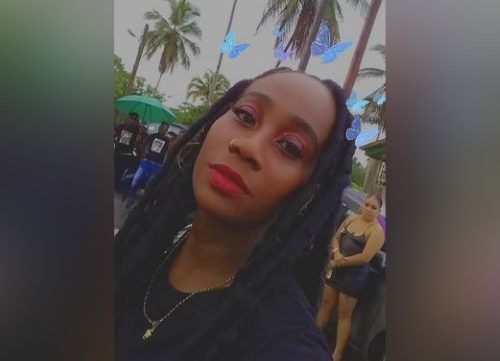 “They does deh quarreling. The son and him don’t live good…every now and then you does hear them really going on,” another neighbour explained.

Meanwhile, a friend of the now dead young man revealed that the father had previously reportedly attempted to kill both his wife and son.

“Seon always coming to complain about his father, telling me how he father always beating his mother,” the friend expressed.

“A time last week, he say the father go to poison the water and that was it…every Sunday when I home from work, he always come, if he have something to tell me, he would tell me. I always encourage him to go to the station or don’t do nothing stupid. So last night, I don’t know what happen…,” she noted.