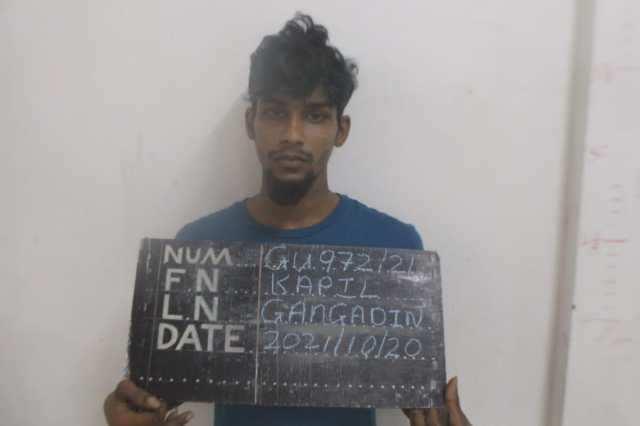 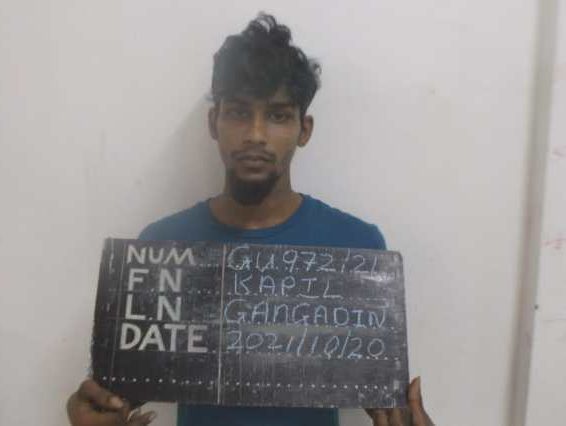 Members of the Joint Services have launched a manhunt for Kapildeo Gangadin, a murder accused, who escaped from the Lusignan Prison this morning.

Director of Prisons (ag) Nicklon Elliot confirmed the escape took place sometime around 04:05am, after a routine check was conducted.

In a statement, the Prison Service confirmed that Gangadin was housed in the quarantine section of the Prison.

From initial investigations, Gangadin had tampered with the housing unit. Upon gaining entry from the housing unit, he ventured to the back of the prison where he used a cloth-pole to scale the fence.

He proceeded into the farms where he scaled the gate and made good his escape into the dumpsite.

Immediately upon discovery of the missing prisoner, a joint patrol was established at the outer perimeter of the prison and a search has been launch by the Joint Services to recapture the escape.

The Prison Service is warning persons that aiding and abetting the escape is a criminal offence.

Anyone knowing the whereabouts of the escapee should contact the nearest Police station or call 911.

Gangadin had reportedly confessed and was subsequently remanded to prison for the murder of 20-year-old Chris Persaud of Strathspey, East Coast Demerara (ECD). Persaud had owned an electronic store which was located at his home.

The young man was also charged with the 2020 murder of fisherman, Mukesh Mangra.

Gangadin of Annandale, ECD was not required to plead to the two counts of murder which were read to him by Magistrate Fabayo Azore at the Cove and John Magistrate’s Court.

On October 15, Persaud was in his store when the bandit approached, robbed him of his gold chain, and stabbed him to the neck.

Gangadin was reportedly later arrested and found to be in possession of the gold chain.

It was also alleged that on January 18, 2020, at Coldingen, ECD, Gangadin murdered Mangra known as “Paul” during the furtherance of a robbery.

The matters were adjourned until January 17, 2022.