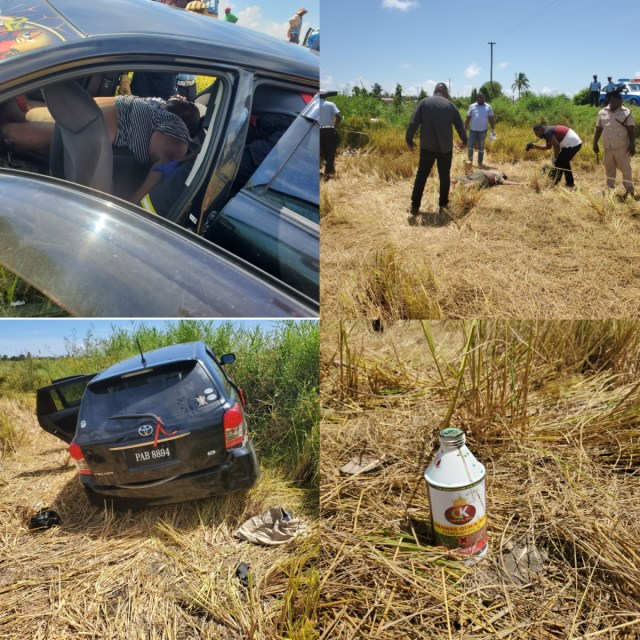 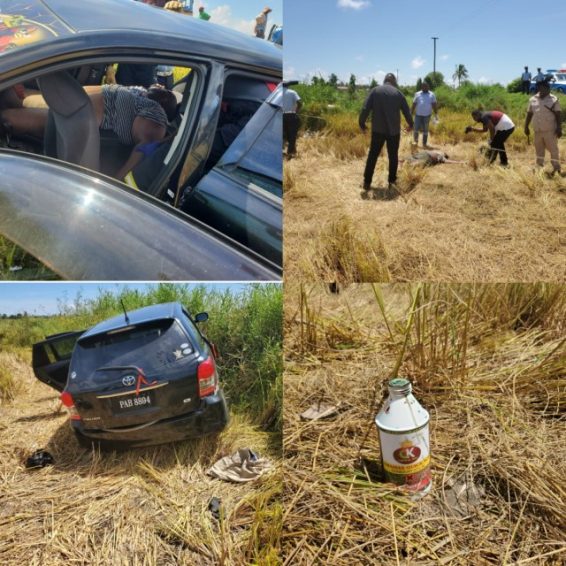 Police in Region Two (Pomeroon-Supenaam) are investigating a murder/suicide which occurred at Riverstown, Essequibo Coast and involved a Police Sergeant and the mother of his children.

Dead are policeman Rory Francis who was attached to the Anna Regina Police Station and his 25-year-old girlfriend Hannah Boston of Lima Sands.

At around 09:00h today, the woman’s mother visited the station to report that the man was trying to kill her daughter.

As a result of the report, Police Commander Khemraj Shivbaran and other ranks proceeded to the location where the woman was found dead in a rice field. There were huge gaping wounds on her face.

The Police Sergeant was found in an unconscious state in his motorcar PAB 8894 which was stationed some 10ft away from the woman’s body.

Some 9,000 parents did not uplift “Because We Care” cash grant

Both the man and woman were taken to the Suddie Public Hospital where the woman was pronounced dead.

Francis subsequently died whilst receiving medical care. It is suspected that he ingested a poisonous substance.