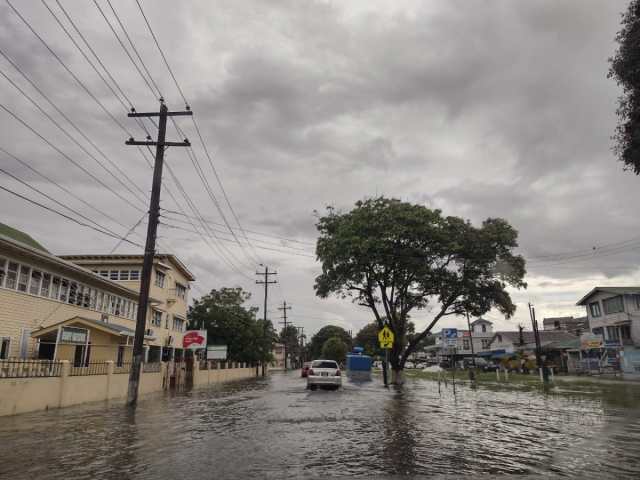 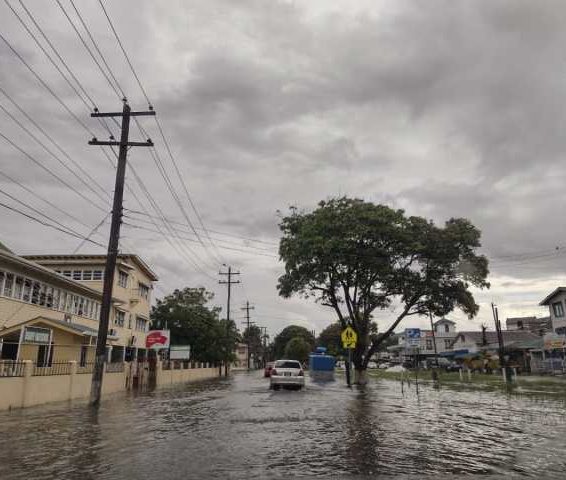 The Hydrometeorological Office has cautioned that there will be unusually high rainfall in Guyana during the upcoming season, which will run from December 2021 to February 2022.

It was reported that “above-normal rainfall is in the forecast when compared to previous years.”

This was revealed at a national stakeholders engagement hosted by the Hydrometeorological Office and the Civil Defence Commission to enhance preparedness for the upcoming rainy Season.

See below for a statement on the 11th National Climate Outlook Forum and Flood Preparedness Session hosted by the two agencies:

The Hydrometeorological Office (a facet of the Ministry of Agriculture) and the Civil Defence Commission (CDC) on Wednesday hosted the 11th National Climate Outlook Forum (NCOF) and Flood Preparedness Session.

The aim was to guide the Weather Service to present climate information to meet the needs of all stakeholders and to convey uncertainties associated with weather predictions for the impending rainy season. Additionally, CDC’s Flood Preparedness Session focused on key activities to strengthen flood risk management and reporting, operational gaps and significant next-steps.

The virtual meeting opened with remarks by the Commission’s Director-General, Lieutenant Colonel Kester Craig, who reminded those in attendance that we recently dealt with unprecedented rainfall and flooding and as such, planning for the immediate and distant future of disaster risk management in Guyana is of paramount importance.

“We must adapt a proactive approach both from the Hydromet perspective and from the Disaster Response and Preparedness perspective.” according to Lieutenant Colonel Craig. CDC’s Director General also pleaded for other relevant agencies to utilize the information formulated in the session to better inform their stakeholders of the climate expectations.

Dr. Garvin Cummings, Chief Hydrometeorological Officer, then relayed in his brief welcome remarks that this initiative is definitely a step in the right direction as Guyana prepares for another rainy season which promises unusually high amounts of rain. Dr. Cummings assured the participants that the specialist team worked and continues to work with climate resources to ensure that weather predictions are as accurate as possible, and that the information is disseminated in a timely manner.

An overview of the forum was then laid out by Ms. Tonya Mohabir, a climatology meteorologist, who initially provided a distinction between weather and climate and why it is important to understand the difference. “Climate is what you expect and weather is what you get”, according to Ms. Mohabir. She indicated that climate and weather services are crucial for decision making and briefly explained the provisions and uses for each service.

Mr. Komalchand Dhiram, a specialist meteorologist, then executed a detailed climate outlook presentation which had data comparisons, visual aids and short and long term predictions. Mr. Dhiram’s segment engaged those in attendance with data of the recent May June floods, specifically the precipitation predictions and actualities; temperature comparisons as opposed to previous seasons; and how rainfall was monitored for that period.

The presentation also highlighted the probability of rainfall for December 2021 to February 2022. It indicated that above-normal rainfall is in the forecast, when compared to previous years, and as such most of Guyana will be wetter during that period. At the conclusion of the specialist’s segment, a summary climate outlook was illustrated which conveyed that residents should prepare for flash flooding in most Regions, with the southern Regions expecting cooler than usual temperatures.

Preparedness and Response Manager at the CDC, Major Salim October, then addressed the Preparedness and Mitigation Capacity Assessment and CDC Reporting Requirements. Major October provided an amenable chart where each agency was allowed to state how they plan to manage the consequences of the upcoming rainy season, and to share any shortcomings that they are facing or may face during that period. This facilitated meaningful inquires and feedback among all the stakeholders present and fostered knowledge sharing which aided multiple entities. Networking was also encouraged between agencies so that the flow of data and information can be seamless. While it was recognised that more involvement from relevant organisations is needed, it was also confirmed that the progress made in the virtual session was invaluable.

To close the conference, CDC’s Director-General deemed the activity a gleaming success and reminded all present that disaster preparedness and risk management begins now and we all must do our part to ensure we are less vulnerable and therefore incur less damages and losses. The Commission will meet with Regional Authorities in the near future to relay the information gathered from yesterday’s session and to reinforce the existing plans while working collectively to overcome any obstacles.