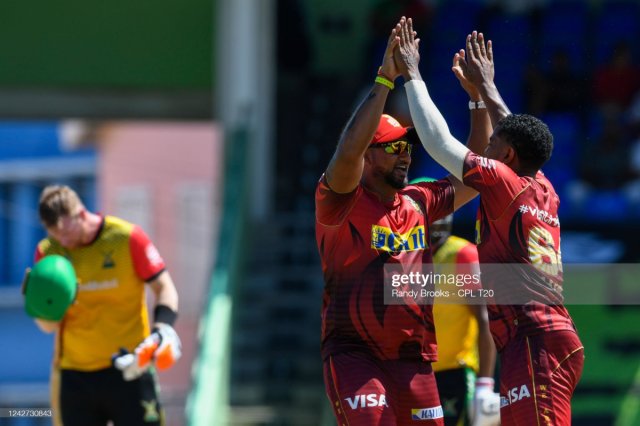 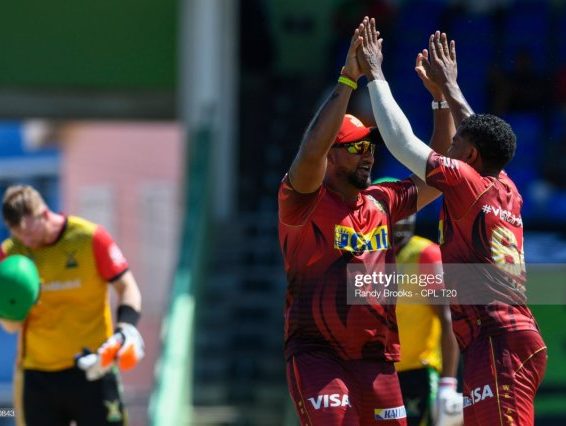 The Guyana Amazon Warriors recorded their first loss of the 6IXTY as the Trinbago Knight Riders dug deep and defended a modest 96 at Warner Park in St Kitts and Nevis. The victory was compliments of the TKR bowlers, who rarely failed to miss their mark, handing them victory by 47 runs.

Heading into the chase with only 96 needed for victory, the Amazon Warriors only managed to muster 24-4 at the half way stage. The TKR bowlers, bowled with much vigour as captain Ravi Rampaul led from the front removing Shai Hope for one. Jayden Seales would then dismiss Chandrapaul Hemraj for 5 and return for Shimron Hetmyer for 2. The Warriors struggled to read the line and to make matters worse Colin Ingram fell victim to Anderson Phillip for one, as TKR made the Warriors work for their runs. However, it didn’t matter as TKR continued to eat away at the Warriors, Heinrich Klaasen remained not out on 25 off 19 balls as he was given no support. The Warriors ended on 48-6 in 8.1 overs, having hit only four boundaries in their innings, bowling for TKR were Ravi Rampaul 2-6, Jayden Seales 2-10, Anderson Phillip 1-15 and Terrance Hinds 1-4.

Warriors control the first half

Earlier in the innings, batting first, the Trinbago Knight Riders got out of the blocks at a slow rate. Having put up 46 runs in 5.3 overs. Openers Tim Siefert and Teon Webster played the first over cautiously as Romario Shepherd bowled with precision, only giving five runs off the opening over. Ronsford Beaton would then give away 14 runs in the second over, but the Warriors recovered well, giving away four runs in the following over.  Webster and Siefert would continue to struggle for runs, Odean Smith bowling the sixth over would remove both openers as he hit the deck hard, bowling a good length with pace and precision. 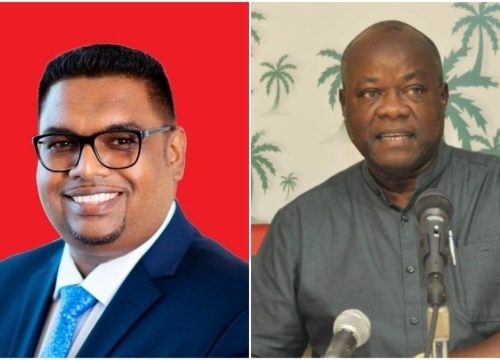 With the score on 50-2, TKR played the right move and promoted Andre Russell up the order, as compared to when the sent him in at number six in their previous encounter. Russell and Akeal Hosein would attempt to revive TKR in the remaining 24 balls. But mystery spinner Waqar Salamkheil outfoxed Hosein, sending him back in the pavilion for duck. Terrence Hinds came to the crease and alongside Russell they rallied along slowly. There was no muscle Russell as he struggled to hit the bowler, however, Hinds found some form in the last over and smacked Ronsford Beaton for 1,6,6,4. He fell the next ball for 23 off 9 balls, but Seekkuge Prasanna ruined Beaton’s figures smashing the last ball for a maximum, Andre Russell remained not out on 13 off 12 balls. TKR ended on 95-4, bowling for the Guyana Amazon Warriors were Odean Smith 2-11, Ronsford Beaton 1-36 and Waqar Salamkheil 1-7.