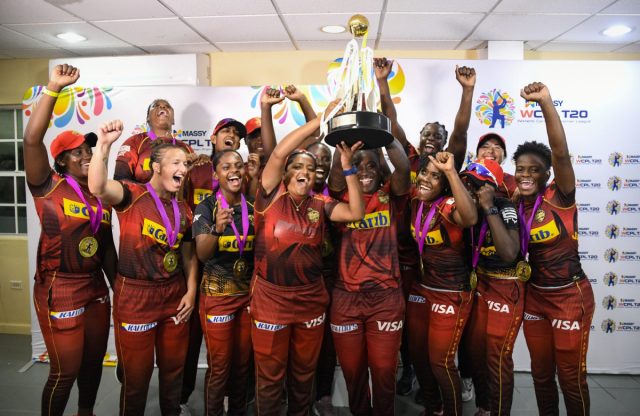 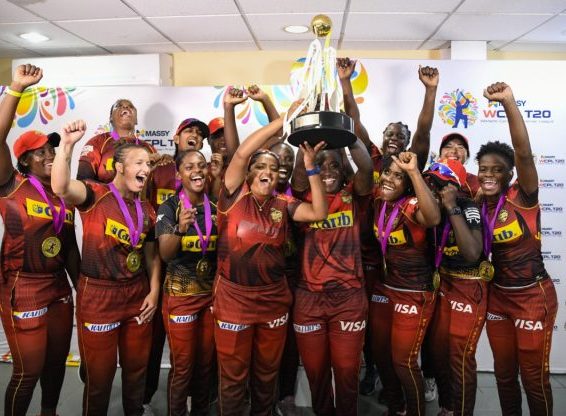 (CPL) A captain’s knock from Deandra Dottin and bowling brilliance from Anisa Mohammed steered the Trinbago Knight Riders to a 10-run victory over Barbados Royals to see them crowned champions of the inaugural Massy Women’s Caribbean Premier League (WCPL).

With her team put into bat, it was the Knight Riders’ captain Dottin who shone, scoring the maiden half-century in WCPL history and helping her team to a defendable first innings score of 100/7.

Hayley Matthews was the pick of the Royals’ bowlers taking three wickets in the 19th over to finish with 3/22 including the key wicket of Dottin.

In response, Aaliyah Alleyne and Britney Cooper went early in the chase, while Matthews dug in and looked to be the key to leading her team home. But wickets fell around her and, when she went for 46, the run-chase was all but done.

With just the tail to clean up, Knight Riders had the momentum and it was only fitting that Anisa Mohammed should take the final wicket and finish the game with 3/16 as her side cleaned up the Royals for 90.

With their male counterparts watching on and the eyes of the world on the game, it was a massive moment for the Trinbago Knight Riders and for women’s cricket after a ground-breaking tournament.

When the Knight Riders were put into bat, it wasn’t the explosive start they might have hoped and just as the boundaries began to flow, Kirby was dismissed cheaply.

Dottin and Sune Luus began to accelerate before Luus’ South African team-mate Chloe Tryon, who hadn’t yet bowled in the tournament, dismissed her national captain to put the Royals in the driver’s seat with the Knight Riders 43/2.

In true Deandra Dottin style, the World Boss was the lynchpin of the innings, playing shots to all parts and bringing up her half-century from just 54 balls.

Bragging rights went to her counterpart, Matthews who removed her for 59 off 62 in an over that also claimed the wickets of Kyshona Knight and Jannillea Glasgow. 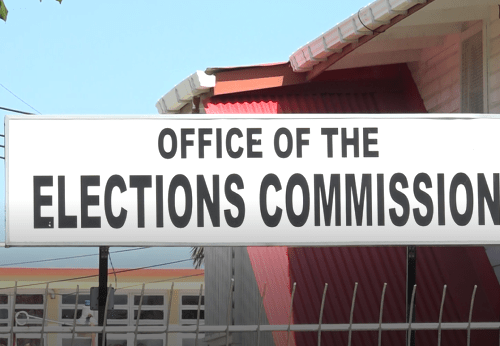 The Royals’ openers came out of the traps flying, reaching 14 from the first two overs but when Alleyne fell for 7 and Cooper soon after without scoring and the chase looked more tricky.

When Tryon was stumped just as the rebuild was on, the game was in the balance and all hopes rode on Matthews with the Royals 36/3.

Wickets continued to tumble and the key moment came with 13 needed off 12 as Matthews couldn’t clear Glasgow at mid-wicket. She went for 46 leaving her team needing 12 from 10.

It was too much for the tail-enders facing the bowling of Anisa Mohammed, who cleaned up the tail sending Mandy Mangru’s bails flying.

The Knight Riders, who lost the final of the inaugural SKYEXCH 6IXTY against the Barbados Royals, now have their payback. It was a phenomenal team performance led brilliantly by the power-hitting and elite display of batting from Deandra Dottin and a fitting finale for an incredible inaugural Massy Women’s CPL.