News Americas, WASHINGTON, D.C., Thurs. Nov. 1, 2018: A Caribbean national and naturalized U.S. citizen has been indicted by the U.S. Justice Department for conspiring to bribe senior government officials in the Republic of Haiti. 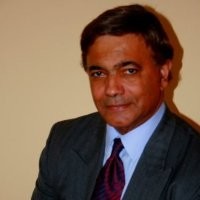 Boncy, a businessman who says he is Chairman & CEO at Hispaniola Invest LLC, was charged in the alleged bribery in connection with a planned $84 million port development project. He has also been charged with attempting to launder funds in order to promote the bribery.

Boncy’s indictment comes on the heels of charges brought against an alleged co-conspirator, Joseph Baptiste, DDS, 66, of Fulton, Maryland, who was charged with the same crimes.

Baptiste was originally charged by indictment in this case in October 2017 and is scheduled to go on trial on Dec. 3, in the District of Massachusetts in Boston.

The superseding indictment alleges that Boncy and Baptiste solicited bribes from undercover agents posing as potential investors in connection with a proposed project to develop a port in the Mȏle St. Nicolas area of Haiti.  The proposed project was expected to cost approximately $84 million and was to involve the construction of multiple cement factories, a shipping-vessel recycling station, an international transshipment station with numerous slips for shipping vessels, a power plant, a petroleum depot and tourist facilities.

During a recorded meeting at a Boston-area hotel, Boncy and Baptiste allegedly told the agents that in order to secure Haitian government approval of the project, they would funnel the payments to Haitian officials through a non-profit entity that Baptiste controlled, which was based in Maryland, and purported to help impoverished residents of Haiti.

In intercepted telephone calls, Boncy and Baptiste also allegedly discussed bribing an aide to a high-level elected official in Haiti with a job on the port development project, in exchange for the aide’s help in obtaining the elected official’s authorization for the project.

On LinkedIn, Boncy says he is Ambassador-at-Large of Haiti and has been since 2013. He also claims his goal is  attracting private investments to Haiti. Boncy also lists himself as the Permanent Representative of Haiti to the UN WTO since 2013.

His company, Hispaniola Invest, is listed as being “established to promote large infrastructure projects on the island of Hispaniola (including the Dominican Republic and Haiti), by assessing key sectors necessary for the development of both countries, selecting certain projects in those sectors for implementation and providing the support necessary to that effect, whether financial, legal, administrative, managerial, technical or otherwise.”

The post This Naturalized US Citizen And Caribbean National Has Been Indicted For Bribery appeared first on Caribbean and Latin America Daily News.