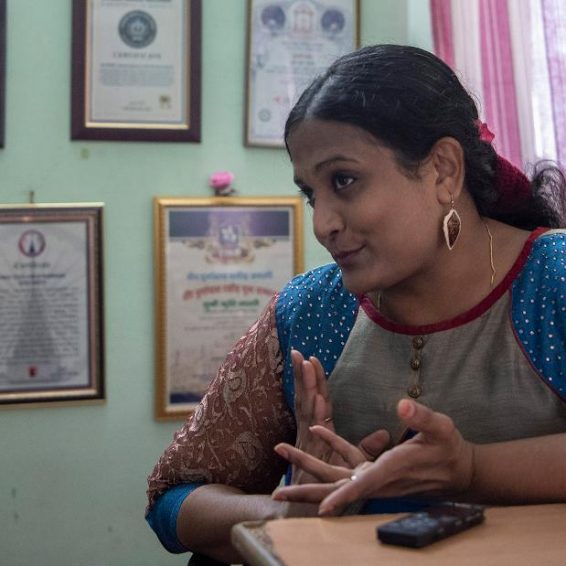 2 months ago·10 min read
ShareTweetPinShare
Home
World News
The woman risking it all to help child brides annul their marriages
The content originally appeared on: CNN
As of 2017, 223 million girls and women who were married off before their 18th birthday lived in India, according to the United Nations agency, UNICEF. Only a fraction of the children entered into child marriages are boys. Between April 2019 and March 2020, Childline India received nearly nine times more complaints about the child marriage of girls than of boys.
Not only did the CMRA not eradicate child marriage, the law also failed to provide a way out for those children who had already been forced into marriage.
So in 2007 the CMRA was repealed and replaced by the Prohibition of Child Marriage Act (PCMA), which recognized that child marriages were valid but voidable. Thanks to the PCMA, a victim of child marriage has up to two years after reaching adulthood to annul their union should they wish to — or know to.
It is difficult to say how many young women have benefited from the annulment provision of the Act. There is not publicly available information and the Ministry of Women and Child Development has not responded to CNN’s multiple requests for the number of child marriage annulments.
Read More
What is known is that at least 43 child marriages have been annulled. And what all of those stories have in common is tenacious child rights advocate named Kriti Bharti.

Married off at one

Bharti helped secure India’s very first child marriage annulment and told CNN she has assisted in 42 other cases since discovering the annulment provision in the PCMA.
In March 2012 she met 18-year-old Laxmi Sargara. Bharti, whose surname means “India’s daughter” in Hindi, was 24 at the time and had just formally registered her organization, Saarthi Trust. Both women lived, and continue to live, in the northern Indian state of Rajasthan, famous for its regal history and architecture, and in 2017 was home to 15 million women and girls who were married as children.
Sargara had been one of them. She’d been married off at the age of one to a 3-year-old boy in a different village, but only learned of the union many years later when her in-laws came to tell her that in a few days’ time she’d be moving in with them.
In Rajasthan, it is not uncommon for children as young as one to be married in traditional ceremonies such as the mausar — where a wedding takes place on the 12th day of mourning after the death of a family member. The child continues to live with their parents until their gauna — the ritual where they are then sent to their in-laws’ home after puberty.
Frightened, Sargara told her parents she was going to visit her older brother in the city of Jodhpur, an hour away from their village. With his help, they reached out to Bharti, who was a social worker then with a reputation for helping child marriage victims delay their gauna.
“When Laxmi approached me, she wanted something permanent, and she didn’t want a divorce for a marriage that she never consented to,” Bharti recalls. “After poring over hundreds of judgments and legal documents, we finally realized that there is a provision of annulment that she could use.”
“We were using a law that no one had used before, that courts themselves did not know about,” Bharti continues. “Today when we file a case it’s much easier but back then we were setting the precedent.”

‘I want girls to speak up for themselves’

Child marriage rates have been declining In India. In 1970, 74% of girls were married off before their 18th birthday and 42% before they turned 15. In 2015, those percentages had fallen to 27% and 7% respectively. The trend has been attributed to access to education, and “public messaging around the illegality of child marriage”.
Despite the decline there are still a lot of girls Bharti describes as forgotten.
It is also true that in India marriage offers women security and status, so Bharti knows that the young women she works with are going to need equipping to navigate life on their own, or until they chose to remarry on their own terms.
“I tell all the girls that I will only take their case if they promise to continue their education,” she says. “I want them to get to a place where they are able to speak up for themselves and protest if they are ever pressured to get married again against their will.”
Devi, whose marriage was annulled in 2015, had to live with Bharti during the process of annulment and later at the shelter that Bharti runs. She says continuing with her education — and Bharti’s reputation — gave her the confidence to eventually start going back to her village home.
“I wanted to study and work like all girls dream of growing up and working, and I got to do exactly that,” says Devi, who now works at an insurance company. “Now I go home often, because I’ve made something of myself. Initially, people were scared if they heard about me visiting; they thought I would call didi. Young girls often come to me if they think a child marriage is going to take place and I give them didi’s number.”
Helping young women imagine a life for themselves after child marriage and then supporting them as they build that life has been rewarding for Bharti but it has also been risky.
“I may not get breakfast, lunch or dinner on some days, but I definitely receive threats on a daily basis,” says Bharti, who lives with her mother. “I have also had instances of receiving fake tips about a child marriage taking place in attempts to lure me to a certain location. Call it a gut feeling or intuition, luckily I’ve avoided the worst,” she adds.
When asked if she has been to the police to report any of the threats she receives, Bharti says doing so would only make it harder for her to interact with the people she is trying to help because it would alienate her from them.
She knows the risks she is taking to help girls use a little-known law to fight a long-held tradition, yet she does it anyway.
“[The law had previously forgotten] about girls once they are married off, but they are the ones who need our help the most… No one is immortal, so if I can help even 10 girls along the way, I’m happy to take the risk.”
Read more from the As Equals series