How The Caribbean Is Fast Becoming An Ecommerce Hub 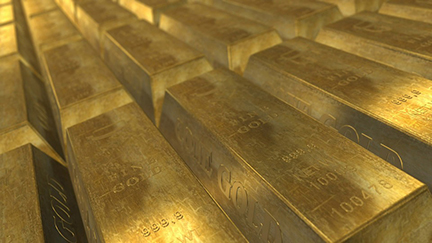 The Wealthiest Countries In The Caribbean – In Gold

News Americas, NEW YORK, NY, Fri. Oct. 29, 2021: The Caribbean may be dismissed as “small,” but at least five countries in the region, including Haiti, stacks up pretty high when it comes to gold reserves.

Here’s where they stack up in the Top 5 based on reserves of gold as of the latest data.

This comes as the World Bank released its “Changing Wealth of Nations 2021” report. The Top 5 Caribbean countries on the World Bank’s total wealth list, based on measuring the economic value of renewable natural capital – such as forests, cropland, and ocean resources; nonrenewable natural capital such as minerals and fossil fuels; human capital earnings over a person’s lifetime; produced capital, such as buildings and infrastructure; and net foreign assets. The report also accounts for blue natural capital – in the form of mangroves and ocean fisheries – for the first time.

“The Changing Wealth of Nations provides the data and analysis to help governments get prices and policies right for sustainable development,” said World Bank Global Director for Environment, Natural Resources, and the Blue Economy, Karin Kemper. “By ignoring polluting and climate warming impacts, fossil fuel assets have historically been overvalued, while assets that contribute to climate mitigation, like forests, are undervalued.”

Although total wealth has nearly doubled in Latin America and the Caribbean over the past two decades, there are significant contrasts in the trends of wealth per capita. Some countries have more than doubled their wealth since 1995, while in several Caribbean countries, total wealth per capita has declined. Over time, wealth in nonrenewable natural capital has begun to decline, due to price volatility, but renewable wealth is increasing. Wealth in protected areas has more than doubled, despite the fact that land area of forests has declined. Female labor force participation is higher than in any other region, but Latin America and the Caribbean has still not reached gender parity in its human capital.