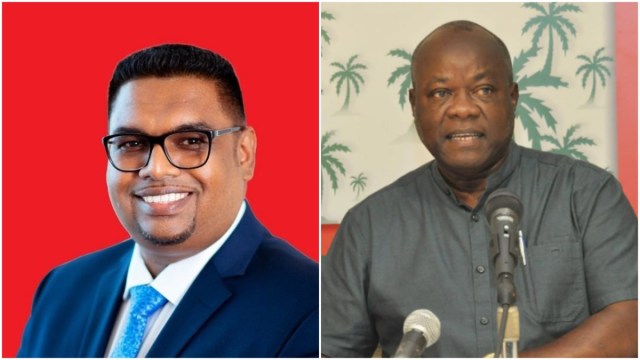 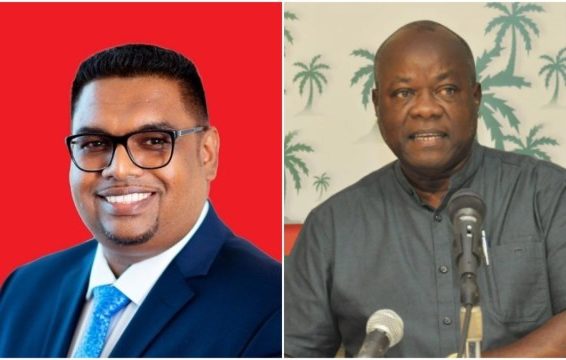 President Dr Irfaan Ali has poured cold water on Opposition Leader Aubrey Norton’s threat that there would be “no elections” if the list of electors is not clean, pointing out that the People’s National Congress Reform (PNCR) only has a problem with the list when it does not win the elections.

During an interview on the sidelines of a recent event in Buxton, the President pointed out the trend. He noted that there was no outcry from the Opposition A Partnership for National Unity/Alliance For Change (APNU/AFC), of which the PNCR is a major part, about a dirty list when it won the elections in 2015.

During a recent rally with his supporters, Norton had said that the party would not participate in an election where the list was not clean. He had also repeated a call he has previously made for the removal of Guyana Elections Commission (GECOM) Chair, Retired Justice Claudette Singh.

“We have to have a clean election list… every observer team that came here said we need a new list. We need a clean voters’ list… as part of this clean list campaign, we have to make it clear that Claudette Singh must go,” Norton told the crowd.

According to Norton, if his party does not get its way with a “clean” voters’ list, then it will do all in its power to prevent elections with a dirty list.

GECOM has already conducted a Continuous Registration Exercise in order to update the List of Electors and pave the way for the hosting of Local Government Elections (LGE). GECOM has said that this registration exercise is of crucial importance for first-time applicants – those persons who were 14 to 18 years old when they were registered during the 2019 House-to-House exercise. 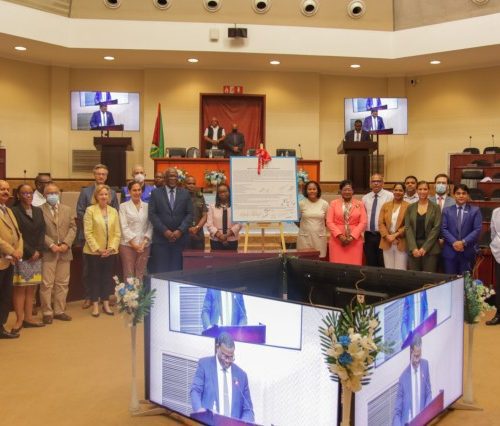 It is also understood that GECOM is looking to have an updated voters’ list in place by October, in order for the Local Government Elections (LGE) to be held. The last time GECOM conducted Continuous Registration was in 2019, in preparation for the March 2020 General and Regional Elections.

More than $750 million has been set aside in Budget 2022 for the preparations to be undertaken by GECOM for the hosting of LGE this year. This money is part of an overall $4.1 billion allocation to GECOM’s in Budget 2022, and was examined and approved by the National Assembly during its consideration of the 2022 Budget Estimates.

LGE are constitutionally due every two years in Guyana and were last held in 2018. However, given the fiasco that played out following the 2020 General and Regional Elections, the Local Government polls were deferred to 2021.

At the last LGE in November 2018, the then People’s Progressive Party/Civic (PPP/C) Opposition had secured 52 of the 80 Local Authority Areas (LAAs). This followed the holding of the LGE in 2016, during which the PPP/C also claimed the majority of the LAAs.