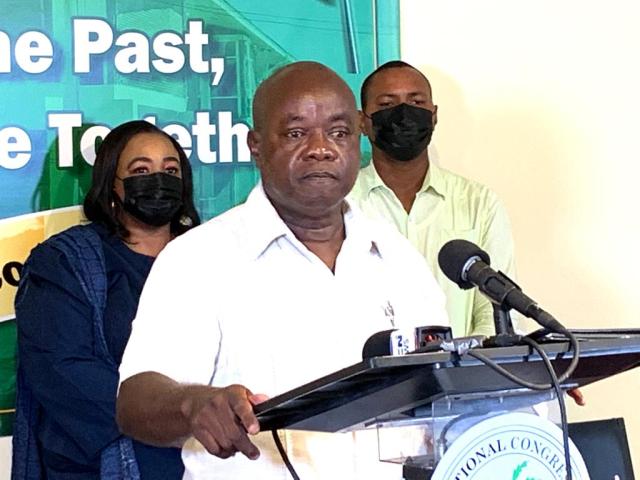 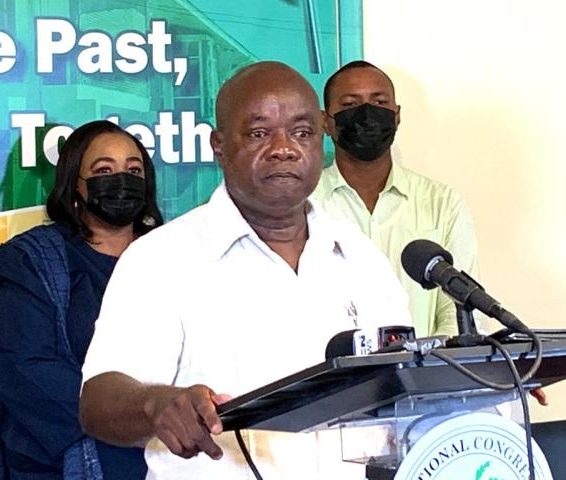 The recent threats by the Leader of the Opposition Aubrey Norton on the Chairperson of the Guyana Elections Commission, Justice (Ret’d) Claudette Singh, may seem to be new, but in fact, Mr. Norton and his PNC/APNU/AFC Coalition have been attacking the GECOM Chair consistently since March 2020.

This coincides with when the Chairperson agreed to the recount of all the votes of the March 2, 2020 General and Regional Elections.

These threats and verbal attacks expose a sinister plot to bully and intimidate a former Judge and the Chairperson of a constitutional body, the Guyana Elections Commission, one of the highest in the land which is established to protect the right of the Guyanese people to vote for a government of their choice in freely and fairly managed elections.

We should recall the threats to the Chairman’s life which were made on Facebook, seemingly over her handling of the March 2, 2020 elections, particularly the commission’s plans for a national recount. These were reported to the Guyana Police Force and the Cyber Crime Unit. One APNU supporter was charged under the Cybercrime Act.

Norton’s strategy has been exposed by non-other than Rickforde Burke on the December 3, 2021 programme of Sherod Duncan’s “In the Ring” where he is recorded saying: “…they are doing their level best to get a racist East Indian from the PPP to be installed as Chief Elections Officer. That’s what they’re doing and Claudette Singh is in bed with them. I think we should break up the Elections Commission. Bring everything to a halt. Grind government to a halt.”

Norton’s reckless statements such as “there are many things we can do to put the pressure on the elections commission and Claudette Singh…and so, we have left the door open. We hope we don’t have to close it and Claudette Singh will do the decent thing and resign,” and “…pressure her to resign or face unspecified action” need to be urgently investigated by the Guyana Police Force.

Madam Claudette Singh is a retired Judge and in other countries such as the USA, such threats are a criminal offence.

Clearly Mr. Norton, his party and the APNU+AFC Coalition have not deviated from these bullyism and intimidation tactics which we witnessed during the Granger administration.

Norton’s party’s legacy in particular, since its inception, has been one of bullyism, intimidation and violence. One should recall the misogynistic and racist attacks by Mr. Norton’s party and its supporters on four brave women during the five-months period of the post March 2, 2020 elections – Prime Minister Mia Mottley, US Ambassador H.E. Sarah Ann Lynch, Canadian High Commissioner H.E. Lilian Chatterjee, and GECOM Chair retired Justice Claudette Singh.

It cannot be coincidental that these women were vilified and threatened for their forthright support for constitutional rule of law and democracy. Mr. Norton and his party cannot accept any person that opposes their interest and stands in their way for their thirst for power, more so women daring to stand up for what is right. This is evident even within their own party in his abhorrent treatment as the newly elected leader of his party of former General Secretary, Amna Ally, a woman who served her party loyally for 53 years. 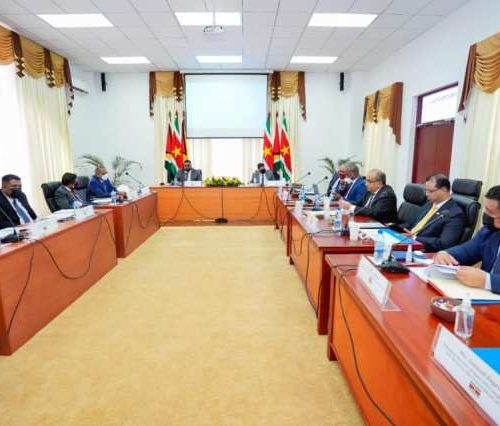 It is this mentality of bullyism and intimidation against women, in particular, that should make all women intuitively know that this is all too familiar; these are the components of domestic abuse and violence. The defenders of women’s rights are silent; known outspoken civil society organizations and influencers are silent – unfortunately in 2020 and now again in 2022.

Retired Justice Claudette Singh has loyally served her country for decades, she has guarded her integrity and her adherence to the constitution and rule of law. These threats are unacceptable in any civilized society and must not be allowed to continue without consequences.

The only way that “bully boy” Norton and his supporters will understand that Guyanese are a decent, respectful people who will not accept such threats, is if they feel their rejection of this cowardly behavior. Norton should remember the public reaction, even amongst his supporters, to his refusal to shake the outstretched hand of President Mohamed Irfaan Ali.

There is no indication that this “bully boy” intimidation behaviour will stop. It is time for

i. the Guyana Police Force take action to investigate these threats;ii. leaders of civil society and women’s rights organizations in particular, should comeout and call fowl on the misogynistic bullying of a woman, an outstanding Guyaneseand the GECOM Chair;iii. the diplomatic and international community to make known their concerns regardingthe safety of Justice Singh, and the efforts by Mr. Norton to destabilize the electoralprocess as he and the APNU/AFC Coalition tried in 2020.

I shall also be formally writing the diplomatic and international community with regards tothe targeting and threats to Justice (Ret’d) Claudette Singh, Chairperson of the GuyanaElections Commission, and Norton’s dastardly plot to undermine GECOM and the electoralsystem in Guyana.