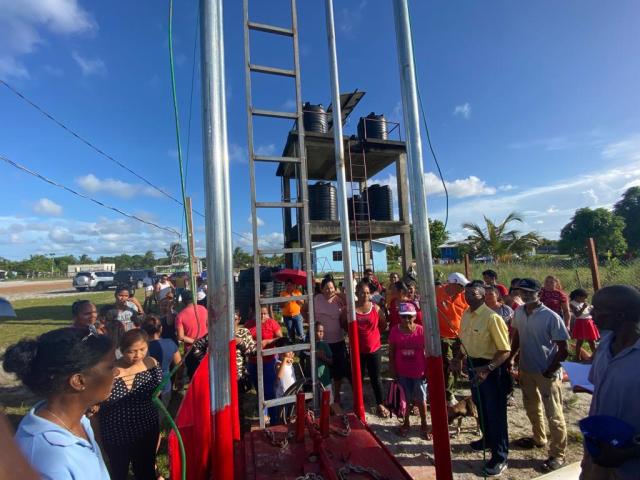 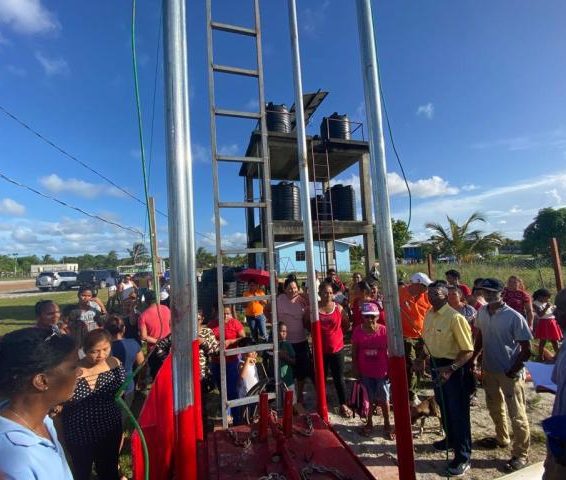 Residents of Swan Village on the Linden/Soesdyke Highway will soon be the beneficiaries of improved water supply, following efforts by the Government of Guyana (GoG) and the Guyana Water Incorporated (GWI) to drill a new potable water well to serve the community.

The existing water distribution system at Swan is a low-producing one that currently cannot
supply the entire village adequately. As such, a site visit was conducted by GWI one (1) year ago, where it was determined that the community needed a new well. As such, work towards this end was initiated.

Consultations involving GWI’s CEO Mr. Shaik Baksh, other Company officials and the people of Swan were done by way of a visit to the community. There, the exercise was well- received with residents turning up in large numbers, even as they were promised a better supply of potable water.

Now, GWI’s promise to the people of Swan Village will be materialized. A contractor has already been attached to the project and drilling of the well has already commenced. It is estimated that this will be completed within a month’s time.

Meanwhile, the pipe distribution network to serve the community, will be outfitted with standpipes at a later date.

Eyewitness: How will it end…between GY and TT?

A Memorandum of Understanding (MoU) is expected to be drawn up and signed by the GWI
and the Village.

Gratitude has been extended to the Government of Guyana and the GWI for this important
venture by members of the Swan Village.