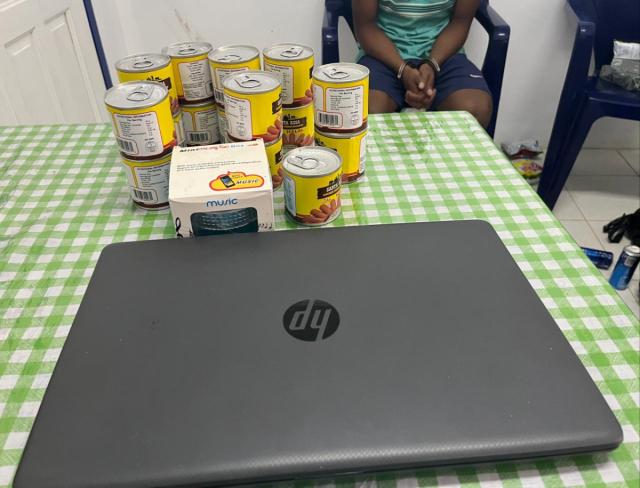 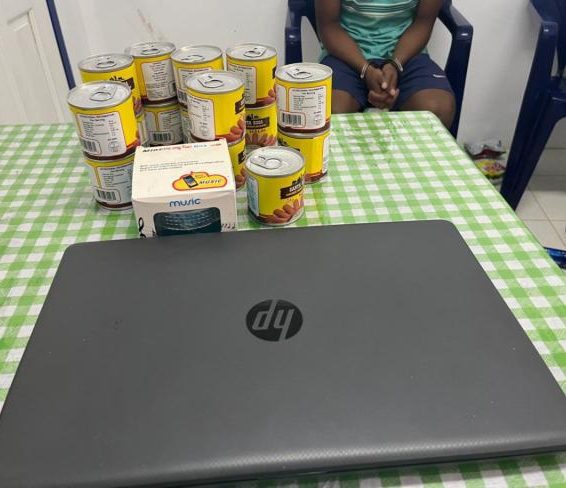 Police in Region One (Barima-Waini) have arrested the prime suspect in a robbery committed on a 49-year-old businessman of Kumaka Water Front, Moruca, North West District.

The incident occurred in the wee hours of April 7, after the businessman, who operates a grocery shop, secured his premises and went to bed.

Reports are that at around 09:00h that day, when the businessman went to his shop, he discovered the door opened and items missing.

A report was made to Acquero Police Station.

The suspect was later seen walking along the Moruca Access Road with a black haversack on his back. He was reportedly acting in a suspicious manner and was immediately confronted by an investigating rank.

A search was conducted on his person and a stolen computer was found in the haversack.

Eyewitness: On the road…to heaven or hell?

He was immediately told of the allegation and admitted to committing the offence.

He also provided the police with additional information which led to the recovery of the other items that were stolen.