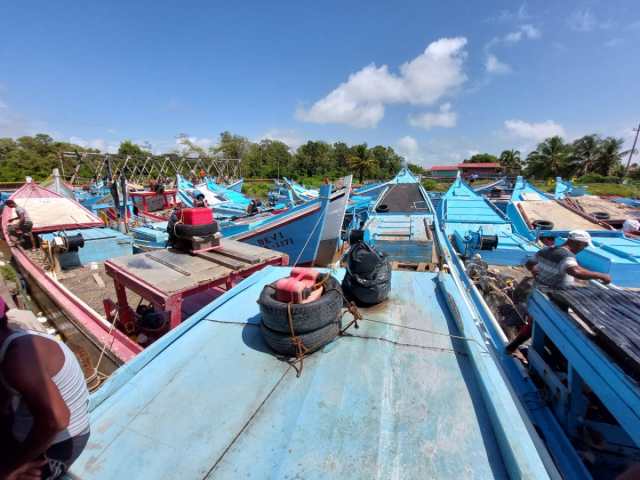 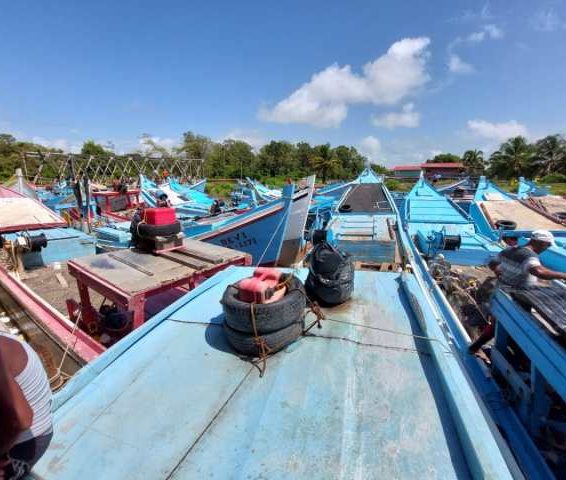 3 weeks ago·2 min read
ShareTweetPinShare
Home
Local News
Suriname not living up to its agreement to licence Guyanese fisherfolk – VP
The content originally appeared on: INews Guyana
Some fishing vessels docked at a wharf in Region Six (East Berbice-Corentyne)

Vice President Dr Bharrat Jagdeo has expressed concerns over the length of time it is taking Suriname to live up to its agreement to licence Guyanese fisherfolk to operate in their waters.

Jagdeo commented on the situation during a recent outreach to Region Six (East Berbice-Corentyne).

Most of the fishers, when they go into the Atlantic Ocean, are still considered to be in Surinamese waters, hence the need for a licence from the Dutch-speaking country to operate there.

Currently, the licences are issued to Surinamese businessmen at US$100 per year and rented to the Guyanese fisherfolk at US$3000 annually.

Following a high-level meeting in Guyana in August 2021 between President Dr Irfaan Ali and Surinamese Head of State President Chandrikapersad Santokhi, the two leaders had issued a joint statement indicating that the age-old issue of licences for Guyanese fisherfolk to operate in Suriname’s territorial waters will be addressed.

Nothing has happened since then.

Jagdeo says the Suriname Government has not been acting as a good neighbour as it relates to those promises.

“Suriname has changed its position several times before when they promise to give us the licences in writing. Then the same man who put it in writing denied that he did that. We have the evidence of it and we published it,” the Vice President told the fisherfolks during the outreach.

Following the signing of the agreement between the two Heads of State in August last year, Jagdeo met with fisherfolk on the Corentyne on April 10.

At that meeting, the Vice President said the government will continue to do all it can to ensure that fishermen on the Corentyne are licenced to operate on the Corentyne River despite resistance from some Surinamese. 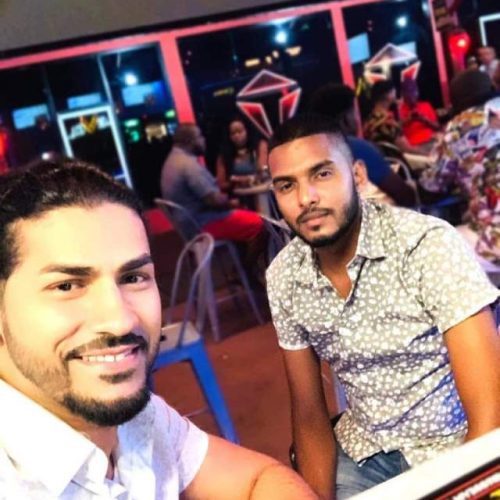 “The only thing that we can commit to is keeping the pressure up,” Jagdeo told the fisherfolk in April, adding that the issue is a priority for the Guyana Government.

According to the Vice President, Guyana’s government is aware of the reason for the Santokhi-led Administration not acting on its promises.

“Sometimes they go back and forth because the right people are making a lot of money off of these licences over there, so, they don’t want to give them [to Guyanese]. Therefore, they are fighting. Even when there is goodwill at the level of the government, there is a problem at other levels. We will keep watching and we will keep pressing,” Jagdeo contended at the most recent outreach to the region.

About 150 boats operate from the Number 66 Fisherman’s Co-op Society thus providing direct employment for about 800 fishermen. Additionally, some 200 persons are employed in providing services which include transportation, fish vending and repairs to machinery and equipment.