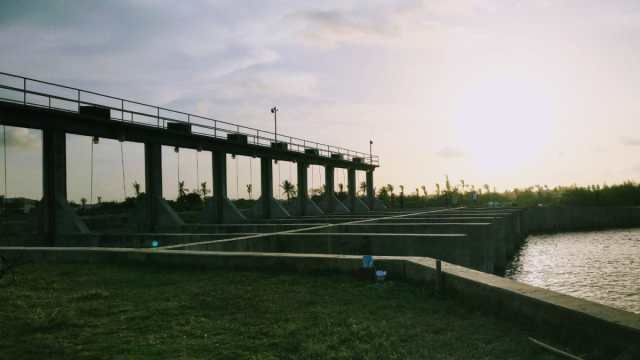 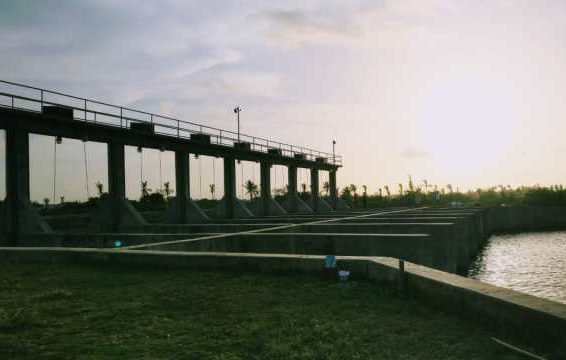 Studies underway for replicas of Hope Canal in Regions 3, 5, 6

The Guyana Government embarked on a process to construct of replicas of the Hope Canal in at least three other regions across the country, to aid with drainage and irrigation and water management in those areas.

The Hope Canal, or Northern Relief Channel, which is located at Hope/Dochfour, East Coast Demerara, is a multi-component channel that allows excess water from the East Demerara Water Conservancy (EDWC) to be drained into the Atlantic Ocean via an eight-door sluice, so as to avoid overflowing and possible flooding.

President Dr Irfaan Ali has said the Hope Canal was instrumental in preventing massive flooding along the East Coast of Demerara during the unprecedented May-June floods, and has announced that similar infrastructure would be constructed in other regions to curb devastating floods. These include Regions Three (Essequibo Islands-West Demerara), Five (Mahaica-Berbice) and Six (East Berbice-Corentyne).

During an interview with reporters on the sidelines of the sod-turning ceremony for the Hyatt Place Georgetown hotel, Finance Minister Dr Ashni Singh disclosed that work has already started on those projects. He noted that technical teams are currently looking at possible sites in those regions to replicate the Hope Canal.

“We’ve started the technical work already. Our engineers have been going out and are looking at locations and are thinking about design structures, so this is something that is very much on the front burner. I don’t want to attach a date on the commencement of construction, but I can tell you that the technical and engineering work has started,” the Minister indicated.

Dr Singh was at the time talking about Guyana’s vulnerabilities as a low-lying coastal state. He explained that because the country’s coast is below sea-level, elaborate drainage and irrigation infrastructure is necessary, and large canals have the potential to aid with water management.

“The low-lying nature of our coast has necessitated a very elaborate and complex system of drainage and irrigation on the coast, to manage and contain the influx of salt water, particularly into agriculture lands, and at the same time manage the accumulation of water in the highlands. As you know, we have an elaborate structure of conservancies and of dams. The East Demerara Water Conservancy is one such example, and so the task of coastal defence and drainage and irrigation has always been a very complex and costly one for Guyana,” the Finance Minister stated.

Nevertheless, he posited that the People’s Progressive Party/Civic (PPP/C) Government would continue to do all it can to invest in robust sea defence structures in order to protect the country’s vulnerable coastline, while simultaneously investing in the necessary drainage and irrigation structures that are necessary to protect the coastal zones and pursue water management objectives, including drainage and irrigation for the purposes of agriculture.

The $3.6 billion Hope Canal channel, which was conceptualised under the Bharrat Jagdeo-led Government, was constructed following the 2005 floods, when excessive rainfall compounded by a breach in the embankment had resulted in Regions Four (Demerara-Mahaica) and Five (Mahaica-Berbice) experiencing massive flooding, causing significant damage to agricultural and residential areas.

After several delays, the project became operational in 2016.