A Corentyne cattle farmer is seeking the intervention of senior government officials after his cattle were allegedly taken to a pound by persons who were previously licensed to impound stray animals.

A few months ago, Home Affairs Minister Robeson Benn has announced that the Stray Catcher’s Unit was disbanded, noting that the unit faced a plethora of allegations relating to wrongdoings, and had caused tremendous trouble.

However, on Tuesday, a group of persons who were attached to the unit on the Upper Corentyne, Region Six (East Berbice-Corentyne) impounded twelve head of cattle belonging to a farmer.

Jagdesh Dinnauth of Number 56 Village, who has between 40 and 50 head of cattle, told this publication that on Tuesday he was grazing his cattle in the backlands at Number 57 Village, and had some with him while 12 others were a short distance away.

“The front set was by the bridge, and some guys come and start to circle up the cow them. Another cattle farmer come and tell me that some guys hold up my cows.”

Dinnauth said he confronted the men, who told him they were taking the animals to the pound.

According to the cattle farmer, who also cultivates 70 acres of rice, the men tried to make a deal with him, suggesting that he gives them half of the money which the pound would take and they will loose the animals.

Dinnauth has said he did not strike a bargain, but allowed the animals to be taken away.T

he Number 51 Police Station refused to accept the animals’, citing provisions in the law, which allows for anyone who had suffered as a result of animals that were not under control to get an officer of the law and estimate the damages, and then have the animal owner prosecuted.

The animals were taken to the pound at Number 55 Village, which is owned and operated by the 52-74 Neighbourhood Democratic Council (NDC). 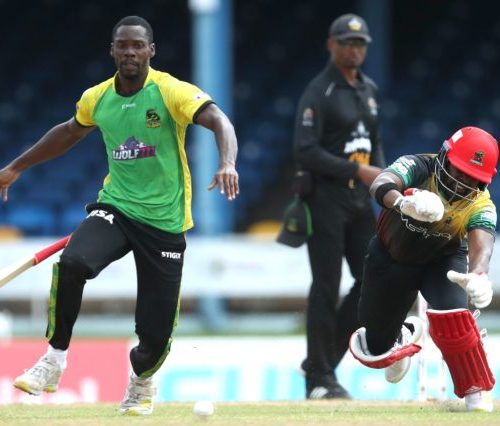 Patriots cruise to victory against Tallawahs

Dinnauth says the men are claiming the cattle was at ‘Black Boy’s farm, which is situated at Number Naught Village.

“To get from Number Naught, you have to jump six trenches, and none of the cow foot get mud and all the trenches the water dry out and is sheer mud. Is since this morning I with my cows,” he said he related to the ‘cow catchers’.

Meanwhile, this publication understands that on Wednesday afternoon the NDC was advised by the Police to release the animals after meeting with the various parties. However, the NDC has not heeded the advice.

When contacted for a comment, Chairman of 52-74 NDC, Nandcham Gancham, said he was waiting at the NDC on Dinnauth to have the matter investigated. After being reminded that this publication was speaking to him on his home landline, Gancham said the animals will be released after an investigation.

Dinnauth, who had gone to the NDC to meet the Chairman, who was not there, said he was told that the animals will only be released after the pound fees are paid.