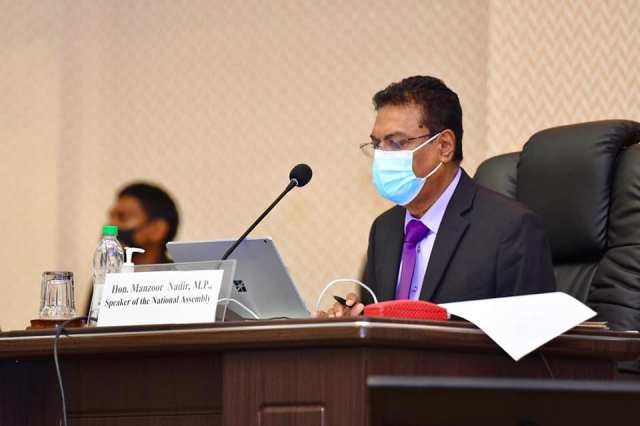 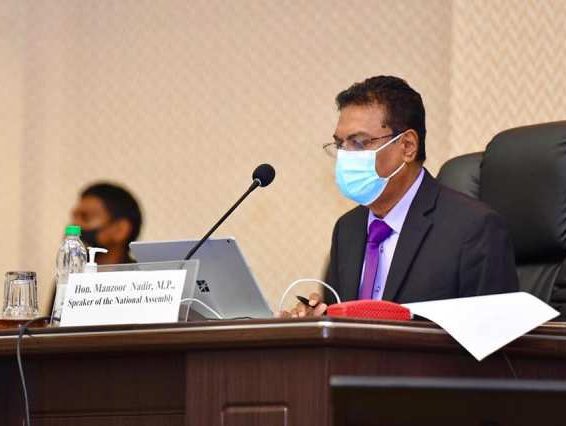 With statutory sessions of the Public Accounts Committee (PAC) currently in limbo due to health issues experienced by critical staff, a meeting is planned between the Speaker of the National Assembly and the two sides to determine the way forward.

This was confirmed when this publication made contact with Clerk of the National Assembly, Sherlock Issacs on Monday. He explained that Speaker of the National Assembly Manzoor Nadir will be meeting with PAC Chairman Jermaine Figueira and Chief Whip of the Government side, Gail Teixeira. Moreover, Issacs noted that there is a possibility that a new Clerk can be provided for the statutory meeting.

“The Speaker will be meeting with the Chairman and Chief Whip on Wednesday to discuss the way forward… I’ve identified another Clerk of Committee, but I’m waiting for the Speaker to have the discussion,” the Clerk explained.

Statutory meetings of the Public Accounts Committee, which is examining the Auditor General’s 2016 report, are usually held on Mondays. However, the meetings were postponed because the Committee Clerk became ill due to “high stress levels” at previous meetings.

In a letter from Issacs to the PAC Chairman, it was also indicated that other clerks were unwilling to take up the job due to the unprofessionalism of unnamed members of the parliamentary committee.

Only recently, Governance and Parliamentary Affairs Minister Gail Teixeira warned that a No-Confidence Motion could be looming to have Figueira removed from the post. This was after the two sides of the House had a disagreement over a motion to increase the sittings of the PAC.

Figueira, who had only taken over as Head of the PAC in July after the previous Chairman, David Patterson, was removed by a NCM, wants to increase the sittings of the PAC since it is only still reviewing public spending from 2016.

But Minister Teixeira has contended that it is difficult to meet more than once a week, since Government parliamentarians and heads of constitutional agencies have other work to attend to.

“A decision was made on October 11 in the Committee, without any discussion or any attempt to reach consensus on having meetings twice weekly… they attempted this before and they knew the Government was not in support, neither the constitutional body heads. I brought a motion to rescind the motion of October 11, in keeping with the standing orders. And although hotly debated in the beginning, Figueira did agree he needed more time to review it,” the Parliamentary Affairs Minister said.

According to Teixeira, Figueira agreed that the motion would come back at the next statutory meeting of October 25. This was agreed to, after which the PAC continued dealing with the 2016 Auditor General Report.

“Regrettably, when we came near to the end, Mr Figueira shut off the live stream, told the media to leave and proceeded to adjourn until Friday, October 22. Despite him being reminded he had made a commitment to October 25, the statutory meeting on Monday. He proceeded to walk out the meeting… This is reminiscent of what we went through in the PAC with Patterson as the Chair. Once again, APNU/AFC cannot be trusted with anything, even a simple motion to rescind a decision… so we will now start down a road that is familiar and if this behaviour continues, we have no qualms of going to the House once again to remove the Chairman of the PAC,” Teixeira contended.

However, PAC Member and APNU/AFC Parliamentarian Ganesh Mahipaul released a statement in which he was adamant that Figueira was not bound to hold the next meeting on October 25, like he had agreed. He also argued that the twice weekly meetings are necessary considering the PAC’s backlog.