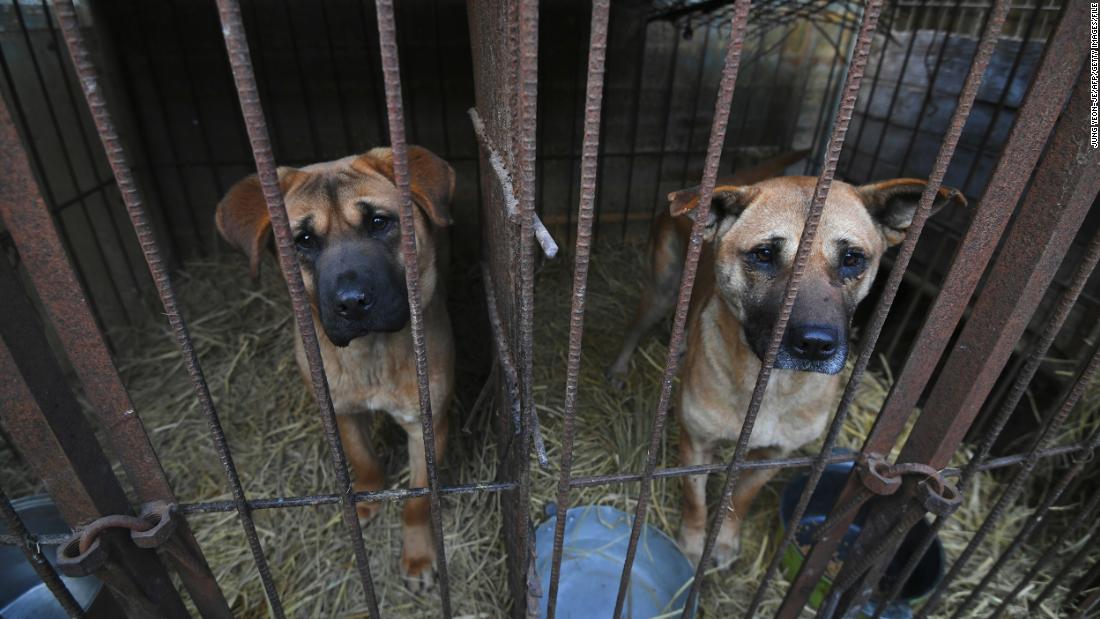 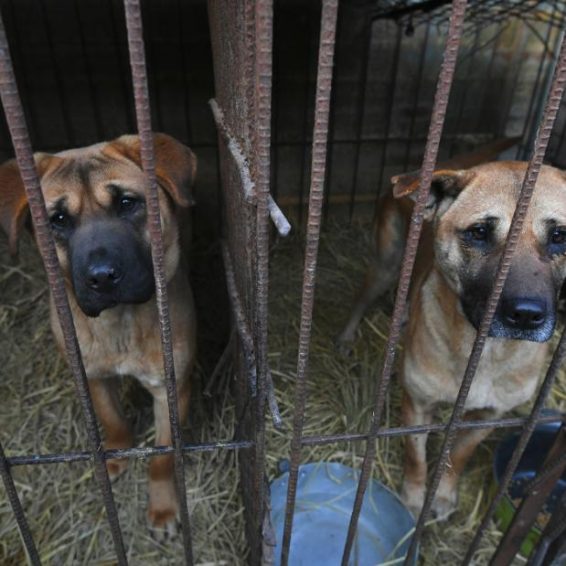 3 weeks ago·1 min read
ShareTweetPinShare
Home
World News
South Korea’s President Moon says it’s time to consider a ban on eating dog meat
While no longer as common as before, dog meat is eaten mainly by older people and is served in some restaurants and can be bought at specific markets.
Moon made the remarks after being briefed by Prime Minister Kim Boo-kyum on efforts to improve the handling of abandoned animals and a mandatory registration system for dogs.
“After the briefing, he said time has come to carefully consider imposing a dog meat ban,” Moon’s spokeswoman Park Kyung-mee said in a statement.
It was the first time that Moon raised a ban, which is likely to give fresh momentum to debate over whether to curtail the practice.
Head of S Korean dog charity ‘secretly euthanized hundreds of animals’
Read More
To boost their popularity, several presidential hopefuls have pledged to ban dog meat in recent weeks, especially as dogs have become popular as pets and advocacy groups have urged South Korea to close down restaurants and markets selling dog meat.
Lee Jae-myung, governor of the country’s most populous province of Gyeonggi and a leading presidential contender from Moon’s party, has vowed to push for a ban through social consensus.
But Yoon Seok-youl, an opposition frontrunner, has said it was a matter of people’s personal choice.
A poll commissioned by animal welfare group Aware released this month said 78% of respondents believed the production and sale of dog and cat meat should be prohibited and 49% supported a consumption ban.
However, another survey by polling firm Realmeter found people were divided over whether the government should ban eating dog meat, though 59% supported legal restrictions on dog slaughter for human consumption.
Dog meat sellers have insisted on the right to their occupation, saying their livelihoods are at risk.