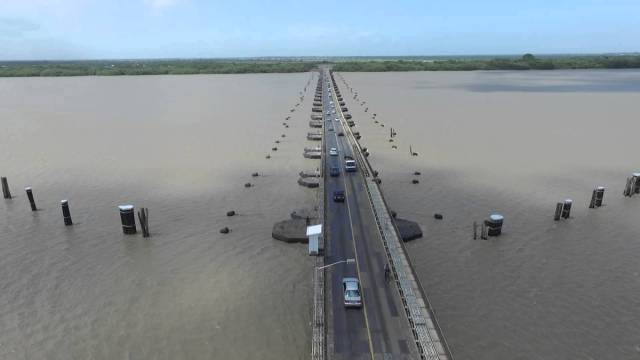 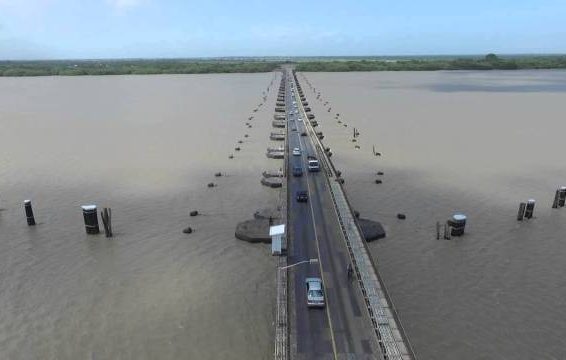 Some houses to be removed for construction of new Demerara Bridge

A small number of properties will have to be acquired by Government to facilitate the building of the new Demerara River bridge.

This was revealed by the Public Works Ministry’s Chief Transport Planning Officer, Patrick Thompson during a tour of the site on the East Bank of Demerara end of the proposed structure at Nandy Park.

Asked specifically about the exact number of homes that will have to be relocated, Thompson said a mere “handful”.

“…But there are a handful of properties that that will likely fall within the right of way of the bridge. And those will have to be acquired,” Thompson said.

Joining the team for the tour of the area was Region Four (Demerara-Mahaica) APNU appointed Regional Chairman, Daniel Seeram.

Seeram told the media that although the project is still in an infancy stage, he will give his support for it.

“…such a construction in this area will be massive and will be impacting a lot of communities within the areas. We would have noted that some of the properties would fall directly in the right of way zone of the Demerara bridge and that has caused some amount of legal decisions to be made in terms of public acquisition of lands to facilitate that, that construction,” Seeram told the media, adding that “…these constructions uplift the region and I guess it will be welcomed by all Guyanese, those living on these East Bank the East Coast and in Georgetown to ease the traffic woes that we have in the morning rush hour period and in the afternoon rush hour periods.”

He said that the regional authorities are supporting Central Government and other local authorities to ensure that project is effective, as such infrastructure brings “more economic prosperity.”

“So here we are working together as a team at both the regional governance along with the Central Government and the other local authorities to ensure that such projects have all of the questions answered and that all of the Guyanese could understand that some amount of discomfort will be there. But we are keeping to push into more transformative development within the region that can bring more economic prosperity and could relieve some of the issues that we’re generally having on a day-to-day basis.”

He added that “I love to give the no objection because the project is warranted for the region. But we have processes that we have to follow right. My governance strategy at the region is meaningful consultation, thorough discussions leading to informed decisions. So I’m leaning towards yes, given that no objection, however, I have to make sure that consultations were happening below me in terms that the local authorities level and I must check with the other stakeholders before I can give that final no objection on behalf of the region.”

With the construction of the new Demerara River bridge slated to start in the fourth quarter of 2021, the project is expected to be finished within two years. The bridge will land aback Nandy Park on the East Bank of Demerara and at La Grange, West Bank Demerara.

Only recently, Cabinet granted it’s no objection for China State Construction Engineering to construct the bridge.