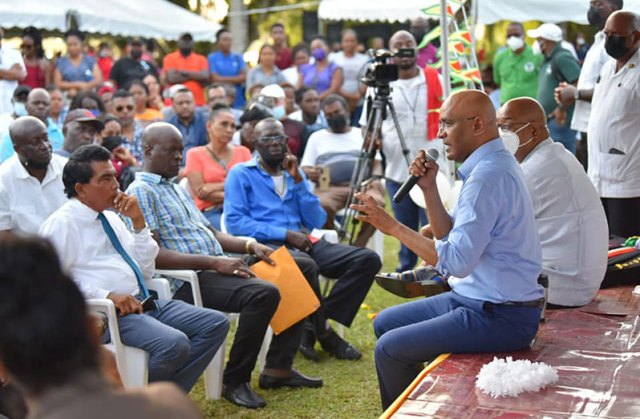 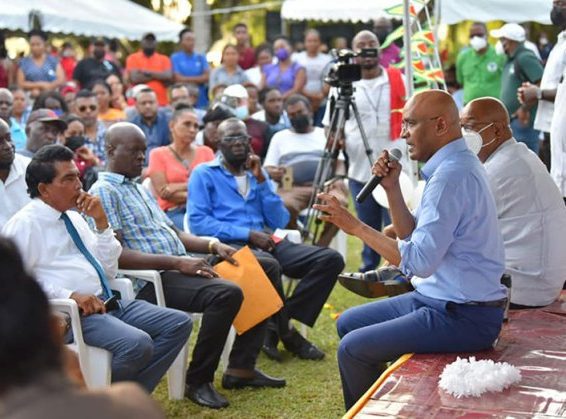 Since the announcement that the People’s Progressive Party/Civic (PPP/C) Government would be creating 800 temporary jobs in Region 10 to help cushion the impact of cost of living spikes, approximately 900 applications have come flooding in.

This was recently revealed by Vice President Bharrat Jagdeo, who assured that persons will start receiving their new jobs soon. Jagdeo also pushed back A Partnership for National Unity (APNU), who he said have been criticising the initiative despite their lack of job creation during their time in office.

“In the same Region 10, we already have about 900 applications and most likely we’ll have to do more than the 800, for the part time jobs. Already people have been applying. They sought to disparage it and say, Jagdeo’s lying again about the jobs that will be created. Of course, the applications had to go out. And so, we’ve already been receiving the applications.”

“In five years, they didn’t create 500 jobs in Linden. In fact, they took away the jobs by closing the call centre that we had built and was working. Took away jobs from Linden. And they want, in three weeks, because I said in three weeks’ time we’re going to get the document out, that oh he’s lying because three weeks have passed and we didn’t see the 800 jobs,” Jagdeo said.

Jagdeo noted that now that the applications had been received by the Government, it would only be a matter of time before those people are appointed, in keeping with the commitments made by the Government.

Government has also said it will make available 200 small grants valuing up to $250,000 for budding entrepreneurs to either start or expand their businesses. According to the Vice President, this financial assistance will be made possible through the Local Government and Regional Development Ministry.

An estimated 50,000 jobs were lost from different sectors during the reign of the previous APNU/AFC Administration, the majority from the sugar industry. Additionally, between 35,000 to 40,000 persons were made jobless when the country was locked down for about one year.

In the period leading up March 2020 National Elections, the now ruling PPP/C while on the campaign trail had promised to create 50,000 during its five-year term. The party had promised that sugar workers would have gotten back their jobs. 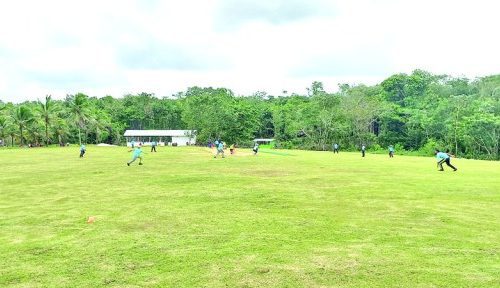 However, according to the Vice President, there is a lack of skilled labour and Government is putting things in place to address this. This is being done by offering training for persons. The former Head of State pointed out that while there is a labour shortage in Region Four, Region Five and Six have a shortage of skilled labour.

When it comes to Linden, the Government had inked a Memorandum of Understanding (MoU) last year, for the re-establishment of a call centre in the mining town which would create some 250 jobs.

Finance Minister Dr Ashni Singh had participated in the ceremony in Linden, which saw a MoU being signed between the Guyana Office for Investment (GO-Invest) and Midas Business Process Outsourcing (BPO) Inc for the expansion of the BPO to the Mining Town.

With the expansion of the business to that region, Chief Executive Officer (CEO) of Midas, Malcolm Sobers explained that 50 to 75 persons would be recruited by October 1 while by year-end that number would increase to 150, then further moved to 250 by June 2022.