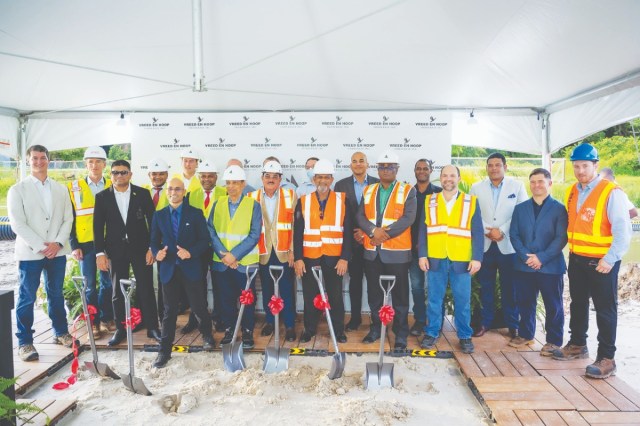 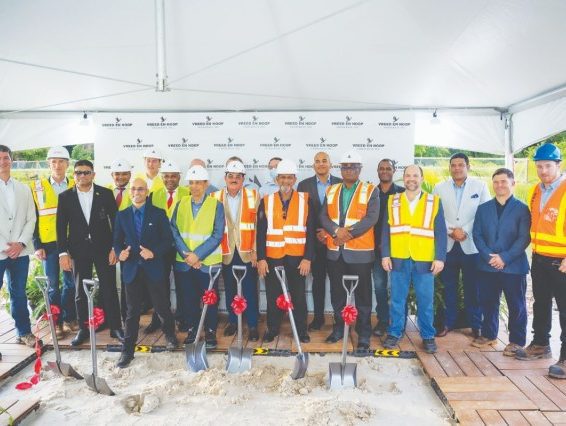 Just months after a 20-year agreement was signed between ExxonMobil and the Vreed-en-Hoop Shorebase Incorporated (VEHSI), the sod has been turned on the US$300 million shore base facility for Exxon at Port Vreed-en-Hoop.

The sod-turning ceremony was held on Tuesday within the vicinity of the project site at Plantation Best, West Bank Demerara (WBD). It featured executives from the consortium, as well as Natural Resources Minister Vickram Bharrat and Minister within the Public Works Ministry Deodat Indar, who hails from the area. Also in attendance was Opposition Parliamentarian Ganesh Mahipaul.

In his address, Minister Bharrat lauded the businessmen; Nicholas Boyer of National Hardware Guyana Limited, Azruddin Mohamed and Nazar “Shell” Mohamed of Hadi’s World Inc and Andron Alphonso of ZRN Investments Incorporated, for answering the Government’s call for investments throughout the country.

“I think they must be commended for taking this initiative and answering the call of our government to form consortiums and joint ventures so that Guyanese can invest in the oil and gas sector. Because we know that it is a very capital-intensive industry.”

“It requires a lot of start-up capital to invest in the oil and gas sector. And that is a challenge for us, in Guyana. And one way to overcome that, is in partnership,” Minister Bharrat further explained.

According to the Minister, the Government is committed to working with the oil and gas companies to bring benefits to Guyanese. The fact that today, approximately 4000 Guyanese are employed in the sector, is testimony to that.

Minister Indar, who recalled growing up in the area and swimming in the trench as a little boy, was optimistic that the project would lead to huge economic spin-offs, not least of which include providing employment to the people of the region.

“When I was a boy growing up, I never dreamed of having something like this kind of project, this kind of development, coming to Region Three. I mean, 43 acres of shore base gonna be used for oil and gas operations and what not.”

“That will bring significant benefits into Region Three. It will make this region a hub, just like Region Four is. I believe it will also drive huge economic spin-offs in other different industries. Supplies into developing the shore base and operating it,” Indar further said.

In April, ExxonMobil Guyana and the Vreed-en-Hoop Shorebase Incorporated (VEHSI) signed a 20-year agreement for shore base services to be provided at the port of Vreed-en-Hoop facility to support the US oil giant’s operations offshore Guyana. 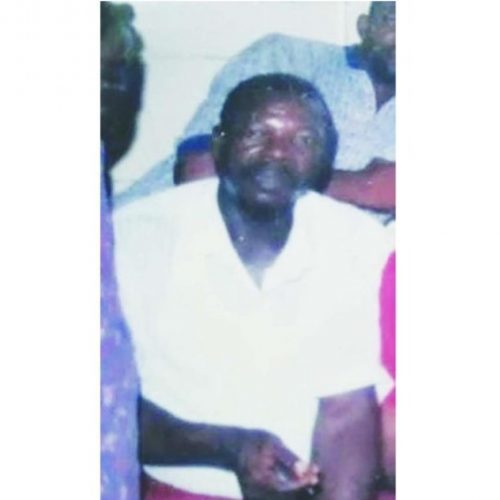 NRG holds a majority stake of 85 per cent in VESHI, while the remaining 15 per cent is owned by Jan De Nul – the company that will construct the facility.

The multi-million port of Vreed-en-Hoop, which will be located at the Best, WCD foreshore, will feature an offshore terminal; fabrication, umbilical and spooling yards; a dry dock facility; a wharf and berths, and administrative buildings, among other facilities.

At the signing, President of ExxonMobil Guyana, Alistair Routledge stated that this shore base facility will allow the company to do more construction-related works, such as fabrication, right here in Guyana to support its offshore operations.

He explained that ExxonMobil has already invested in the Guyana Shore Base Inc (GYSBI) which has enabled them to bring the supply chain for drilling operations and production operations into Guyana almost completely out of Trinidad.

The first phase of the project will see the deepening, widening, and dredging of the access channel, as well as land reclamation. It also includes an offshore terminal, dry dock facility, and fabrication yard spanning 65 hectares.

Earlier in June, the area for the construction of the facility was being surveyed by the Jan De Nul Group, a Belgium-based company that is specialised in offshore, marine, civil, environment, and project development.