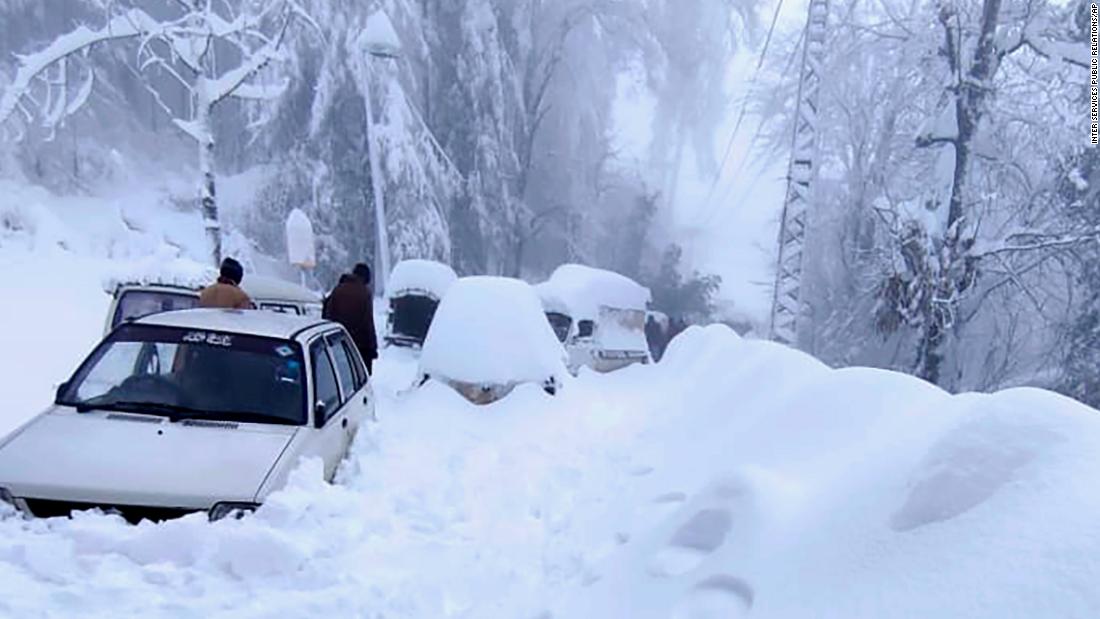 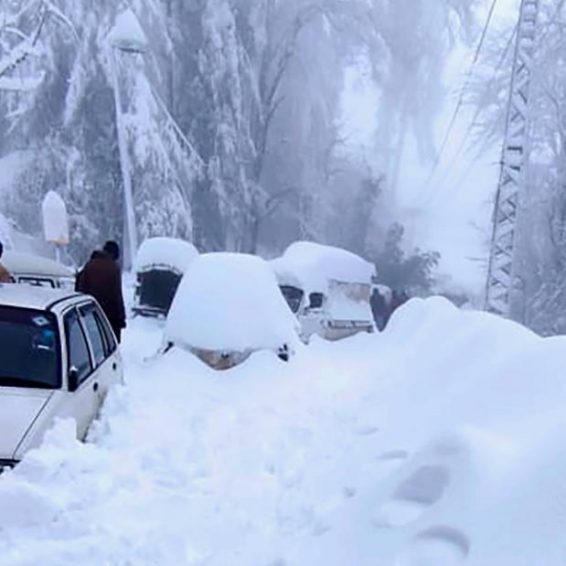 (CNN)At least 21 people are dead in northern Pakistan after thousands of vehicles became stranded in a blizzard Saturday.

All the roads in Murree are now clear, a police spokesman for the Islamabad police said, and officers have evacuated thousands of people who were stuck in the area, northeast of the capital.
The tourists, who were stuck in a traffic jam, suffered from a “food crisis” after being stranded, Interior Minister Sheikh Rashid said in a video statement Saturday.
Rashid added earlier that the government had called army and civil armed forces for emergency rescue operations for “nearly a thousand” vehicles that were stranded.
Army troops take part in a rescue operation in Murree.
Pakistani Prime Minister Imran Khan said he had ordered an inquiry into the incident.
Snow began to fall Tuesday night and continued at regular intervals, leading to an influx of thousands of tourists, Reuters reported. But many families became stranded on roads due to the number of visitors, and with local media reporting that over 100,000 vehicles entered the hill station.
Read More
Pakistani Prime Minister Imran Khan said he had ordered an inquiry into the incident, adding that there was “unprecedented snowfall” and that a rush of people traveling to the area “without checking weather conditions caught district admin unprepared.”
“Shocked & upset at tragic deaths of tourists on road to Murree,” he said on Twitter.