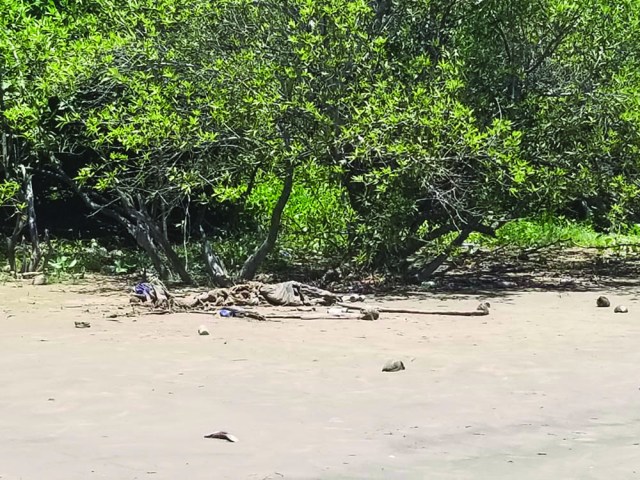 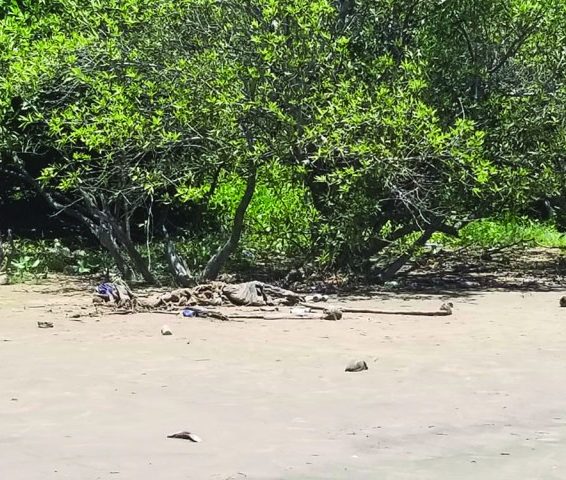 The skeletal remains suspected to be that of a missing Surinamese fisherman were found on Saturday along the Corentyne foreshore in the vicinity of Eversham, Region Six (East Berbice-Corentyne).

The discovery was made by a farmer who was traversing the area. The farmer related that he observed a flock of vultures feasting on what he at the time thought was a dead animal. However, he reportedly went closer to investigate when he made the gruesome discovery.

From all indications, the human skeleton was partially covered with sand. The Police were immediately contacted and a team of investigators arrived at the scene a short while after.

Police in Berbice confirmed that there was no missing person’s report and as such, are working on the theory that the body could have floated from elsewhere and ended up at the foreshore.

However, back on August 9, Surinamese news network, Actionnieuws reported that Wazir Shaw also called “Buddy”, a fisherman of Nickerie, had gone missing without a trace. 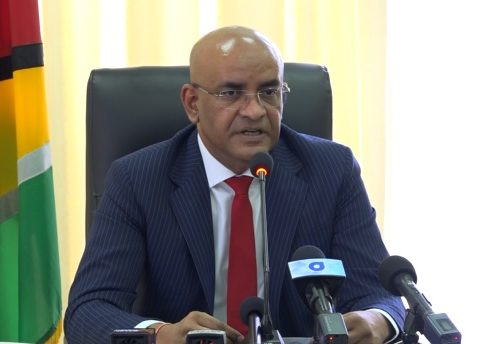 Following the discovery of the body on Saturday, family members of the missing Surinamese fisherman reached out to authorities in Guyana and provided them with information about the missing man.

It was reported that Shaw was last seen wearing a tracksuit and had steel plates in his leg. This, relatives say, should assist the Police in confirming whether or not the remains found on Saturday are those of Shaw.

At the time of the discovery, the remains were partially covered in a black or dark blue sweater suit. The remains were transported to the Skeldon Hospital Mortuary as investigations continue.