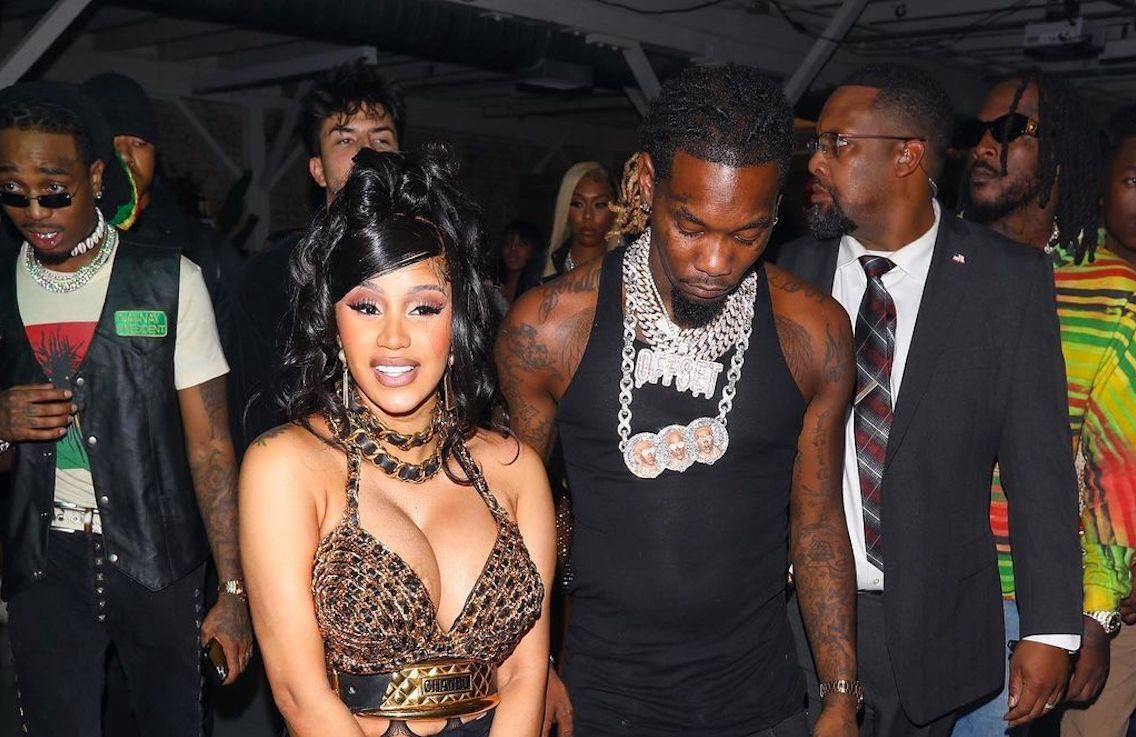 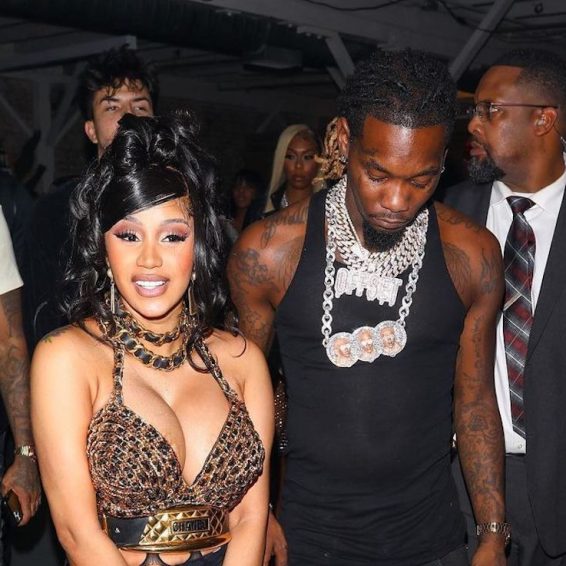 Cardi B and Offset spared no expense for her dancehall-themed 29th birthday bash pulling out some artists like Shenseea, Spice, Ding Dong, Kranium, and more in Las Vegas.

The Bronx rapper appeared to have a ball of a time as she was spotted “brukking out” with Spice, who was performing. In a video shared on her platform, Spice shared a video of herself performing “So I Like It,” in which Cardi B is also matching her in dance moves.

Cardi B wore a 90s inspired outfit which included net stockings, shorts, and a gold detail bra along with a matching hairstyle from one of the dancehall icons whose pictures she posted that she was attending as.

Spice, who drew Cardi B to perform for her birthday, also wished the “WAP” rapper happy birthday.

“Happy Birthday @iamcardib you couldn’t have a Dancehall party without the Queen of Dancehall..your party was a bloodclaat Movie,” she said. “Thanks for hiring me to perform for you and yessss that’s right you handled this very professional and spend up you good good lump sum a money to fly in my entire crew #Booked skin out mi pump um,” Spice wrote on her Instagram.

In a second video, Cardi B, who recently had a baby, is seen wining low as persons around her scream at her dancing.

Ella Mai, who wore a skin-tight grey body summery bodysuit, was seen twerking on a man on the dance floor.

Normani was also seen spitting on the floor and wining to Shaggy, Spice, and Sean Paul’s “Go Down Deh” while Megan was definitely showing out as she squat low and proved that her knees are superior, even out-dancing Spice at the signature dance move.

Teyana Taylor stole the show in her Jamaican-inspired net bodysuit as she hopped onto the back of another person dancing.

Quavo, who had a Jamaican flag draped over his shoulders, also appeared too lit and no match for Spice’s dancers. Maybe he was warned, or he underestimated the energy in a Jamaican party, but the Migos rapper dressed in his rasta t-shirt appeared ready to dagger Spice’s dancer.

At the last minute, it seems he changed his mind about approaching the dancer. As Spice was performing “Go Down Deh”, Quavo can be seen getting ready to take on one of Spice’s dancers. After straightening his designer glasses and taking a wall for support, he quickly realizes he had taken on too much than he can manage as Spice’s dancer throws her leg over his shoulder and jiggles on him violently before jumping onto his waist and wining on him. Quavo soon takes off his glasses and hands them to a friend as the dancer holds onto him in a “front stab” move. Still a good sport, Quavo represents and doesn’t drop the dancer or falters during the performance.

Meanwhile, Sean Paul, who was not at the party, shared that he did custom dubs for Cardi B. He remixed “Temperature,” which shouts out both Cardi B and her husband Migos rapper Offset.

Jamaican DJ Jr. Chromatic, who was booked for the event for a soundclash against Noah Powa also shared a video of Offset and Cardi B wining to Sean Paul’s “Get Busy.”

Among those who were booked for the event were Creep Chromatic and a number of other Jamaican entertainers like Ding Dong and Kranium who performed at the event.

Ding Dong performed several of his hit songs, including “Bad Man pull up” and “Fling,” in which he had Cardi B doing the iconic dance move.

Ding Dong shouted out both Offset and Quavo and even performed Kartel’s hit song “Summer.”

Meanwhile, many fans online hailed the party, which was a good look for Jamaican music and culture, especially since it was an authentic dancehall party with Jamaicans.

On the other hand, Stories shared on Cardi B’s Instagram account show her talking and laughing with her friends Bobby Lyte and Jason Lee.

“You know something guys, I’m really sick, I have a headache, I took two shots, I had no food I feel like I’m dying,” she said.

She also shared that Offset’s birthday gift to her was a property in the Dominican Republic. “I love you so much and can’t wait for this hangover to go away so I can show you my full appreciation,” she said on her IG Story.