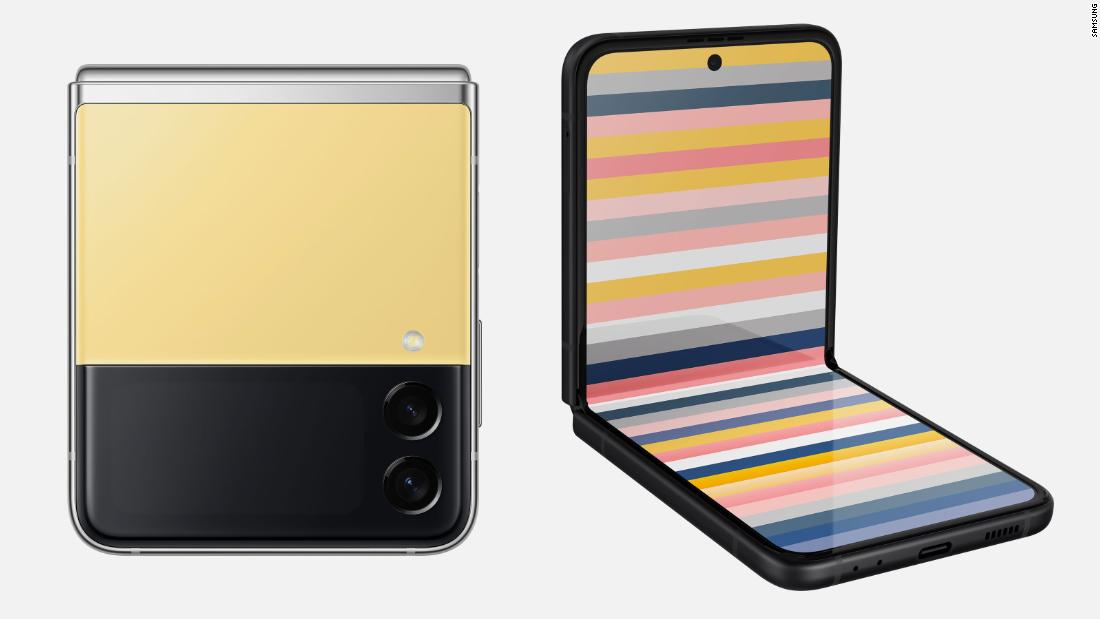 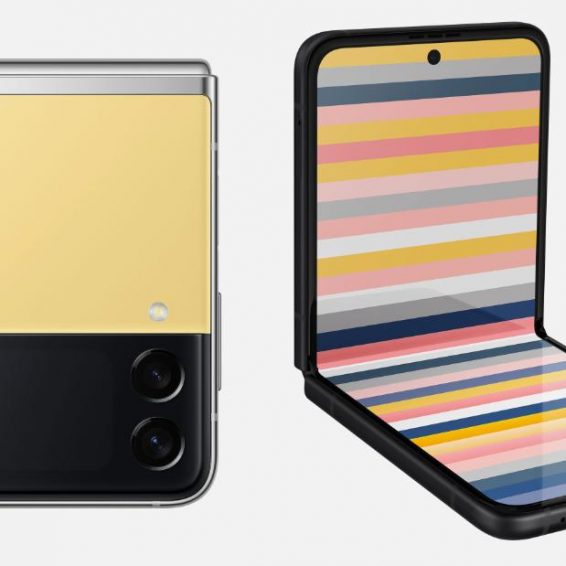 Samsung now lets you design your own flip smartphone

1 month ago·2 min read
ShareTweetPinShare
Home
World News
Samsung now lets you design your own flip smartphone
The content originally appeared on: CNN
But during a virtual press event on Wednesday, Samsung aimed to change that with a concept that makes users part of the design process.
The company showed off a made-to-order version of its Flip 3 smartphone that allows people to pick from a handful of design options that may reflect their personality or taste. It’s possible to choose frame options of black or silver, select various colors (blue, yellow, white, pink or black) for its front and back panels, or go for a stripes pattern. The company said up to 49 combinations are possible. It builds on its existing Bespoke line of products, such as refrigerators.
“This is the first time we’ve ever given customers this much customization on their mobile device,” the company said during the event.
Designs can be created through Samsung’s Bespoke Studio on its website starting Wednesday for $1,099.99 and up.
Read More
Samsung isn’t the first company to experiment with a customizable phone. In 2013, Motorola’s Moto X let users choose from 18 backside color options, seven trim choices and different material options, such as plastic or wood.
Samsung’s Galaxy Watch 4 can be similarly customized through the Bespoke Studio, too. The smartwatch also received a few new updates to give users more control over the look and experience. These include new watch faces — such as weather and health-focused displays — a gesture control feature, and enhanced fall detection.
In August, Samsung unveiled its clamshell-like Galaxy Z Flip 3 device ($999) with a design reminiscent of flip phones from the early 2000s. The Flip 3 is slimmer, lighter, more durable and water resistant than Samsung’s previous foldable models and features new ways to multitask, support for the Note’s signature S Pen, and a camera that lives under the screen that could someday spell the end of the hated notch.
Its latest press event comes during a busy week in tech product launches with Apple and Google also pushing out new gadgets ahead of the all-important holiday season. The products are launching amid ongoing concerns about global component shortages and logistics issues. It’s unclear how quickly Samsung will be able to turn around orders of its new Bespoke products, but the fact that it’s only launching in six markets may help alleviate some shipment concerns.
Samsung has long been a leader in making tech customizable. In 2017, it introduced the Frame TV that hangs on the wall and doubles as artwork when not in use. Meanwhile, its Bespoke refrigerator is custom built with different materials and colors, and features such as temperature control that can be tweaked via its SmartThings app.