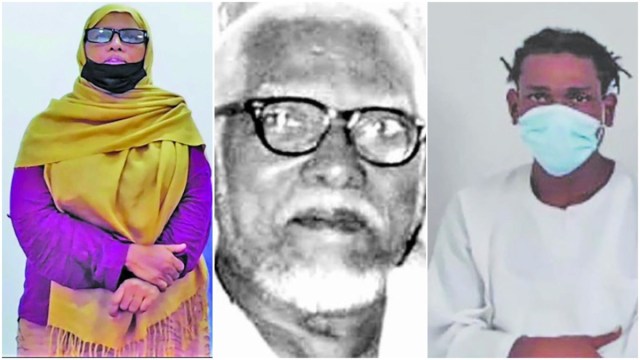 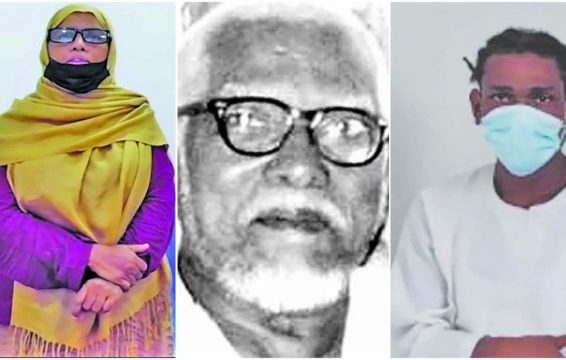 The 34-year-old hitman who was handed the death penalty early last month for the murder of an elderly Ruby, East Bank Essequibo (EBE) businessman has moved to the Court of Appeal, seeking to overturn his conviction and sentence.

Linden Lewis and that businessman’s daughter, Bibi Nazeela Habiboodean, were found guilty by a jury of murdering her father Habiboodean (only name given) between February 14 and 15, 2007. There are no records at the Court of Appeal of Bibi filing an appeal against her conviction and sentence.

Bibi, in her late 50s, had contracted Lewis, called ‘Bullet’, 34, to beat her 76-year-old father to force the elderly man to sign over his property to her. It was reported that the pensioner was badly beaten at his home on February 14, 2008. The elderly man, who owned a gas station, died the following day while receiving treatment at a hospital.

Shortly after the businessman was killed, the Police had arrested Bibi and Terry Lewton, who was employed by the late businessman. However, they were both discharged in 2009 because there was insufficient evidence to sustain a conviction following a Preliminary Inquiry which was held at the Vreed-en-Hoop Magistrate’s Court.

The murder of the pensioner had gone cold for several years, until 2016, when Police received new leads which led to his daughter being arrested again, as well as the hitman. That year, Lewis was arrested for questioning about the murders of Good Hope, East Bank Essequibo rice farmers Mohamed and Jamilla Munir.

Police said he confessed to being the hitman in Habiboodean’s murder, and implicated Habiboodean’s daughter as the plotter. The woman later turned herself over to the Police in the company of her lawyer.

The jury in their trial deliberated for close to two hours before emerging with unanimous guilty verdicts.

Despite the verdict, they had maintained their innocence.

“I am innocent of this offence,” Bibi had said in her remarks.

During the trial, Prosecution witness Police detective Inspector Devon Lowe had testified that Lewis give Police a caution statement in which he confessed to killing the businessman on the instruction of the businessman’s daughter, who had promised him $6 million, a house, a car, and a piece of land.

Lewis, Inspector Lowe said, told ranks that Bibi wanted her father dead because, unlike her other siblings, she did not get any of his assets.

“He [Habiboodean] alone went sitting down in a chair, and he ask me what I doing in the house, and I tell he he daughter send me to kill him. Then I start fuh cuff he up on he neck, chest and belly, and he stop move,” Inspector Lowe said as he read aloud Lewis’s caution statement in court.

Inspector Lowe testified that Lewis had told him that after he had killed the man, he asked Bibi about his $6 million payment and the other items she had promised him, but she told him that she had to go to the bank. According to the Police Inspector, Lewis related that the woman paid him only $5000.

The murder accused told Police ranks that shortly after, a man by the name of “John” gave him another $5000 and told him to go away in the “bush”, and that everything would be okay upon his return.

The Police witness said Lewis told him, “So I guh way to Puruni Backdam. Two years after I come back, I hear the matter finish, and I ask John what happened to my car, my money, and house and land, and he tell me the money done on lawyer and tuck shop, and I ain’t got nothing to get. That was it, and I never ask back for anything, and I never see back the woman.

“Dem take advantage of me cause I deh young and didn’t thinking straight. I even hear my uncle Michael get $7 million from [Bibi] for this same wuk. I did lash [her] father in he head with a wood, and I throw away the wood at the back of the yard,” Lewis said in the statement.

Meanwhile, Bibi, who give an unsworn statement in her defence, denied knowing Lewis prior to her father’s death. Her lawyer, Yearwood, had asked her, “Did you at any time tell [Lewis] that you would give him $6 million, house, land and car fuh done [kill] your father?” The woman responded in the negative.

Yearwood again asked, “Were you in any way involved in the death of your father?” Bibi answered, “Sir, I never do that, sir.”

In telling her side of the story, Bibi also refuted Inspector Lowe’s assertion of a confrontation being held between her and Lewis at the Criminal Investigation Department (CID) Headquarters, Eve Leary, Georgetown.

Justice Kissoon, in his sentencing remarks, said the “unthinkable” and “unspeakable” have occurred, considering the circumstances of the elderly man’s death.

The Judge described Habiboodean as a father of 76 years, who toiled and sacrificed over the years, while adding that he was viciously and violently beaten to death in his home in the course of events “conceived, planned, and set in train by none other than his daughter.”

Bibi, Justice Kissoon noted, was motivated by greed and an overwhelming desire for further financial and material wealth, and as a result procured, directed, and commanded Lewis to inflict violence on her elderly father to compel him to sign a document to grant her authority to deal with his interest in property.

Having regard to the circumstances of the case, Justice Kissoon said, the rage and revulsion of society to this crime must be, and shall be, reflected in the sentence of this court.