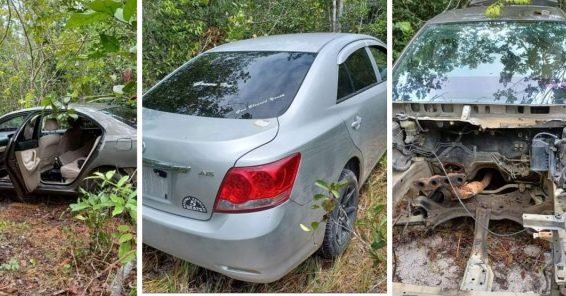 Police ranks investigating the armed robbery of a motorcar have managed to recover the vehicle as well as other stolen vehicles.

The police ranks, who were acting on information received about 09:00hrs the following day, went to the home of the 26-year-old suspect at Kuru Kuru Soesdyke-Linden Highway, where a search was conducted and a 9MM pistol along with several car lights and bumpers were found on the premises.

The 26-year-old suspect subsequently took the ranks to a location in St. Cuthbert’s Mission, where the motorcar (HD 514) along with another vehicle (PSS 1871) that was reportedly stolen sometime between August 13-14, 2022 from Supply Public Road, EBD, were recovered.

The engine along with the front suspension and other parts were missing from the latter. 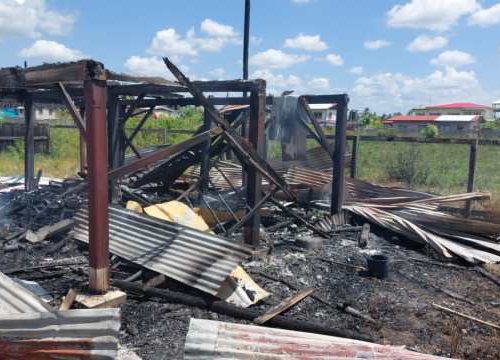 4 homeless after pressure pot explodes and sets house on fire

Based on further information received at the station, a search was conducted at an area at Long Creek and five motorcars that were stripped were found in a valley.