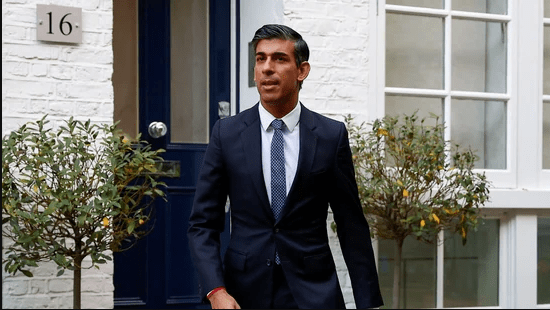 Rishi Sunak to be next UK prime minister

[BBC] Rishi Sunak will become the UK’s first British Asian prime minister after his only remaining rival pulled out of the Tory leadership contest.

Nearly 200 Conservative MPs publicly backed the former chancellor ahead of the nomination deadline on Monday.

It means Mr Sunak will succeed Liz Truss and become the youngest PM for more than 200 years.

The new prime minister is expected to take office in the coming days now the result of the Tory leadership contest is known.

Mr Sunak has addressed Tory MPs after the result was announced by Sir Graham Brady, the chairman of the 1922 committee of backbench Conservatives.

In the behind-closed-doors speech, Mr Sunak told them this was going to be a tough period and there were no easy answers, said MP Simon Hoare.

Mr Sunak’s coronation, in effect, as Tory leader caps a rapid political comeback by the former chancellor after he lost out to Ms Truss in the last leadership contest during the summer.

Ms Truss – whose tax-cutting agenda Mr Sunak dismissed as “fairytale economics” – tweeted to congratulate him and offer her “full support”.

Ms Mordaunt withdrew from the latest contest minutes before the result was announced, admitting it was “clear that colleagues feel we need certainty today”.

“This decision is an historic one and shows, once again, the diversity and talent of our party,” Ms Mordaunt wrote in a tweet. “Rishi has my full support.”

Conservative Party Chairman Jake Berry said it was time for the party to “unite four-square behind Rishi” after a period of intense political turmoil under Ms Truss’s premiership.

Opposition parties have been clamouring for a general election, arguing that Mr Sunak does not have a democratic mandate to become prime minister. Mr Sunak will be the fourth consecutive prime minister – after Theresa May, Boris Johnson and Ms Truss – to take power without a general election.

The next general election is not due to take place until at least 2024, after the Conservatives won a landslide majority in the last one in 2019.

Mr Sunak is under no obligation to call an early election under the UK’s parliamentary political system.

Labour’s deputy leader Angela Rayner said Mr Sunak had been crowned prime minister “without him saying a single word about how he would run the country and without anyone having the chance to vote”.

Liberal Democrat leader Ed Davey said Tory MPs had “installed another out-of-touch prime minister with no plan to repair the damage and without giving the British people a say”.

Scotland’s First Minister Nicola Sturgeon said Mr Sunak should call an early general election and must not “unleash another round of austerity”.