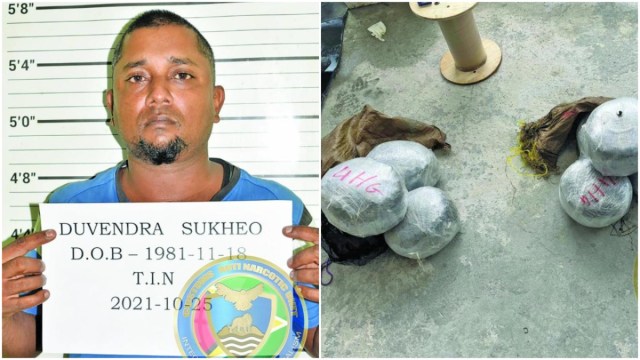 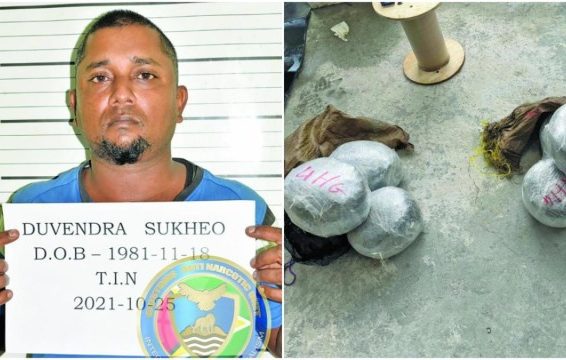 Duvendra Sukheo, 39, of Republic Park, East Bank Demerara (EBD) was today remanded to prison in relation to the $4.7M ganja bust which occurred a few days ago at Rahaman’s Park, Houston, EBD.

Sukheo appeared before Chief Magistrate Ann McLennan at the Georgetown Magistrates’ Court where he pleaded not guilty to the charge of trafficking narcotics.

He was, nevertheless, remanded to prison and the matter was adjourned to November 29, 2021 for disclosure.

On October 25, the Customs Anti-Narcotics Unit (CANU) discovered 15.56kg of marijuana when its ranks intercepted a motorcar in the vicinity of Rahaman’s Park, EBD.

Sukheo, who was the driver of the motorcar, was immediately arrested.