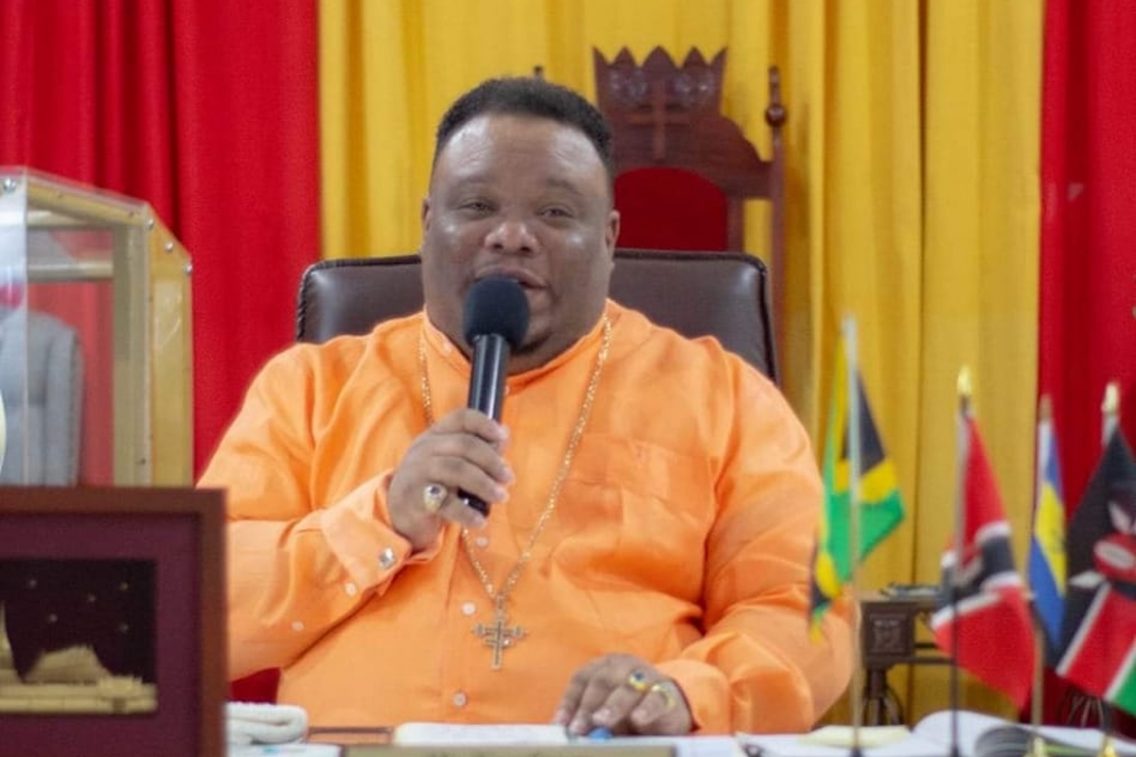 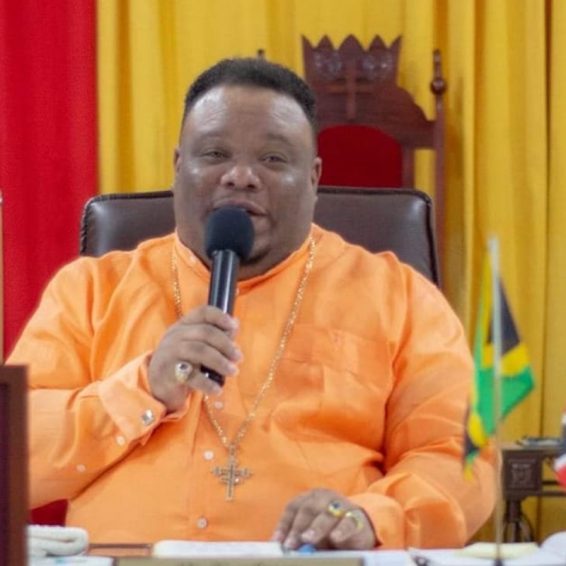 The leader of the Pathways International Restoration Kingdom Ministries, Kevin O. Smith, was reportedly killed in a car crash in St. Catherine on Monday morning. The cult leader has been claiming to be God and insisting his followers call him His Excellency and pay their dues to him as their King before attempting to sacrifice 144 members a week ago in a bizarre human sacrifices ritual.

At the time of his death, he was being transported from Montego Bay to Kingston to be charged for conspiracy to commit murder for the death of two members whose throats were slashed. Reports from the Director of Public Prosecution on Monday morning said that a voluntary bill of indictment was to be issued on Monday morning for him to be tried at the Home Circuit Court in Kingston.

However, before the controversial leader could get to Kingston, he died in the crash.

The Jamaica Constabulary Force also said that three members of the JCF suffered major injuries from the car crash while another unfortunately perished.

Urban Islandz reported on Monday, October 25th, that an unmarked police service vehicle was involved in a collision near the Linstead Bypass near Bog Walk, St. Catherine, Jamaica.

The controversial alleged cult pastor was being held in police custody and has been making the rounds on social media as Jamaicans dissect his various “church” videos ranging from him flirting with a 14-year-old boy who is a member of his congregation, charging his members late fees for arriving late to church, and demanding the first salary each year from members because he was their “King” among other wild practices.

The police arrested Smith after reports that members of his church were allegedly killed in what appears to be human sacrifice last Sunday (October 17th).

Two people were found with their throats slashed, which other witnesses say was as a result of Smith saying they had to be “cleansed” before they could “enter the ark” since there was a “flood” coming.

Another person was also shot and killed by the police when he attacked the security forces with a knife as they attempted to gain entry to the building during the controversial incident, the JCF said.

The JCF investigation had said that Smith would be charged following evidence found on a laptop which said that he and senior members of the organization planned to sacrifice up to 144 people.

According to Nationwide News, one person who was taken into custody had told the police that he was instructed to carry out the human sacrifice by Smith.

Meanwhile, the Jamaica Observer reported that Smith was being taken from Montego Bay to CIB headquarters in downtown Kingston reportedly because of the behavior of police personnel where he was being held in Montego Bay.

Videos circulated over the last weekend showed the cult pastor sitting in a chair rather in the lock-ups where he was recorded on video referring to himself as God sent to save the people, but they did not believe in him.

His wild rantings caused many to speculate that he might get off on the charges due to his popularity and reported connections to the powerful people at the top in Montego Bay. A woman who was also arrested for the killings of the two church members was said to be a policewoman who acted as a henchman for the cult pastor the night of the sacrifice.

Moneybagg Yo Shoot His Shots At A Collab With Tems

Meanwhile, social media erupted in shock at the photos of the accident scene, and the notorious cult leader self-called “His Excellency”.

A photo from the scene showed him wearing a blue button-down silk shirt and a white t-shirt underneath while he was wearing a white mask. Smith was laid on a gurney as what appeared to be first responders were wheeling his body into an ambulance.

Videos of the accident scene and eyewitnesses reported that it took first responders about an hour before Smith was removed from the vehicle in which he was trapped.

“It was about an hour before they finally got him out. Idk wah kinda evil on him but I’m sad that the police man lost his life in this,” one person said on Twitter.

“Two police vehicles escorting him. The marked one created a third lane and went through fine. The one escorting Smith somehow lost control and hit a vehicle. It then spun n hit another vehicle before stopping,” an eyewitness said on Twitter.

Twitter users, however, debated whether Smith’s death was a hoax or if it was real. Urban Islandz confirmed through law enforcement sources who were on the scene that Smith was pronounced dead upon arrival at the hospital.