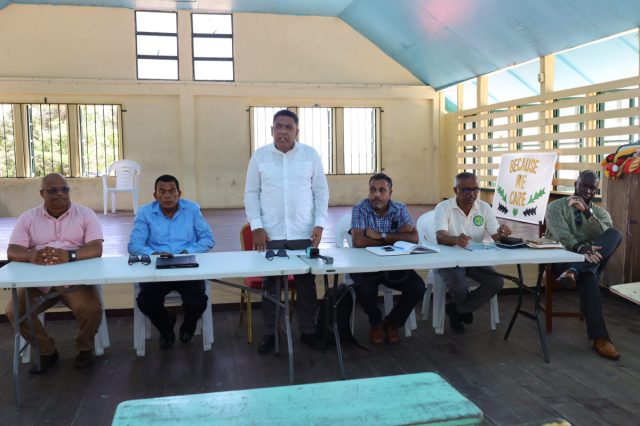 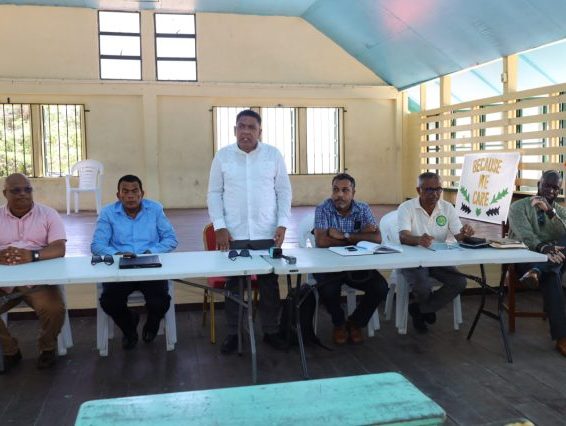 Reg. 7 farming groups get $4M worth of tools to advance agriculture

4 weeks ago·2 min read
ShareTweetPinShare
Home
Local News
Reg. 7 farming groups get $4M worth of tools to advance agriculture
The content originally appeared on: INews Guyana
Agriculture Minister Zulfikar Mustapha along with other MoA and regional officials during the meeting

Agriculture Minister Zulfikar Mustapha today returned to the township of Bartica to deliver on a commitment made to farmers who requested the government’s assistance with further developing their farming practices.

The Minister and a team of officials from the Ministry of Agriculture met with the representatives from various farmers’ groups and handed over a number of farming inputs and materials valued at approximately $4 million.

Prior to today’s visit, Minister Mustapha had visited Bartica and declared that Region Seven should be seen for more than its mining operations. The Minister had alluded to the fact that the government was looking to ramp up agricultural production in every region and that resources would be made available to assist farmers with moving from subsistence farming. It was during that meeting that farmers from several villages in the region made requests for assistance in expanding their farming operations.

During today’s engagement, Minister Mustapha said that although Region Seven is primarily known for its mining operations, agriculture should also be seen as a major activity in the region. He further stated that there were many farmers there who would like to improve their production and earn a livelihood from farming and that the government was committed to making the necessary resources available for them to do so.

“It’s a proud day for Region Seven because we are seeing things happening. Today, we are here to deliver on a commitment made during my last visit to the region; a commitment that will improve the lives of the residents of these communities. Many farmers who attended the last meeting said that they wanted to move away from subsistence farming and made requests for a number of tools and other inputs. They were advised to form themselves into farmers’ groups. Those groups were formed and now we are here to hand over the items that were requested by those farmers. We have a number of cassava mills, chain saws, fogging, machines, tillers, and a number of other inputs,” Minister Mustapha said.

Minister Mustapha also informed farmers that the Ministry through the National Drainage and Irrigation Authority (NDIA) will soon commence drainage and irrigation works that were requested during the previous visit. He further stated that the farmers from Karrau will soon be receiving Black Giant chickens to develop the community’s poultry production.

“After our last visit, our officers looked at the works requested. Those works amounted to approximately $90 million. Within the next two weeks, the ministry through the NDIA will begin to get those contracts awarded so that those works can commence in the various communities. I also committed to assisting the farmers in Karrau with developing their poultry production and by the 13th of September, those birds will be delivered to the village and every household will receive 25 Black Giant chicks,” the Minister added. 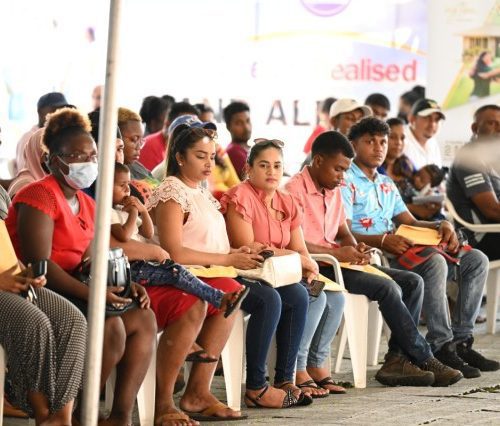 2000 homes to be constructed for Reg 3 families

Minister Mustapha also visited the St. Michael’s Diagnostic and Assessment Learning Center and Private School to assess the progress made with the construction of a shadehouse to support the school’s agriculture programme.

During Minister Mustapha’s previous visit, the school’s CEO requested assistance with the construction of the shadehouse. Minister Mustapha had committed to assisting the school with the material needed along with technical support. Construction is expected to be completed by the end of the week. [Modified Press Release]