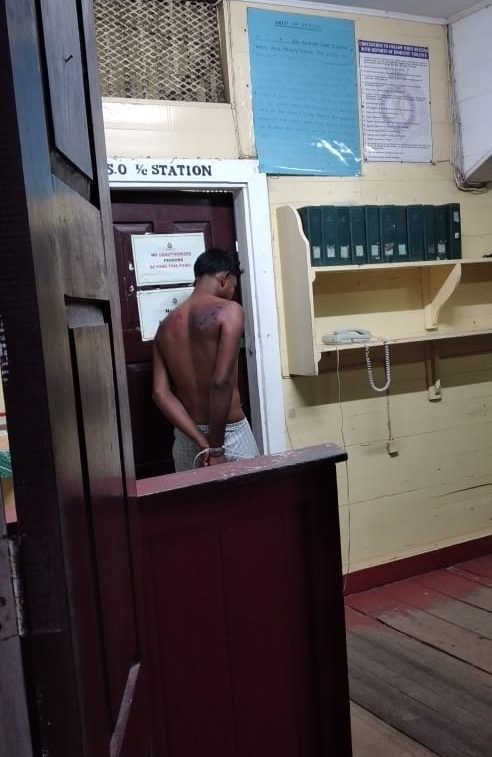 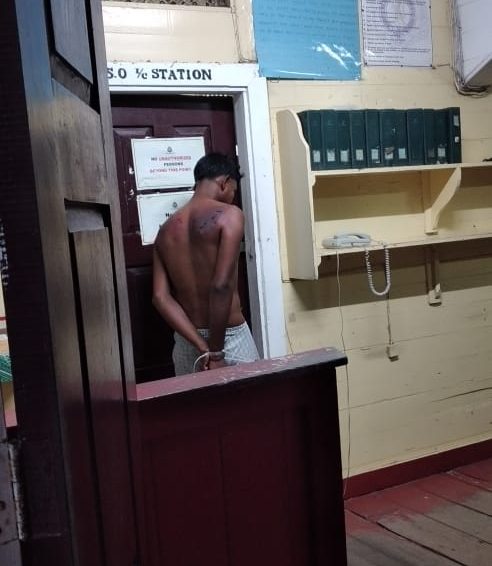 The 25-year-old man of Walton Hall, Essequibo Coast who was on Monday evening reportedly kidnapped and badly beaten has been charged with rape.

Imran Khan, also known as “Panko”, was allegedly taken from his home, forced into a car trunk, and brutally beaten by three men and a woman.

Khan, a minibus driver, was at his home at about 20:30h when the kidnappers allegedly exited a white motorcar, stormed his house, bound his hands behind his back, and forced him into the trunk of their car. During the ordeal, Khan’s mother was in the kitchen.

The kidnappers then allegedly took Khan to a road (ETI Road) leading to Lake Mainstay, where they reportedly gave him a sound thrashing. Reports are that one of the men was armed with a small white gun.

After the beating, the perpetrators took Khan to the Anna Regina Police Station, where several allegations were made against him, including rape.

Khan’s family is unaware of any issue which would warrant the kidnappers harming him but this publication understands that Khan was having a relationship with the daughter of one of the men who allegedly kidnapped him. The daughter is reportedly under the age of 16.

In fact, the Police have since instituted rape charges against Khan. He is expected to make his court appearance shortly.

In an interview with this publication, Khan’s mother, Bhagpattie, recalled that, “I was in the kitchen when a car pulled up in front of my house and took my son…”

The woman said she started to shout, and the kidnappers said, “We go beat am and kill am tonight! Even the President can’t save you when we done.”

The mother claimed the kidnappers told her they were taking him to the Police station, but when the family turned up at the station, they observed the white motor car which had taken Khan coming towards the station.

“When we look at the cross street…the car was coming towards the station. I waited, and I saw they zip-tie my brother’s hand like a prisoner to his back. My brother was brutally beaten… his eyes, face and back were swollen and badly wounded,” Khan’s brother told this publication.