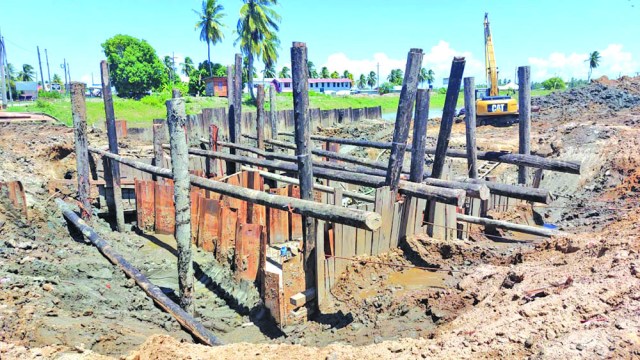 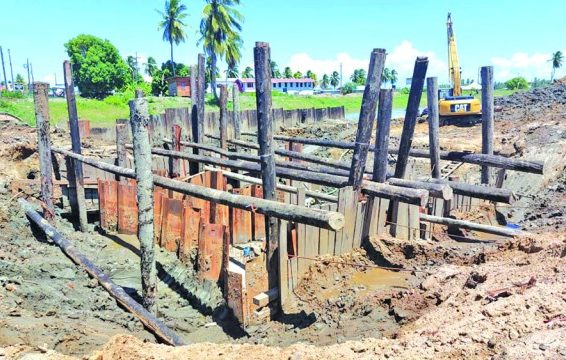 A new pump station is being constructed at Adventure to provide faster drainage to a section of the Black Bush Polder, Corentyne, Region Six (East Berbice-Corentyne).

The pump will also provide drainage for Cookrite Savannah, which is constantly being flooded thus affecting both animals and crops. In 2021, the Agriculture Ministry announced that $80 million would be spent on the construction of a drainage pump station at Adventure.

This, the Ministry had stated, would preserve approximately 5000 acres of rice cultivation by preventing flooding, and enhancing residents’ livelihoods.

Work has started on the new pump station at Adventure. Region Six Chairman David Armogan explained that as soon as the pump is completed, it should be able to avert any major flooding in the Lesbeholden area, which is one of the four polders making up Black Bush.

With the pump being installed at the head of Adventure, it will complement the koker that is already there.

“Once that pump is completed, we should be able to avert flooding, especially in the Lesbeholden area. Then you know we are putting down an additional pump through the Ministry of Agriculture at Number 43 Village and one at Eversham as well. The whole idea is not only Black Bush we are dealing with, we are dealing with the Cookrite Savannah as well. We have a lot of cattle there and we have rice. So, once these pumps become available, we can assist those people in the Cookrite Savannah by bringing water through Black Bush Polder and passing it through the drainage system there,” Armogan said. 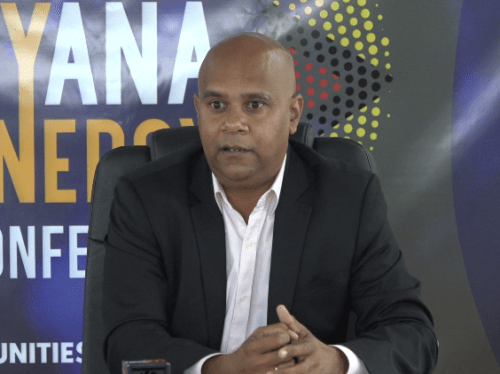 There is no system to get water out of Cookrite Savannah other than through Black Bush Polder.

“We tried to do it through the 52 area but people are complaining that we are flooding them and so we had to revert to the old system of passing the water through Black Bush Polder,” the Regional Chairman added.